The Supreme Court said that "grant of anticipatory bail at the stage of investigation may frustrate the investigating agency in interrogating the accused and in collecting the useful information and also the materials which might have been concealed". 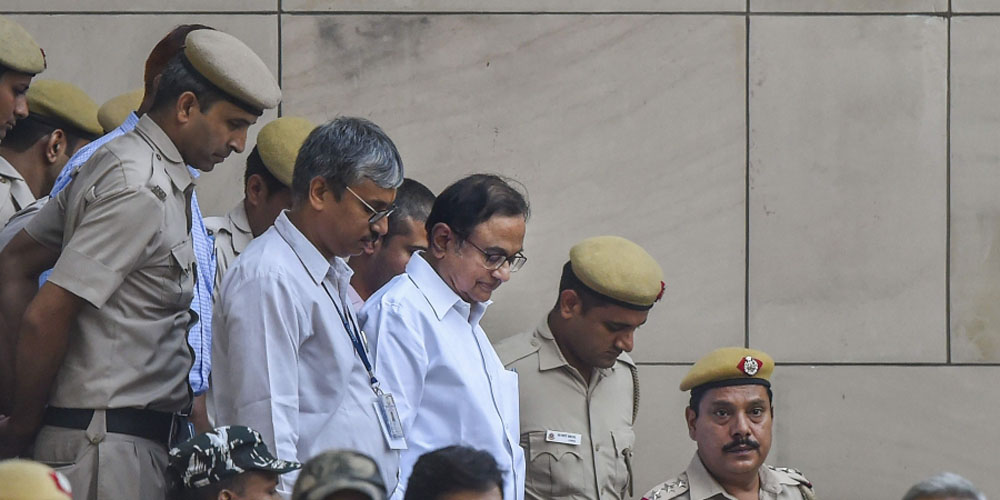 Economic offences "affect the economic fabric of the society" and power to grant pre-arrest bail has to be exercised sparingly especially in such cases, the Supreme Court said Thursday while denying anticipatory bail to former finance minister P Chidambaram in the INX Media money laundering case.

The top court said a case of money laundering involves various stages of 'placement', 'layering' -- that is funds moved to several shell companies/institutions to conceal origin -- and it requires systematic and analysed investigation.

Economic offences stand as a different class and grant of anticipator in economic offences "affect the economic fabric of the society bail, particularly in such offences, would "definitely hamper the effective investigation", it said.

A bench of Justices R Banumathi and A S Bopanna referred to a 1987-verdict of apex court which had held that "economic offence is committed with deliberate design with an eye on personal profit regardless to the consequence to the community".

In its 57-page verdict, the bench said: "Power under Section 438 CrPC (anticipatory bail) being an extraordinary remedy, has to be exercised sparingly; more so, in cases of economic offences. Economic offences stand as a different class as they affect the economic fabric of the society."

It said that "grant of anticipatory bail at the stage of investigation may frustrate the investigating agency in interrogating the accused and in collecting the useful information and also the materials which might have been concealed".

The bench agreed with the submission of Solicitor General Tushar Mehta that money laundering being an economic offence committed with much planning and deliberate design poses a serious threat to the nation's economy, financial integrity and in order to unearth the laundering and trail of money, custodial interrogation of Chidambaram was necessary.

It said, "Success in such interrogation would elude if the accused knows that he is protected by the order of the court. Grant of anticipatory bail, particularly in economic offences would definitely hamper the effective investigation".

The bench said, "Having regard to the materials said to have been collected by the respondent-Enforcement Directorate and considering the stage of the investigation, we are of the view that it is not a fit case to grant anticipatory bail".

It said that keeping in view the nature of allegations against Chidambaram and the stage of investigation, "in our view, the investigating agency has to be given sufficient freedom in the process of investigation".

Referring to Prevention of Money Laundering Act, 2002, the bench said money laundering is a process of "concealing illicit sources of money" and the launderer transforming the money proceeds derived from criminal activity into funds and moved to other institution or transformed into a legitimate asset.

"It is realised the world around that money laundering poses a serious threat not only to the financial systems of the countries but also to their integrity and sovereignty," it said.

It said PMLA was "enacted in pursuance of the Political Declaration adopted by the special session of the United Nations General Assembly held in June 1998, calling upon the Member States to adopt national money-laundering legislation and programme, primarily with a view to meet out the serious threat posed by money laundering to the financial system of the countries and to their integrity and sovereignty".

The apex court dismissed Chidambaram's appeal challenging the August 20 verdict of the Delhi High Court denying him anticipatory bail in INX Media money laundering case lodged by the Enforcement Directorate (ED) saying there were no grounds warranting interference with the order.

The CBI had lodged an FIR on May 15, 2017, alleging irregularities in FIPB clearance granted to INX Media group for receiving overseas funds of Rs 305 crore in 2007 during Chidambaram's tenure as finance minister.

Thereafter, the ED lodged a money laundering case in 2017.