Xi's first suggestion was that the two nations should take a correct view of each other's development and enhance strategic mutual trust. 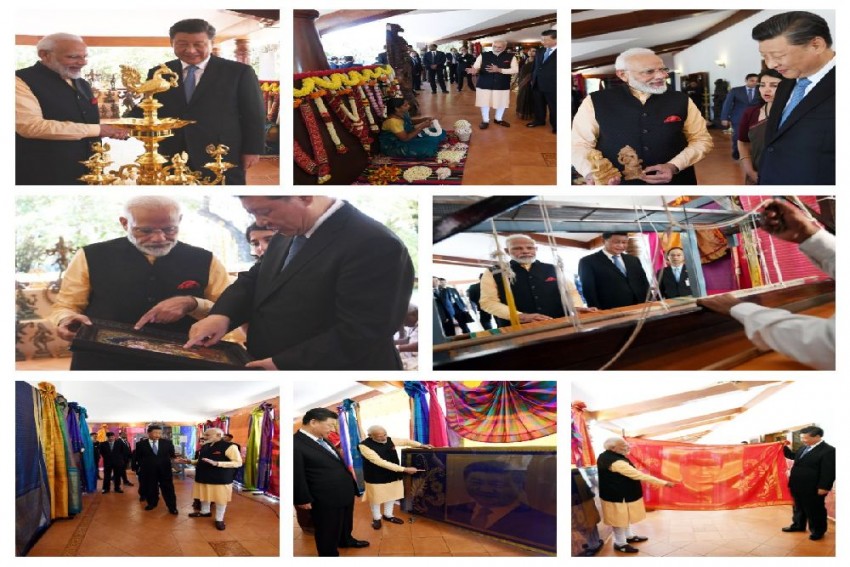 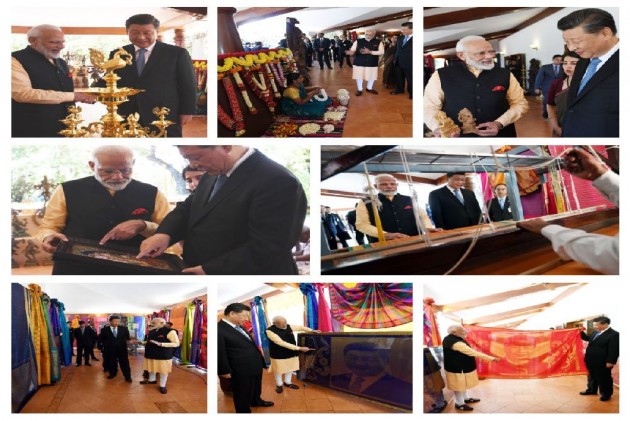 To achieve a "Dragon and Elephant Dance" is the only correct choice for China and India relations, suggested Chinese President Xi Jinping during his talks with Indian Prime Minister Narendra Modi at the Mahabalipuram informal summit in Tamil Nadu.

According to a Chinese Ministry of Foreign Affairs statement, the two leaders "exchanged views openly and deeply on China-India relations and major international and regional issues of common concern in a friendly and relaxed atmosphere".

Xi's first suggestion was that "we should take a correct view of each other's development and enhance strategic mutual trust. No matter from any point of view, China and India should be good neighbours and good partners who live in harmony and move forward hand in hand". To achieve "Dragon and Elephant Dance" is the only correct choice for China and India, which is in the fundamental interests of both countries and their people.

"We should correctly look at the differences between the two countries and not let them dilute the overall situation of cooperation between the two countries. At the same time, we should gradually seek understanding through communication and constantly resolve differences. China hopes to develop itself well and India well. China and India should make mutual achievements and "illuminate" each other," the statement said.

His second suggestion was, "we should carry out strategic communication in a timely and effective manner, enhance mutual understanding and cooperation, and firmly grasp the general direction of the development of bilateral relations. Focus on friendship and cooperation, resolve suspicions and doubts, and properly handle differences and sensitive issues.

"In accordance with the agreement on political guiding principles, we will seek a fair and reasonable solution to the border issue that is acceptable to both sides. Careful handling of issues involving each other's core interests. We should properly control problems that cannot be solved for a while."

His third suggestion was to "improve the level of military security exchanges and cooperation". Promote the development of bilateral military relations, focus on doubt-clearing and friendly cooperation, carry out professional cooperation, joint exercises and other activities, continuously enhance mutual trust between the two armies, strengthen cooperation between law enforcement and security departments, and maintain regional security and stability.

Fourthly, deepen pragmatic cooperation and tighten interest ties. "We should take the establishment of a high-level economic and trade dialogue mechanism as an opportunity to strengthen the strategic docking of economic development between the two countries and explore the establishment of a manufacturing partnership. Indian pharmaceutical enterprises and information technology enterprises are welcome to invest and cooperate in China."

Fifth, enrich cultural exchanges and lay a solid foundation for friendship. Next year, "we will celebrate the 70th anniversary of the establishment of diplomatic relations between the two countries and celebrate the Year of Sino-Indian Cultural Exchange".

We will support the establishment of friendly provincial city relations between Fujian Province and Tamil Nadu, Quanzhou and Chennai City, and write a new chapter of the Maritime Silk Road.

Coordination should be strengthened within the framework of multilateral mechanisms such as the Group of Twenty, the BRICS countries, the Shanghai Cooperation Organization, China, Russia and India. We will explore gradually expanding Sino-Indian plus cooperation to South Asia, South-East Asia and Africa, building a more smooth regional interconnection network, and reaching a "Regional Comprehensive Economic Partnership Agreement" as soon as possible.

Modi said that as two ancient civilizations and major developing countries, India and China have positive and important significance for both countries and the world to strengthen communication, coordination and cooperation and maintain stable development of relations in the current uncertain international situation." We should take care of each other 's major concerns, effectively control and handle differences, prevent them from becoming disputes, develop closer partnerships and open a new era of India-China relations."

Modi said: "Both countries are facing many similar challenges. India is willing to exchange and learn from each other, deepen and expand practical cooperation with China. India thanks China for actively increasing imports of Indian rice, sugar and other products.

"It hopes to make good use of the high-level economic and trade dialogue mechanism to promote the balanced and sustainable development of bilateral trade. India welcomes more Chinese enterprises to invest in manufacturing and other industries," he said.

The prime minister added, "Next year, the two sides should jointly organize 70 events to celebrate the 70th anniversary of diplomatic relations and welcome more Chinese tourists to India. It is hoped that the two sides will carry out joint research and dig deeply into the long history of India-China exchanges."

India cherishes its strategic autonomy and is willing to strengthen communication and coordination with China under the multilateral framework to jointly meet global challenges and safeguard the legitimate rights and interest s of developing countries. India is ready to work with China to promote the early conclusion of the "Regional Comprehensive Economic Partnership Agreement" and the development of connectivity and cooperation. India is willing to strengthen anti-terrorism cooperation with China," the Chinese Ministry of Foreign Affairs statement quoted Modi as saying.