‘In Uttar Pradesh, the situation is such that criminals are not monitored, but rather the history-sheet of innocent persons is opened,’ Dr Kafeel Khan said responding to the developments 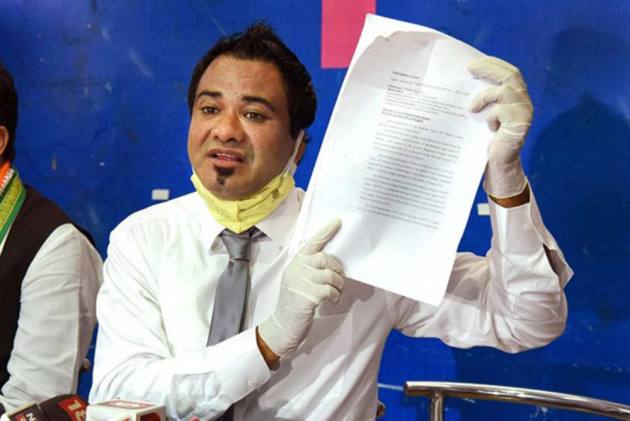 Dr Kafeel Khan, has been named one among 80 others, who have been included in the Uttar Pradesh administration’s list of history-sheeters in Gorakhpur district, officials said adding that the 81 people were named in the list on the instruction of Senior Superintendent of Police Jogendra Kumar.

With this addition, Uttar Pradesh’s Gorakhpur district has a total of 1,543 history-sheeters, or persons with a criminal record.

Kafeel Khan's brother Adeel Khan, however, told PTI that the history-sheet against the doctor was opened on June 18, 2020, but the information was given to the media only on Friday.

'UP Police Undressed Me, Beat Me Badly On My Bum So That I Couldn’t Sit': Kafeel Khan

In a video message released on Saturday, Kafeel Khan said, "The UP government has opened my history-sheet. They say that they will monitor me for life. Good, give two security guards who will keep an eye on me for 24 hours. At least, I will be able to save myself from fake cases."
"In Uttar Pradesh, the situation is such that criminals are not monitored, but the history-sheet of innocent persons is opened," he charged.

Khan was arrested in January 2020 after a speech he had delivered at the Aligarh Muslim University on December 10, 2019 during the anti-Citizenship (Amendment) Act (CAA) protests. He was subsequently booked under the stringent National Security Act (NSA).

On September 1, 2020, the Allahabad High Court had quashed Khan's detention under the NSA and ordered his immediate release, saying his speech at the Aligarh Muslim University (AMU) didn't promote hatred or violence.

In his video message, Khan also said he had written to the state government requesting it to reinstate him at his post in Gorakhpur's Baba Raghav Das (BRD) Medical College.

Khan hit the headlines after the 2017 tragedy at the BRD Medical College, in which several children died due to lack of oxygen cylinders. Initially, he was hailed as a saviour for the children for arranging emergency oxygen cylinders but later, faced action, along with nine other doctors and staff members of the hospital, all of whom were released on bail later.