Hema Malini said that many people were killed in her constituency in Mathura and its nearby area like Vrindavan due to attacks by the simians. 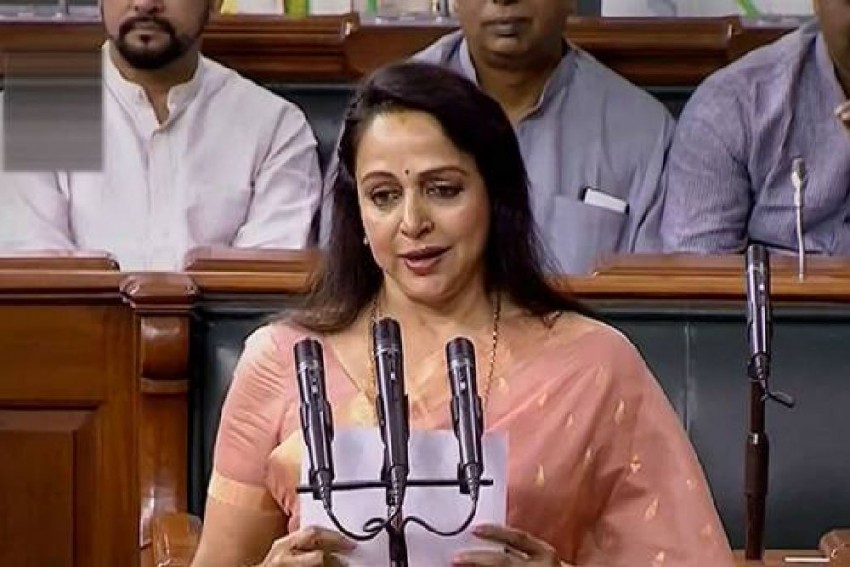 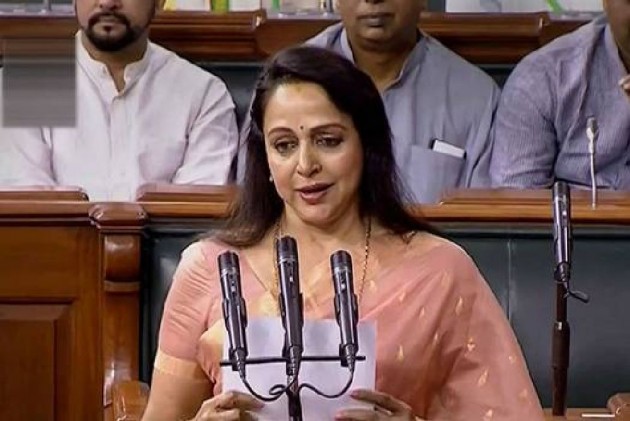 Monkey menace in Mathura and Delhi reverberated in Lok Sabha on Thursday with BJP MP and Bollywood actor Hema Malini raising the issue as a notable problem which she claimed has caused deaths of various people in her constituency, seeking government attention towards the matter.

Members across party lines were on the same page over the issue when the matter was raised in the Lok Sabha during Zero Hour. They noted the problem as an alarming and serious one seeking government's action to deal with the menace.

Raising the issue, Malini said that many people were killed in her constituency in Mathura and its nearby area like Vrindavan due to attacks by the simians.

"The natural habitat of monkeys has shrunk and people in Vrindavan are forced to deal with them strictly when they visit residential areas in search of food. Pilgrims offer fried food such as 'kachori' and 'samosa' to monkeys due to which they are falling sick and in turn affecting the health of people," Hema Malini said.

#WATCH: Hema Malini, BJP MP from Mathura: I've demanded a Monkey Safari (in Mathura) for safety of monkeys.Also,there should be fruit bearing trees in forests.Monkeys have picked up food habits of humans which is not healthy for them.They don't want fruits now,but samosa & fruity pic.twitter.com/F6TXhfH1ll

She said attempts had been made to sterilise monkeys which turned them "very violent". "They have made life-threatening attacks. People have been killed in Vrindavan."

The MP said that the animals also have the right to live and the forest department should create a "monkey safari" which will solve the problem.

"Please do not treat the matter lightly. It is a very, very important matter," she added.

Lok Janshakti Party (LJP) member Chirag Paswan echoed Hema's sentiments and informed the House that the menace in Lutyens' Delhi is no less a serious one. "There is a terror of monkeys. Children cannot sit in gardens due to Monkey menace in Delhi's Lutyens' zone," Paswan said.

Noting that deforestation has led to the reduction of forests which makes monkeys come near residential areas, Paswan sought government's attention to preserve the habitat of monkeys so that they could not come to the residential areas.

Trinamool Congress MP Sudip Bandyopadhyay recalled how his spectacles were swiftly snatched when he visited Mathura and were recovered after the monkey was offered "fruity".

Bandopadhyay said he regularly visits Rama Krishna mission in Vrindavan and during one such time at Banke Bihari Mandir, his spectacles were whisked off his face.

"I had only taken a step or two and there was a touching feeling. There was no spectacle on my eyes. It was unbelievable," Bandyopadhyay said. He said fruity packs were offered to the monkey who then returned the spectacles.

Bandyopadhyay said that notices have been put up in the area asking people to keep spectacles in their pocket. The MP said that the situation is very dangerous and asked for a step to tackle the issue.