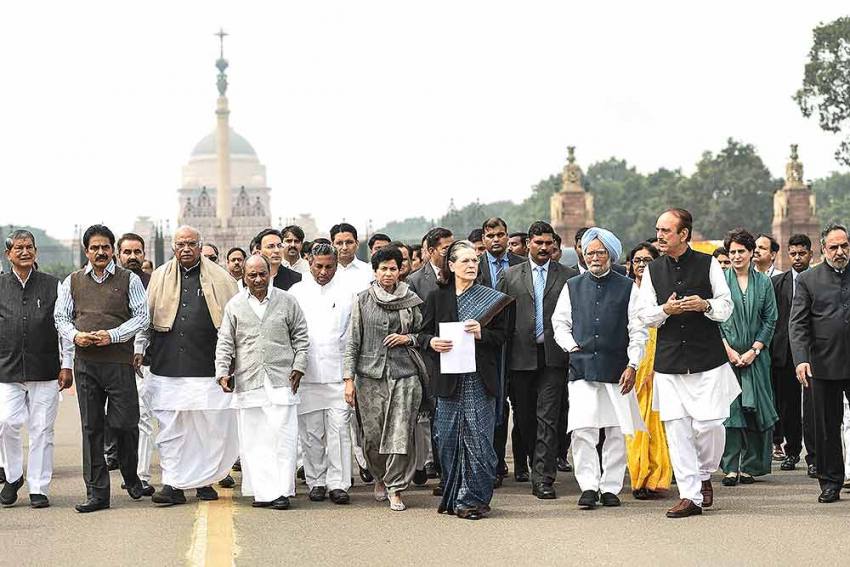 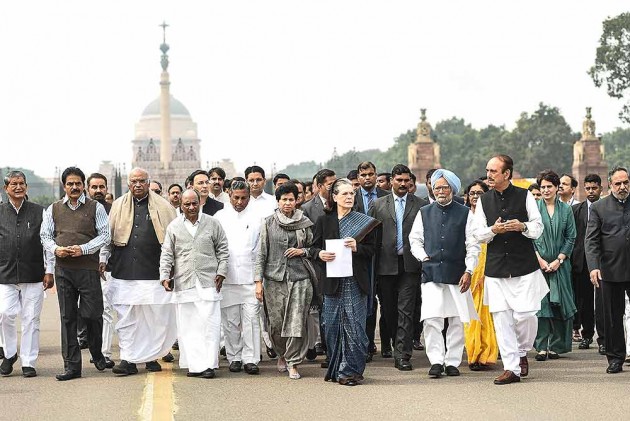 Amid an ongoing tussle between the young and old guard in the Congress, party veterans urged their colleagues on Saturday not to discredit their own legacy and said by doing so, they would only be aiding the BJP's designs to undermine the party in the public eye.

Advising restraint in airing grievances in public, several former Union ministers cautioned party colleagues, saying such tendencies divide the Congress at a time when unity is needed. They also said one needs to learn from past defeats and revive the party rather than play into the hands of its "ideological enemies".

Rising in defence of the Congress-led United Progressive Alliance (UPA), the performance of which was questioned by young leader Rajiv Satav at a recent meeting of the party's Rajya Sabha MPs, former Union minister Anand Sharma said no one discredits their own legacy.

"Congressmen must be proud of the UPA's legacy. No party disowns or discredits its legacy. Nobody expects the BJP to be charitable and give us credit, but our own should respect and not forget," the deputy leader of the Congress in the Rajya Sabha said.

Another leader said it is sad to see certain elements in the Congress knowingly or unknowingly aiding the BJP's design of keeping the party at loggerheads in public perception, when everyone should be seen united against Prime Minister Narendra Modi and his government.

"BJP was out of power for 10 years 2004-14. Not once did they ever blame Vajpayee or his Government for their then predicaments.

"In Congress, unfortunately, some ill-informed would rather take swipes at Dr Manmohan Singh led UPA govt than fight NDA/BJP. When unity is required they divide," former Union minister Manish Tewari wrote on Twitter.

"Could he have ever imagined that some from his own party would dismiss his years of service to the nation and seek to destroy his legacy - that, too, in his presence?" Deora asked in a tweet.

Another former Union minister, Shashi Tharoor, agreed with Tewari and Deora and said, "UPA's transformative ten years were distorted and traduced by a motivated and malicious narrative. There's plenty to learn from our defeats and much to be done to revive Congress. But not by playing into the hands of our ideological enemies."

I agree with @ManishTewari & @milinddeora. UPA's transformative ten years were distorted & traduced by a motivated & malicious narrative. There's plenty to learn from our defeats & much to be done to revive @INCIndia. But not by playing into the hands of our ideological enemies. https://t.co/Ui6WUlBl3F

The debate was triggered by Satav, who asked former ministers Kapil Sibal and P Chidambaram to introspect on the decline of the grand old party.

"The two led India to a decade of compassionate and inclusive growth which all of us are proud of," he said, adding that personally, he is proud to have been a part of both the UPA-1 and UPA-2 governments even as he recalled some of the achievements of the time in social and economic spheres.

"UPA government was victim of a grand political conspiracy and malicious disinformation campaign of the BJP, political opponents and powerful vested interests. Six years later, what was alleged in 2014 stands proven false in 2020.

"Where are the leaders of the Campaign against Corruption today? The authors of the conspiracy generously rewarded the cheerleaders asking no questions," Sharma said in a series of tweets.

Sources close to the Congress leadership said pioneering reforms of UPA-1 and UPA-2 were conceived, designed and formulated by the party, the National Advisory Council, Sonia Gandhi and Rahul Gandhi, and were successfully implemented and executed by Singh and Team Congress.

Noting that some people within the party were aiding the ruling Bharatiya Janata Party's (BJP) design, a source said, "Many of them are rootless wanderers seeking positions of power and place in the Rajya Sabha. All of them need to introspect that everybody needs to stand with Rahul Gandhi in fighting Narendra Modi rather than hankering for pies or positions of power."

"This is the greatest disservice they are doing to the Manmohan Singh government as also to the Congress party. If they have an iota of faith or commitment to the Congress cause, they should stand unitedly behind Rahul Gandhi in the fight to take on the Modi government," the leader said.

The divide between the young and old guard has routinely surfaced in the Congress, peaking recently with the exit of former MP Jyotiraditya Scindia in Madhya Pradesh and the ongoing rebellion of Sachin Pilot in Rajasthan.