Official said both the states will be looking for an amicable solution and have been asked to continue the discussions. 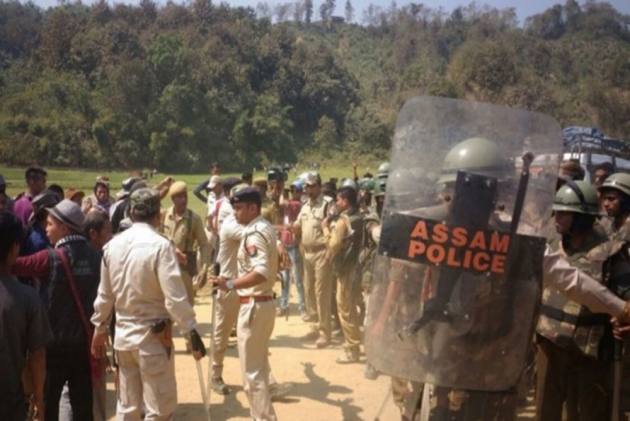 Both state governments have agreed for the deployment of a neutral Central Armed Police Force (CAPF) at the disturbed interstate border along the National Highway 306, a Home Ministry official said.

The neutral force will be commanded by a senior officer of the CAPF.

Besides, in order to facilitate the functioning of the force, both the state governments will work out arrangements in coordination with the Union Home Ministry within a reasonable timeframe.

The home secretary also conveyed to the delegations of Assam and Mizoram that the two governments should continue discussions mutually to resolve the border issue in an amicable manner, the officials said.

The chief secretaries and the police heads of Assam and Mizoram were called by the union home ministry to resolve the ongoing border conflict between the two states.

Later, talking to reporters, the Mizoram chief secretary said the situation along the interstate border is currently peaceful and it was agreed in the meeting that everyone will try to maintain peace and there was no point in indulging in violence.

State forces are being withdrawn from the disputed area, he said.

The Assam chief secretary said the CAPF will take over the responsibility of the inter-state border.

The process of withdrawal of state police forces is being worked out, he said.

Earlier, another home ministry official said that the central government was concerned over the border dispute which led to violence and deaths of six people.

The objective of the meeting is to lower the tension, bring peace and possibly find a solution, the official said.

The Director General of CRPF also attended the meeting as the personnel of the paramilitary force have currently been deployed in the Assam-Mizoram border areas where tension is high, the official said.

Five Assam Police personnel and a civilian were killed and over 50 others including a superintendent of police were injured when the Mizoram Police opened fire on a team of the Assam officials Monday.

After counter-allegations of encroachment of territory over the past few weeks and skirmishes that escalated tensions between the two states, violent clashes were reported along the inter-state border that ended in the death of five Assam Police men and a civilian.