Delhi Riots: School Owner's Son Claims He Is Being Threatened To Withdraw His Case

In his complaint filed on July 4 at Dayalpur police station, the man had said his school was ransacked and set afire by the rioters on February 24 and 25, following which a case was registered by his father. 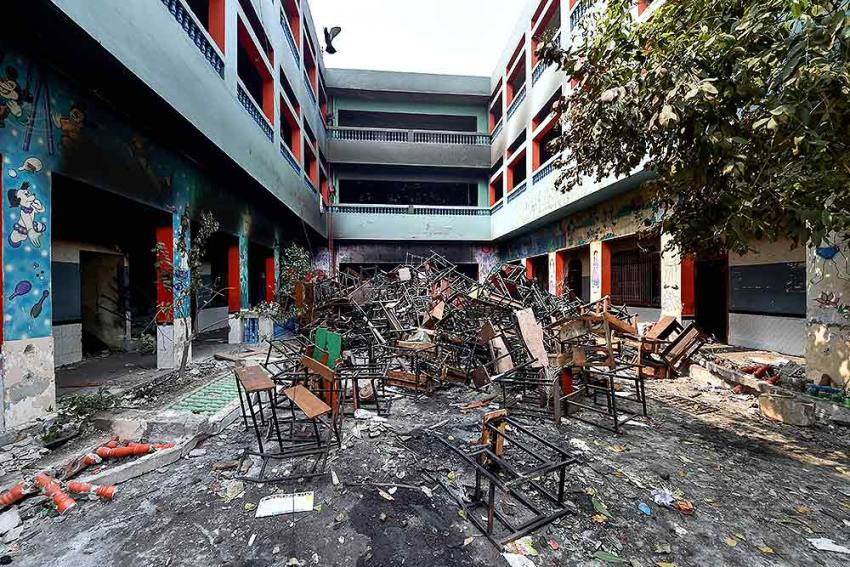 The son of the owner of DRP Convent School, which was burnt down during the riots in northeast Delhi, has filed a complaint with the police claiming he is being pressured to take back his case, police said on Wednesday.

In his complaint filed on July 4 at Dayalpur police station, he had said his school was ransacked and set afire by the rioters on February 24 and 25, following which a case was registered by his father, they said.

On July 4 at around 10.48 am, he received a call from an unknown number wherein a person threatened him to take his case back and if he fails to do it, then some 'Faisal Bhai' would see him, police said.

A senior police officer said based on the complaint, a case was registered and an investigation is underway.

On June 3, the Delhi Police had filed a charge sheet before a court here in relation to riots in which the building of DRP Convent School was burnt down in northeast Delhi.

Faisal Farooque, owner of Rajdhani School in Shiv Vihar locality, was among the 18 people arrested for their alleged involvement in burning down and damaging the property of adjacent DRP Convent School.