The police, however, said they do not have the videos of the time when the group's member Devangana Kalita, a JNU student, was allegedly making instigating speeches during the riots incident. 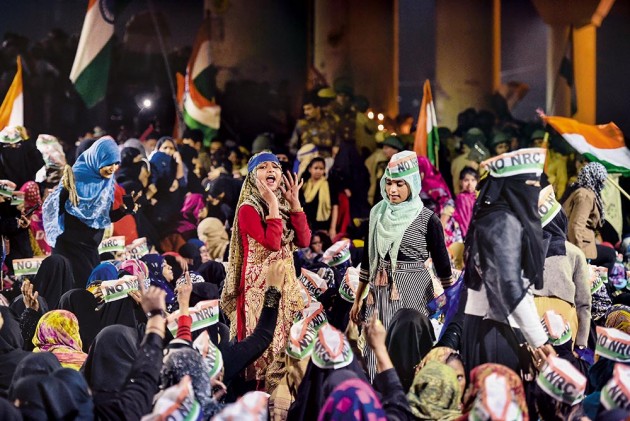 The Delhi High Court Friday asked Delhi Police to show the videos of a member of Pinjra Tod group, a women’s collective, allegedly making instigating speeches during the communal violence in northeast Delhi early this year.

The police, however, said they do not have the videos of the time when the group's member Devangana Kalita, a JNU student, was allegedly making instigating speeches during the riots incident.

The police said it has the videos of her allegedly instigating people before the riots took place on February 24 and 25 and also of February 22 and 23 when a large gathering was sitting and protesting outside Jafrabad metro station in northeast Delhi against the Citizenship Amendment Act (CAA).

While hearing the arguments on Kalita's bail plea in a case related to the communal violence in Delhi during protests against the CAA, Justice Suresh Kumar
Kait said, “Show me any portion of the speech recorded by the media or anyone else which showed that Kalita instigated the mob to commit the crime.”

During that period, the media was everywhere and recording everything, the court said.

“I want to know what she said which instigated the mob,” the judge said.

Additional Solicitor General (ASG) S V Raju, appearing for the police, said there was no media on February 25 when the incident happened and the witness accounts showed Kalita's role in instigating the mob.

When the law officer stated that Kalita’s call detail records showed her location to be that spot, the judge said even she has admitted that she was there.

“It was well planned and organised at a time when US President Donald Trump was to come here. It was done to damage the image of the country. Public property was destroyed and a large number of people were injured and one person died,” the ASG argued while opposing the bail plea.

Senior advocate Kapil Sibal, representing Kalita, said the police was not showing any instigation or speeches allegedly given by her but was only relying on statements of others recorded under the CrPC.

The counsel shared a video with the court to show that the police were recording the protest and said the officials were still not showing any videos to the
court.

“Accused in not a politician. She is an academician and a research scholar. She has already been granted bail in two cases. Let the police show us the video
and the hate speech. The police are not showing us that there is any possibility of her fleeing from justice,” Sibal submitted.

The high court, after hearing the arguments, reserved its order on the plea challenging a trial court’s order which had dismissed Kalita's bail application.

During the hearing, the ASG said it was a case where a large number of persons were involved and it is not possible that everyone comes in video footage and the evidence showed that Kalita was involved in the riots.

Countering Sibal’s arguments, he said the academic record of a person is not required for considering bail and it is the nature of the offence which is required to be seen for bail and whether she can tamper with the evidence.

“Others are poor illiterate ladies who were instigated to turn violent. They were given false statements. It was a case of conspiracy and violation of
section 144 CrPC order. Poor people were misled by her that they will be thrown out of the country,” Raju contended.

He added “they are very clever operators. She is educated and knows the law, so she also knows how to evade the law. It is a very case.”

When the court asked the investigating officer in the case whether he had recorded the speech given by Kalita, he said there was a mob of 10,000 people and
even media persons were not there and that she was making the statement a kilometre away.

“If she was 1 km away, how did you manage to hear what she was saying,” the judge asked.

To this, the IO replied the SHO who had gone near Kalita had heard her making an instigating speech.

Kalita and another member of the group Natasha Narwal were arrested in the case in May by the Crime Branch of the Delhi police and booked under various
sections of the Indian Penal Code including rioting, unlawful assembly and attempt to murder.

They have also been booked under the stringent anti-terror law - Unlawful Activities (Prevention) Act in a separate case related to the communal violence,
for allegedly being part of a "premeditated conspiracy" in the riots.

Communal clashes had broken out in northeast Delhi on February 24 after violence between citizenship law supporters and protesters spiralled out of control
leaving at least 53 people dead and around 200 injured.

In all, four cases have been registered against her, including in relation to the northeast Delhi riots earlier this year and violence in old Delhi's Daryaganj area during protests against the Citizenship Amendment Act (CAA) in December last year.

Kalita has secured bail in two cases -- Daryaganj and one northeast Delhi matter.

On June 14, a trial court had dismissed Kalita’s bail plea on the ground that there was no merit in the application and that it was amply clear from the charge sheet that the investigation was still pending and it has been filed against other accused persons also

Pinjra Tod (Break the Cage) was founded in 2015 to make hostels and paying guest accommodations less restrictive for women students.