Delhi Rattled By Alliance, Campaign Against It Likely To Intensify: Mehbooba 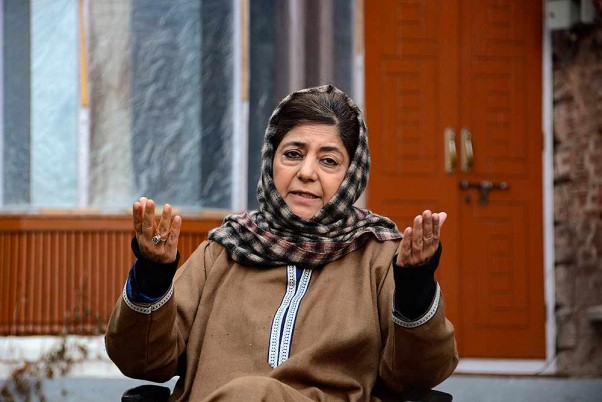 Former Chief Minister Mehbooba Mufti dismissed voices against the People’s Alliance for Gupkar Declaration calling them baseless theories. She said Delhi is deeply rattled by the Alliance and the false campaign against it is likely to intensify.

Mehbooba said amidst all the unnecessary speculation about the Alliance, she would like to make a few things absolutely clear. “The purpose of this grand alliance is not for petty electoral gains. It exists for a much larger cause and purpose i.e. to restore J&K’s special status,” she said.

“A lot of baseless theories are being deliberately floated to discredit PAGD amongst masses since they overwhelmingly voted for us in the DDC elections. Regardless of who fought how many seats, our purpose to deny BJP & its proxies democratic space has been achieved,” Mehbooba said.

“Delhi is deeply rattled by PAGD so I expect this false campaign to intensify in the coming days. Many PDP leaders are already arrested & I expect the situation to worsen. But this will not break our resolve to stand united & fight for whats rightfully ours,” Mehbooba tweeted.

Earlier, National Conference leader Basharat Bukhari had asked the top leadership of the Alliance for a roadmap. After that, two senior Peoples Conference (PC) leaders, party general secretary Imran Reza Ansari and vice-president Abdul Gani Vakil questioned the PAGD leadership about the lack of action against those who contested as Independent candidates during the DDC polls and won the elections by defeating the official PAGD candidates.

In the eight-phase DDC elections, the first such exercise in J&K, the PAGD, a two-month-old amalgam led by Farooq Abdullah, got 110 seats of the total 280 across the Union Territory’s 20 districts. The PAGD is likely to control 13 districts out of 20. The PAGD comprises the National Conference, Peoples Democratic Party and other smaller parties.