Earlier during the day, a group of Jamia students staged a candle-light march at Batla House. 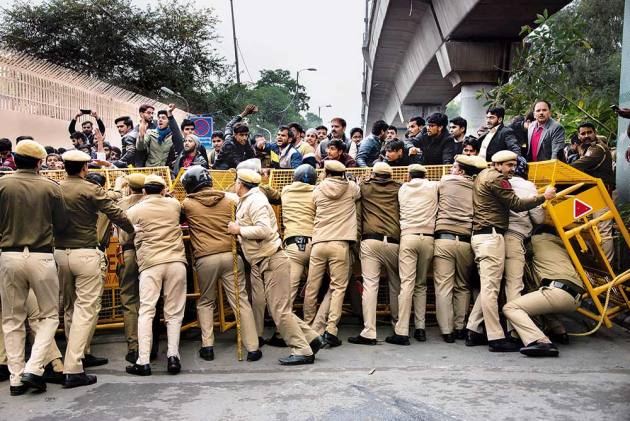 Delhi police detained Jamia students on Wednesday while a group of them staged a demonstration to commemorate the one-year anniversary of violence that occurred in the university when police lathi-charged and tear gassed students inside the university’s library as they took part in the anti-Citizenship Amendment Act protests.

Videos of the incident have been shared on social media.

Police arrested student/youth from nafees road batla house, #jamianagar who were participating in candle March in solidarity with last year police brutality against the students of #JamiaUniversity. pic.twitter.com/SG7CfEWpq1

Earlier during the day, a group of Jamia students staged a candle-light march at Batla House. According to reports, police detained the group at the Lajpath Nagar police station and released the students after “counselling” them.