The incident took place in Dhamchi village during the flag hoisting function on Independence Day on Sunday. 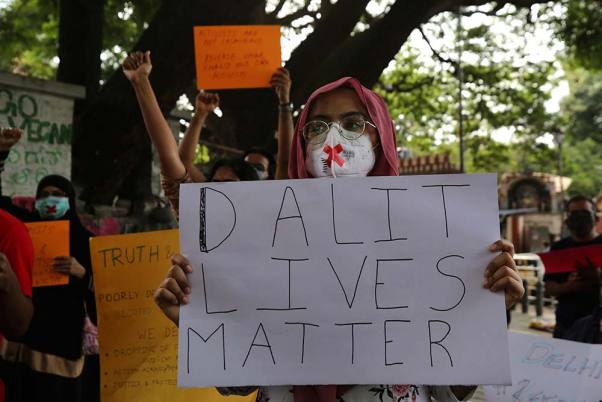 The National Commission for Scheduled Castes (NCSC) Monday sent a notice to Madhya Pradesh government after a Dalit sarpanch and his family members were allegedly assaulted and manhandled by an upper caste secretary of the gram panchayat in Chattarpur district.

The incident took place in Dhamchi village during the flag hoisting function on Independence Day on Sunday.

Taking strong note of the incident, the NCSC, on the orders of Chairman Vijay Sampla, sought from the Madhya Pradesh government an action taken report (ATR), immediately.

According to the information received by the NCSC, a purported video of the alleged incident has gone viral on social media and picked up by various news websites.

In the clip, Hannu Basor can be seen getting kicked and manhandled by Sunil Tiwari who was upset as the sarpanch had hoisted the tricolour during the Independence Day function, in his absence.

Through the news article published in the online news websites dated August 16, the NCSC got the information that the sarpanch's wife and daughter-in-law were also beaten and attacked by the secretary when they came to his rescue, a statement said.

Soon after the video of the sarpanch’s assault went viral, Sampla tweeted from his official Twitter handle and asked the Madhya Pradesh's chief secretary, director general of police as well as the district collector and superintendent of police of Chattarpur to submit the ATR through post or e-mail.

Sampla cautioned the officers that if the ATR is not received, the NCSC might exercise the powers of the civil court conferred on it under article 338 of the constitution and issue summons for their personal appearance before the commission in Delhi.

“This is saddening that the Dalit sarpanch was attacked for hoisting the national flag during the Independence Day function,” Sampla said in a tweet in Hindi.