Cyclone Fani is likely to hit the Odisha coast by May 3 afternoon and affect it as well as West Bengal the most, and also the Srikakulam and Vizianagaram districts of Andhra Pradesh. Follow live updates 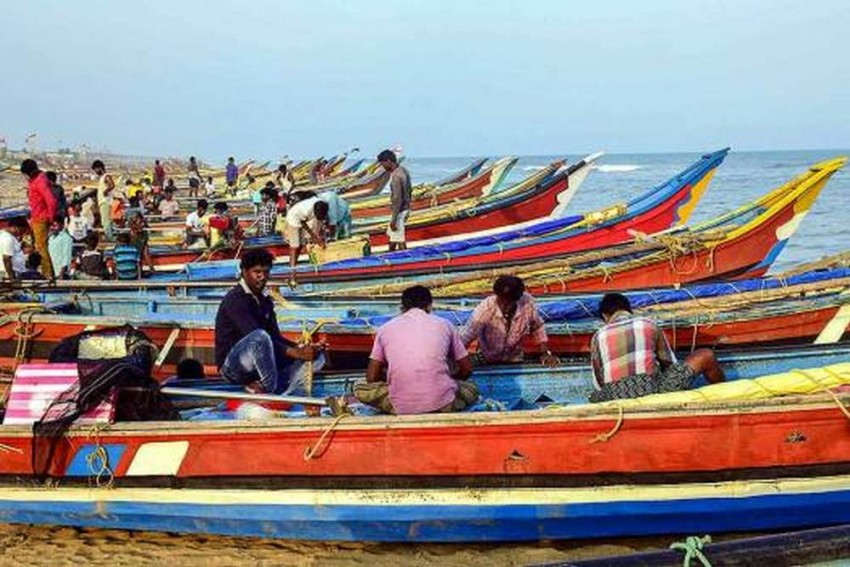 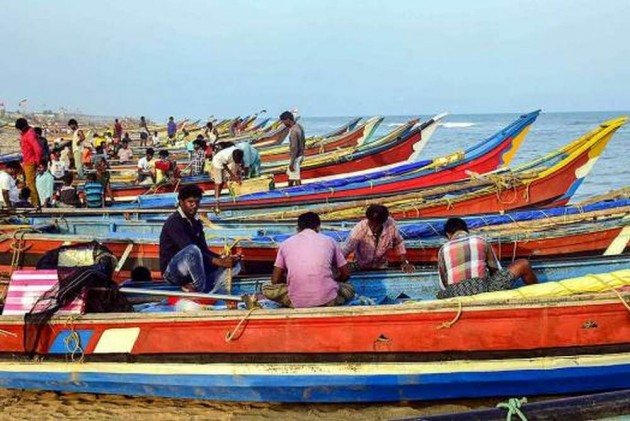 The Odisha government on Wednesday ordered the closure of all educational institutions in the state from May 2 as cyclone 'Fani' continues to intensify, keeping the coastal region on the edge.

Cyclone Fani is likely to hit the Odisha coast by May 3 afternoon and affect it as well as West Bengal the most, and also the Srikakulam and Vizianagaram districts of Andhra Pradesh. The wind speed before landfall would be about 175 km/h and pass through Jagatsinghpur, Cuttack (Niali), Jajpur, Bhadrak, Balasore and Mayurbhanj districts in Odisha before going to West Bengal.

The IMD predicted that an extremely severe cyclonic storm 'Fani' was likely to cross between Gopalpur and Chandbali, to the south of Puri, while 11 districts of Odisha were to be affected.

The Election Commission has approved the lifting of model code of conduct in 11 districts in Odisha to facilitate speedy relief and rescue operations.

6:34pm: Andhra Pradesh Chief Minister N Chandrababu Naidu has requested the EC to relax the Model Code of Conduct in four coastal districts to enable the state to take steps in view of the cyclone threat.

6:00 pm: Weather officials have warned that cyclone Fani is gaining strength and could destroy thatch houses, roads, and crops in at least eight districts of West Bengal. They also advised people evacuate from coastal areas.

"There can be total destruction of thatch houses/extensive damage to kutcha (mud) houses, some damage to pucca (permanent) houses. There is a potential threat from flying objects," the Regional Meteorological Centre here said in a special bulletin.

Also, power and communication poles can be uprooted, kutcha and pucca roads can be damaged, railways can be disrupted and there can be widespread damage to standing crops and plantations, it said.

5:30 pm: The East Coast Railways has issued an advisory to cancel or regulate trains likely to get affected by cyclone Fani. The section between Bhadrak-Bhubaneswar-Puri-Visakhapatnam will be cleared to ensure there is no train in the section during the extreme situation.

5:09 pm: The Eastern Naval Command says ships with relief material for the immediate requirement in areas likely to be affected by cyclone Fani have been kept on standby, adding that diving and medical teams are also on their toes to undertake rescue and relief efforts in Andhra and Odisha.

It added that Naval aircraft are ready at Naval Air Stations, INS Dega and INS Rajali to undertake an aerial survey of the most affected areas, casualty evacuation and airdrop of relief material.

3:10 pm: The IMD on Wednesday said that cyclone "Fani" has turned severely strong as it moves northwards and could hit Odisha with a windspeed ranging to a maximum of 205km/h.

2:10 pm: In the wake of "yellow warning" issued by the IMD, the Odisha government has assigned 11 IAS officers to supervise the relief, rehabilitation and restoration operations in districts likely to be hit by cyclone Fani.

Collectors in all the coastal and adjoining districts of Gajapati, Nayagarh, Khordha, Cuttack, Jajpur, Dhenkanal, Keonjhar and Mayurbhanj have been advised to identify all vulnerable people living in kutcha houses or near the coast or in low-lying areas, news agency ANI quoted Special Relief Commissioner (SRC) Bishnupada Sethi as saying.

2:07 pm: As per the IMD bulletin at 8.30 am Wednesday, the cyclone Fani moved northwestwards with a speed of about 10 km/h in last six hours and lay centred about 680 km south-southwest of Puri and 430 km south-southeast of Vishakhapatnam. It is very likely to move northwestwards during next 12 hours and thereafter recurve north-northeastwards and cross Odisha Coast near Satapada, Puri district on 3rd May afternoon with maximum sustained wind speed of 175-185 km/h gusting to 205 km/h. After landfall, it is likely to move to Khurda, Cuttack, Jajpur, Bhadrak and Balasore districts of Odisha and then enter to West Bengal.

1:43 pm: The Chief of the Naval Staff, Admiral Sunil Lanba, has said that all the preparations have been made and necessary measures have been taken to face cyclone 'Fani'. "Eastern Naval Command at Visakhapatnam is also ready," news agency ANI quoted him as saying.

1:25 pm: The leaves of doctors and health staff in the state have also been cancelled till May 15, and those on leave have been asked to report back to respective headquarters by Wednesday evening.

1:24pm: The district administration of Puri has issued an advisory asking tourists to leave the town by Thursday.

1:23pm: The Indian Meteorological Department (IMD) had on Tuesday issued a "yellow warning", predicting a heavy to very heavy rainfall at isolated places such as Boudh, Kalahandi, Sambalpur, Deogarh, and Sundargarh.

1:20pm: Navy and Coast Guard ships and helicopters, relief teams of the National Disaster Response Force have been deployed in strategic locations, while Army and Air Force units have been put on standby as cyclone 'Fani' turned into an "extremely severe cyclonic" storm, officials said on Tuesday night.

1:20pm: Bhubaneswar MeT Centre Director H.R. Biswas said that the storm was very likely to cross Odisha coast in Puri on May 3 afternoon and the wind speed was likely to be 175-185kmph gusting up to 205kmph.