Cyclone ‘Gulaab’ is likely to move westwards and cross the north Andhra Pradesh-south Odisha coast around. Wind speeds could reach 75-85 km/hr, gusting up to 95 km/hr, during landfall. 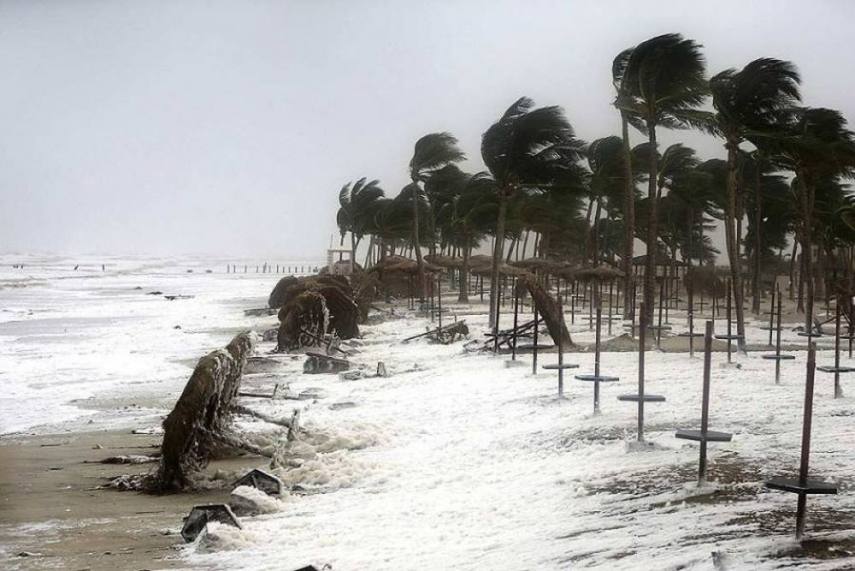 The state government sounded a red alert for seven districts as Odisha braced for Cyclone ‘Gulaab’, a cyclonic storm in the Bay of Bengal that has started hurtling towards the Andhra-Odisha coast and is likely to make landfall around midnight today.

The seven districts, all of them in south Odisha, are Ganjjam, Gajapati, Kandhamal, Rayagada, Nabarangpur, Koraput and Malkangiri. All these districts will experience heavy to very heavy rains over the next 24 hours. The alert will remain valid till Monday morning, the IMD said. Orange Warning, denoting heavy to very heavy rainfall, has been issued for four districts while Yellow Warning, meaning heavy rains, has been sounded for 10 more districts, it said. Most places in coastal Odisha have started receiving rains since last night, said Umashankar Das, cyclone expert at the local IMD centre this morning.

In its latest bulletin, IMD said the Cyclone ‘Gulaab’ is likely to move westwards and cross the north Andhra Pradesh-south Odisha coast between Kalingapatanam and Goplapur around midnight on September 26. Wind speeds could reach 75-85 km/hr, gusting up to 95 km/hr, at the time of landfall, it said. Fishermen have been warned not to venture into sea till Monday as the condition will remain ‘rough to very rough’ along the south Odisha coast.

The cyclonic storm over west-central Bay of Bengal lay centred about 270 km east-southeast of Goplapur on Odisha’s southern coast at 5.30 am this morning and was moving towards the coast at a speed of 10 km/hr over the last six hours, IMD said.

Special relief commissioner Pradeep Jena said 24 teams of National Disaster Response Force (NDRF) and 42 teams of Odisha Disaster Rapid Action Force (ODRAF) have been deployed in the districts expected to take the brunt of the cyclone. Over 500 people have already been evacuated in Gajapati district and more will be moved to safer places during the course of the day in view of the possibility of landslides in the district and adjoining areas, he said. Over 75 people had been killed in the district due to landslides caused by heavy rains during Cyclone Titli in 2018.

Jena said collectors of the southern districts have been asked to stay alert as there is a likelihood of flash floods in three southern rivers: Rushikulya, Nagabali and Vansadhara.