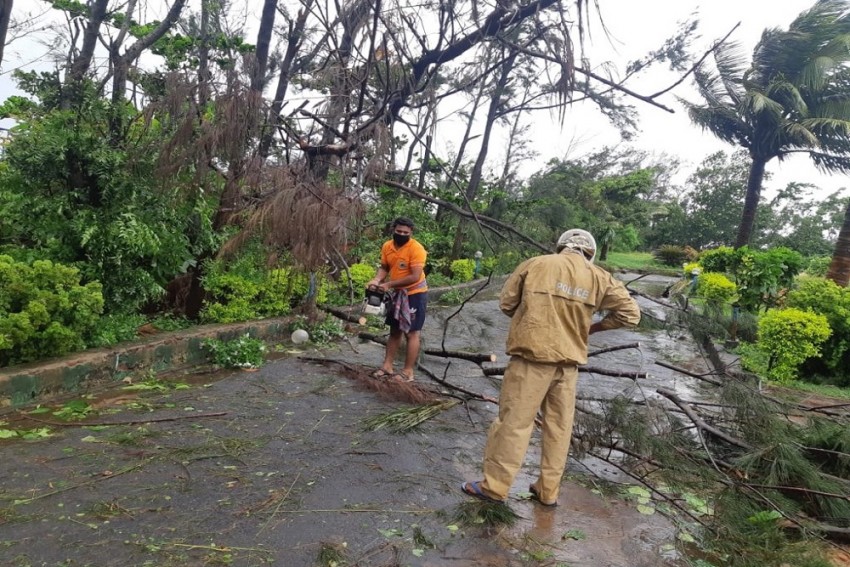 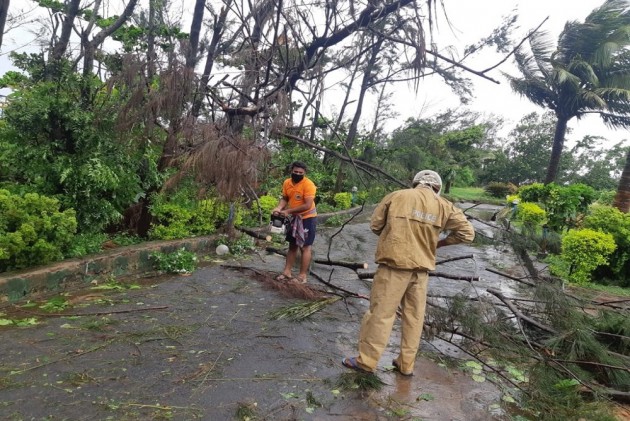 A three-month old child was reportedly killed and his mother injured after a wall collapse in Bhadrak, Odisha as extremely severe cyclone 'Amphan' hurtled towards east coast on Wednesday, triggering heavy rains and strong winds in parts of Odisha and West Bengal. The cyclone is expected to cross Odisha coast at 4pm.

The extremely severe cyclonic storm lay about 150 km northeast of Paradip in Odisha, and 95 km away from Digha (West Bengal),  said H R Biswas, the Director of the Meteorological Centre, Bhubaneswar. The wind velocity reached a maximum of 106 kmph in Paradip.

It is likely to move north-northeastwards across northwest Bay of Bengal and cross West Bengal  Bangladesh coasts between Digha (West Bengal) and Hatiya Islands (Bangladesh) close to Sunderbans during evening hours of Wednesday, with a maximum sustained wind speed of 155-165 kmph gusting to 185 kmph.

IMD DG Mrutyunjay Mohapatra says 4-5-meter high tidal waves are expected in Sundarbans, and 2-3 meter high in Digha in West Bengal, but there is no threat to Odisha coast.

Jena said Paradip recorded 214 mm of rainfall since Tuesday, while it was 87 mm in Puri, 70.5 mm in Chandbali, 58.5 mm in Balasore and 50 mm in Bhubaneswar as heavy downpour battered many parts of coastal Odisha.

Many trees and electric poles have been uprooted in various parts of the coastal districts. However, there has been no damage to life and property so far.

In Kendrapada district’s Mahakalapada, fire brigade personnel rescued a pregnant woman who was shifted to a hospital where she gave birth to a healthy baby.

Amphan is considered to be the second major cyclonic storm in the Bay of Bengal after the Super Cyclone of 1999 which had claimed around 10,000 lives and inflicted large-scale devastation in Odisha.

The cyclone comes a year after Fani barreled through vast parts of Odisha on May 3, leaving at least 64 dead and damaging power, telecom and other vital infrastructure.

Use BJP Flags On Buses If You Want To, But Let Them Ferry Migrant Workers: Priyanka Gandhi To Yogi Govt