When the convoy started out from Channi Rama transit camp in Jammu long before sunrise Thursday morning, there were nearly 78 vehicles carrying about 2,500 jawans. 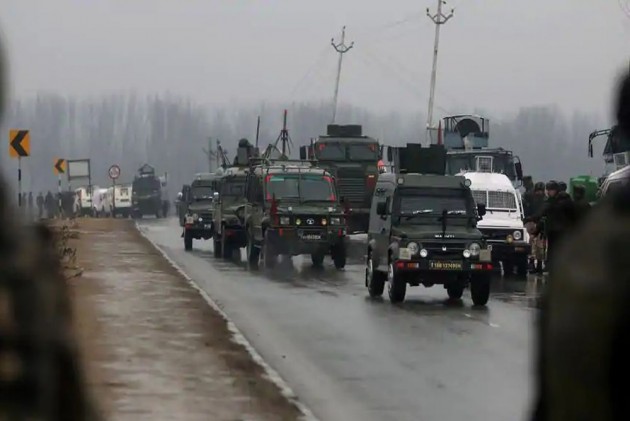 Police sources in a statement said that Dar, was driving a vehicle packed with over 350 kg of explosives on the wrong side of the road and hit the bus, in which estimated 35-44 personnel were travelling.

"There are no survivors from the bus," officials said, adding that they were yet to ascertain exactly how many people were on the bus.

According to reports, the powerful explosion, which reduced the bus to a mangled heap of iron, was heard many kilometres away, including in some parts of Srinagar adjoining Pulwama district.

The Cabinet Committee on Security will meet Friday morning to discuss the security situation in Jammu and Kashmir against the backdrop of the attack, sources said.