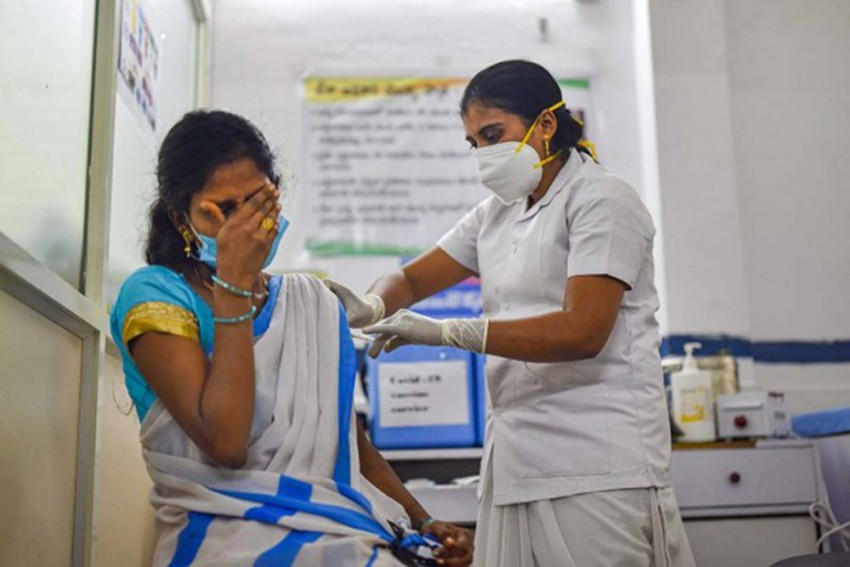 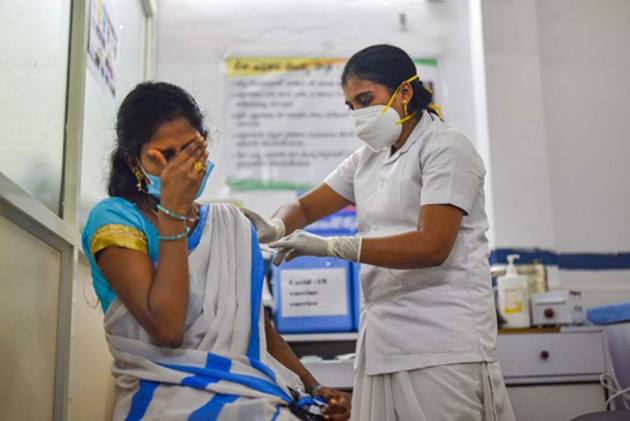 However, despite resumption, the vaccination centres in the two cities wore a deserted look as very few beneficiaries reached the centre for their appointment.

A doctor at a vaccination centre in Mumbai said the response was slow in the morning but expressed confidence that more healthcare workers will visit the centres before evening.

Co-WIN, is an online platform developed by the health ministry, for conducting the vaccination drive. Beneficiaries are requested to register themselves on the app for the vaccination. Information related the time of appointment, next dose of vaccine and other issues will be disseminated through the app, health ministry officials said earlier.
However, citing a glitch in the app, the Maharashtra government on Saturday suspended vaccination.

"Not just in Maharashtra, everywhere in the country this app created problems in the execution of the vaccination drive. We have decided to suspend the vaccination programme for the next two days," state public health minister Rajesh Tope told PTI, last week.

On the first day of the vaccination on Saturday, only 1,923 out of 4,000 registered beneficiaries got the doses in Mumbai, as per the Brihanmumbai Municipal Corporation (BMC).

The inoculation drive resumed at nine centres in Mumbai and 28 centres in the neighbouring Pune district, officials said.

On Tuesday, the vaccination process started around 9 am at all the centres in Mumbai, as per BMC officials. However, unlike Saturday, there was hardly any rush of registered beneficiaries at the vaccination centres.

The waiting room at a vaccination centre in the civic-run KEM Hospital was almost empty at around 10.30 am."Only 15 to 20 people have come since the start of the process today," a staffer at the vaccination centre said. One or two registered beneficiaries are coming at a gap of 5 to 10 minutes, he said.

"The response was slow in the morning, but it is slowly picking up," a doctor at the facility said, adding that the centre will remain open till 5 pm.

Some healthcare workers, who were asked to go to the KEM Hospital for inoculation, told PTI that they received calls for vaccination from the BMC's war room between 8.30 pm and 11.30 pm on Monday.

Besides, some registered beneficiaries also said they either did not receive any message, while a few said they received the message early Tuesday morning.

"I got a call for vaccination at 11.30 pm on Monday, which was very late, but haven't received any message," said a health care worker from the KEM Hospital's microbiology department, who came to take the vaccine shot.

In Pune, the vaccination resumed at 28 out of the 31 centres on Tuesday, a senior district health official said. There are 31 vaccination centres in the district- eight each in Pune city and Pimpri-Chinchwad civic limits and 15 in rural areas.

He also said the administration is trying to conduct more vaccinations than the designated target of 100 per day at bigger medical facilities in Pune, like the Sassoon Hospital and the Kamla Nehru Hospital.

On the first day of the inoculation on Saturday, a total of 1,802 beneficiaries out of the targeted 3,100 were given vaccine doses in Pune. Over 300 people had later complained of minor side- effects, as per the district administration.