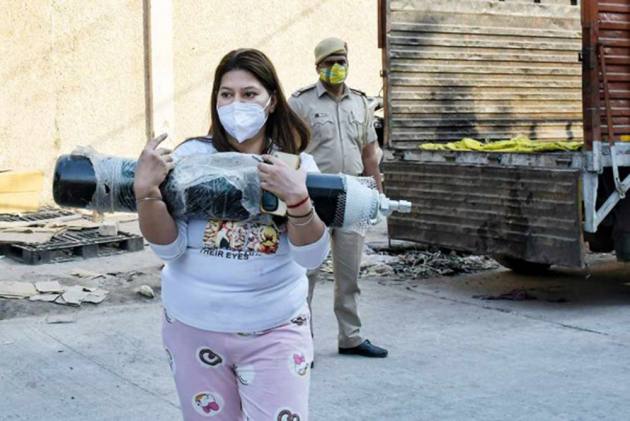 This development comes in the backdrop of states like Maharashtra, Uttar Pradesh and Delhi facing a shortage of liquid medical oxygen to treat Covid-19 patients.

The PMO on Sunday said that oxygen plants will be funded through the PM Cares Fund, adding that “in-principle approval” has been received for the same.

Madhya Pradesh: People Line Up Outside BHEL To Get Oxygen Cylinders Refilled

He also said that these plants will boost oxygen availability at the district level.

These dedicated plants will be established in identified government hospitals in district headquarters in various states and union territories, and their procurement will be done through the Health and Family Welfare ministry.

It said the basic aim behind establishing PSA oxygen plants at government hospitals in the district headquarters is to further strengthen the public health system and ensure that each of these hospitals has a captive oxygen generation facility.

Such an in-house captive oxygen generation facility would address the day-to-day medical oxygen needs of these hospitals and the district.

In addition, the liquid medical oxygen (LMO) would serve as a top up to the captive oxygen generation, it said.

Such a system will go a long way in ensuring that government hospitals in districts do not face sudden disruption of oxygen supplies and have uninterrupted access to it to manage Covid-19 patients and other sick persons needing such support.