The Union Home Ministry has said the mobile app will be must for people living in COVID-19 containment zones. 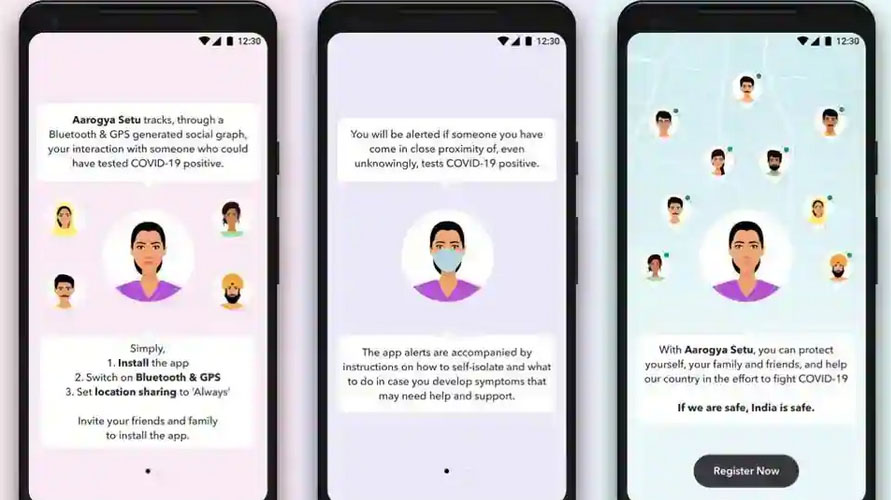 Close to nine crore users have downloaded the Aarogya Setu mobile application and it has been made mandatory that government and private sector employees use it to bolster efforts to fight the COVID-19 pandemic.

The Group of Ministers (GoM) on COVID-19 was informed about this on Tuesday by officials during its 14th meeting in which it also discussed various aspects pertaining to the “performance, impact and benefits” of the Aarogya Setu application.

The government on Wednesday said no data or security breach has been identified in Aarogya Setu after an ethical hacker raised concerns about a potential security issue in the application and it was criticised by opposition Congress leaders.

The mobile application helps users identify whether they are at risk of COVID-19. It also provides people with important information, including ways to avoid coronavirus and its symptoms.

The GoM was informed that "people have informed about their health status on the application which has helped in tracing those suffering from any symptoms for COVID-19 containment”, the health ministry said in a statement on Tuesday.

“The GoM was also informed that a mechanism has been devised to reach out to the people who have landline or featured phones through Interactive Voice Response System (IVRS) in local languages for better results," it said

Union Health Minister Harsh Vardhan who chaired the GoM meeting said use of technology is integral for the containment strategy and is helping the states to manage the deadly disease in a more effective manner.

The Union Home Ministry on Friday also said the mobile app will be must for people living in COVID-19 containment zones.

"Use of Aarogya Setu app shall be made mandatory for all employees, both private and public. It shall be the responsibility of the head of the respective organisations to ensure 100 per cent coverage of this app among the employees," the ministry had said.

On Tuesday, a French hacker and cybersecurity expert Elliot Alderson had claimed that "a security issue has been found" in the Aarogya Setu app and that "privacy of 90 million Indians is at stake".

Dismissing the claims, the government said "no personal information of any user has been proven to be at risk by this ethical hacker".

The death toll due to COVID-19 rose to 1,694 and the number of cases climbed to 49,391 on Wednesday registering an increase of 126 deaths and 2,958 cases in the last 24 hours since Tuesday morning, according to the Union Health Ministry.

The death rate of COVID-19 patients in India is around 3.2 per cent while over 28 per cent of the total patients have recovered so far in the country, a senior health ministry official said.
These can be taken as a positive effect of the lockdown in the country along with the cluster management and containment strategy, the officials said.