Home  »  Website  »  National  »  Covid-19: Herd Immunity In India May Occur Only In Pockets, Likely To Be Short-lived: Scientists

Covid-19: Herd Immunity In India May Occur Only In Pockets, Likely To Be Short-lived: Scientists

Herd immunity occurs when a large number of people, usually 70 to 90 per cent, become immune to a contagious disease after being infected to it. 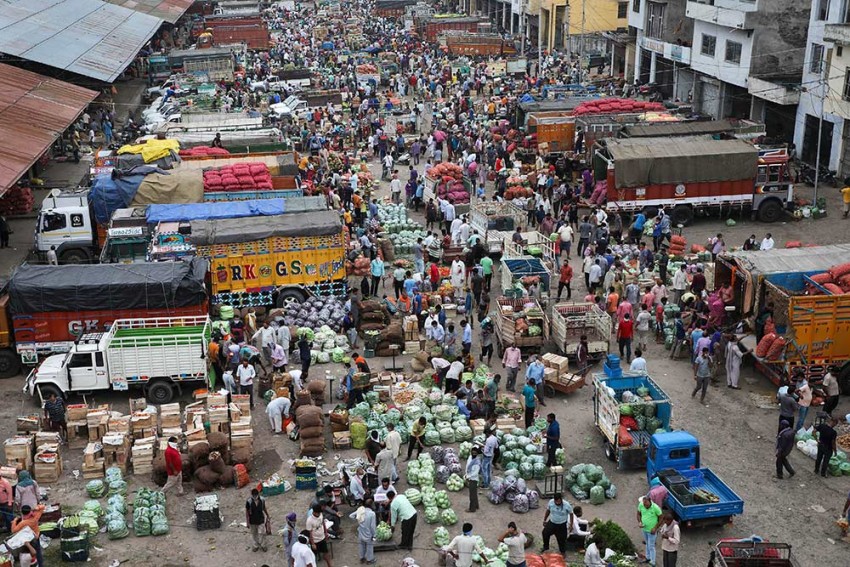 A view of a wholesale vegetables market showing no respect to social distancing guidelines, during Unlock 2.0 in Jammu.
PTI Photo
PTI July 30, 2020 00:00 IST Covid-19: Herd Immunity In India May Occur Only In Pockets, Likely To Be Short-lived: Scientists 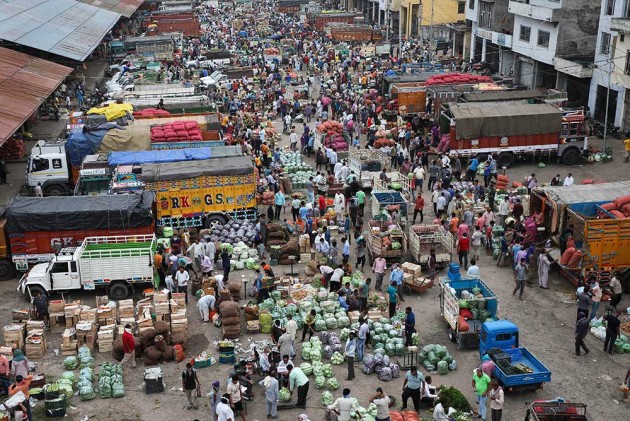 Herd immunity against COVID-19 in India is likely to be achieved only in pockets given the many socio-economic groups in the country and may be short-lived rather than long-lasting, say scientists as sero-surveillance data from New Delhi and Mumbai raise hopes of ‘community protection’ from the disease.

Herd immunity occurs when a large number of people, usually 70 to 90 per cent, become immune to a contagious disease after being infected to it.

But there are many grey areas clouding the issue as far as the novel coronavirus is concerned with no consensus on when herd immunity sets in.

“There are no clear numbers to say at what per cent of infected population we will achieve herd immunity. Many epidemiologists believe that for SARS-CoV-2 it would be at around 60 per cent,” said Shahid Jameel, virologist and CEO of the Wellcome Trust/DBT India Alliance, a public charity that invests in building biomedical sciences and health research frameworks.

He said different parts of the country will get closer to herd immunity at different times.

A recent study published in the journal Science also found that herd immunity against COVID-19 could be achieved with fewer people being infected than previously estimated.

“Herd immunity is determined primarily by how many individuals in a population are immune to a particular infection. This results in indirect immunity to others in the population who never got exposed or infected,” explained virologist Upasana Ray.

“Essentially, herd immunity means that the more the number of people get infected and develop immunity, the less chance there is for others in the population to get infected,” Ray, senior scientist at CSIR-IICB, Kolkata, told PTI.

Immunologist Satyajit Rath agreed that it was not known at what point of the infection herd immunity would set in.

“In India, with its multitude of socio-economic groupings, herd immunity may be generated in pockets rather than uniformly across the country, and may be short-lived,”Rath, from New Delhi’s National Institute of Immunology, told PTI.

“And therefore, the idea of naturally generated long-lasting herd immunity may not be of much practical policy relevance for India,” he added.

The debate on herd immunity intensified following sero-surveys from New Delhi and Mumbai, two of India’s most populated cities where the number of COVID-19 cases surged before showing a declining trend.

The sero-surveillance study in Mumbai revealed that 57 per cent of its slum population and 16 per cent of its non-slum residents in three civic wards had developed antibodies, indicating many people would already be affected by COVID-19 than the official tally suggests.

“These results will be valuable to learn more about herd immunity," stated Brihanmumbai Municipal Corporation (BMC) in a statement.

Delhi’s sero-survey showed that nearly 23 per cent of the people had exposure to the novel coronavirus, which has infected over 1.5 million people in the country and killed nearly 35,000.

Sero-surveillance provides estimates of antibody levels against infectious diseases and is considered the gold standard for measuring population immunity due to past infection or vaccination.

An antibody is a large, Y-shaped protein produced mainly by plasma cells that is used by the immune system to neutralise pathogens like viruses.

Rath noted that seropositivity does not necessarily indicate protective immunity, adding that there is some evidence the antibody responses may be short-lived, in which case many people may soon become 'susceptible' again.

On the other hand,  he said, infected people also develop T cell immune responses which are not being measured in such surveys.

T cells -- that play a central role in the immune response -- might be somewhat longer-lasting, but it is not known what their relationship with protection is.

“So while my guess is that, broadly, once we get infected we are likely to be somewhat immune, at least for a few months, against re-infection, I think there are many unknowns and caveats and we should not be jumping to easy conclusions,” Rath added.

Virologist Jameel said it would be a mistake to talk of herd immunity on a national scale.

“This is because conditions such as population density, virus prevalence and transmission of infection vary across the country and even within a state of a metro city,” Jameel told PTI.

“For example, one cannot compare Mumbai city to Arunachal Pradesh. Even in Mumbai, one cannot compare a densely populated area such as Dharavi to South Mumbai. Herd immunity is best understood in terms of a community, locality or population group,” he explained.

Herd immunity, Ray added, also depends on how Infectious the pathogen is.
“So, if a virus is extremely infectious and less pathogenic, herd immunity will be achieved faster,” she said.

Pathogenicity is the capacity of a virus to cause damage in a host, while infectivity is the ability of a pathogen to establish an infection.

A Spanish study published in The Lancet journal in the first week of July cast doubts over the feasibility of herd immunity as a way of tackling the pandemic.

The study of over 60,000 people estimated that around just five per cent of the Spanish population has developed antibodies.

“Depending upon what model you believe in, we may or may not be close to herd immunity. Another factor to consider is that people are always moving about in and out of various zones  or areas and between states,” Jameel said.