For the past several years, Ladakh has witnessed huge gatherings to celebrate the birth anniversary of the Dalai Lama. In 2017 and 2018, the Dalai Lama himself celebrated his birthday in Leh. 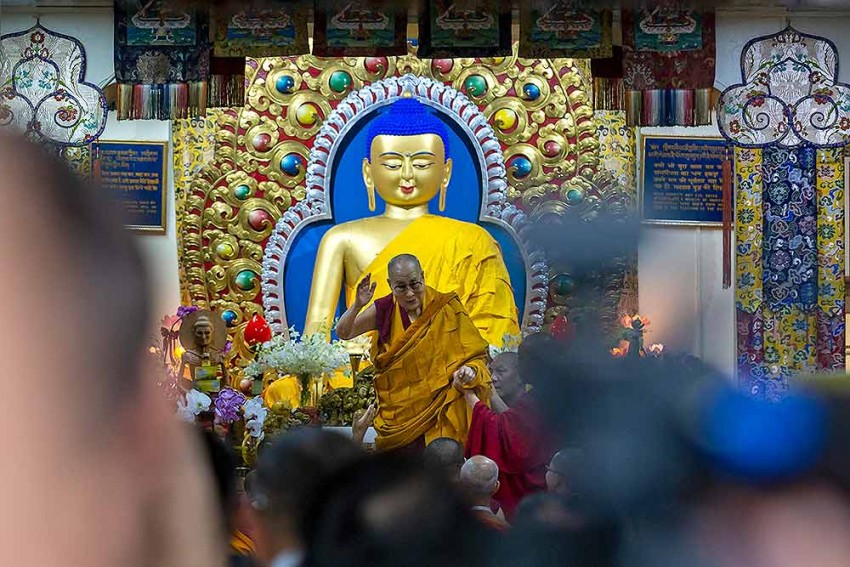 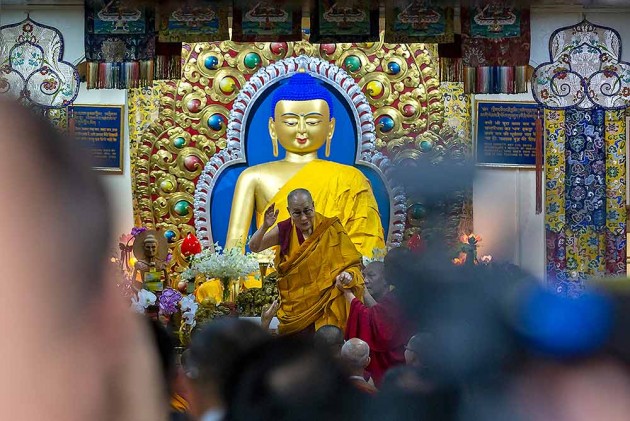 Unlike the past when Ladakh used to hold huge celebrations on the birthday of the Tibetan spiritual and temporal leader, Dalai Lama, the marking tomorrow will be a low key affair. Officials cite Covid-19 restrictions as the reason for limited celebrations.

Tseten Wangchuk, Chief Representative Officer of Tibetan Settlement in Leh, on behalf of the Central Tibetan Administration, Dharamshala, told Outlook that this time the keeping will be symbolic due to restrictions. In the morning, at around 8 am, religious prayers will be held for one hour with only six to seven monks participating in them, he said. After a one-hour break, at 10 am, there would be a symbolic religious function at the residence of the Dalai Lama in Leh, he added.

He said the Dalai Lama had accepted an invitation to visit Ladakh this year but couldn’t go due to the Covid-19 pandemic. “Tomorrow in the evening, every house will celebrate his Holiness’ birthday. It will be a great celebration,” he said, adding that the Dalai Lama has sent a message to people, asking elderly to remain at home during the pandemic.

PT Kunzang, President, Ladakh Buddhist Association (LBA), told Outlook reiterated that the birthday celebrations of the Dalai Lama will be symbolic this year. “Only few people, all of them religious heads, would assemble tomorrow, keeping in view of the Covid-19 guidelines. We used to hold huge celebrations every year on July 6 on the birthday of His Holiness but this year due to the Covid-19 guidelines, it will be a small symbolic gathering,” he added.

A police official, pleading anonymity, said restrictions under section 144 are in place in Leh and they apply to everyone.

For the past several years, Ladakh has witnessed huge gatherings to celebrate the birth anniversary of the Dalai Lama. In 2017 and 2018, the Dalai Lama himself celebrated his birthday in Leh.

In 2018, there was a gathering of over 25,000 at the Shiwatsel Teaching Pavilion in Leh for the 83rd birthday celebrations of the Dalai Lama. In his address, Dalai Lama had said, “The people in Tibet mention my name during their dying breaths, so, clearly, the majority of them put their trust in me. The cause of the Tibetan people is a just and a worthy cause. As a responsibility towards the people of the land of snow, I feel bound to preserve the culture and language of Tibet.” In 2017 also, the Dalai Lama had addressed a huge gathering in Leh.

In 2015 and 2016, the Dalai Lama was in Leh during the summers. Last year, there were huge celebrations in Leh on Dalai Lama’s birthday.

However, last year, vehicles with Chinese nationals, dressed as civilians, reached close to the Line of Actual Control (LAC) in eastern Ladakh in Koyul village, near Demchok, and protested against Tibetans celebrating Dalai Lama’s birthday. They had displayed banners saying 'ban all activities to split Tibet'.