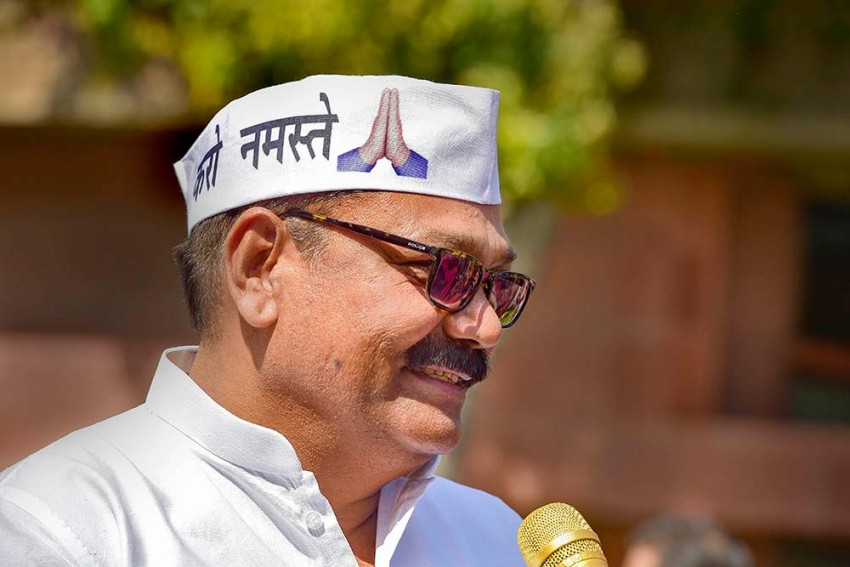 BJP MP Raj Kumar Chahal wears a cap with a message ‘Karo Namaste’, in the wake of deadly coronavirus, as he speaks to media persons at Parliament House, in New Delhi.
PTI Photo/Vijay Verma 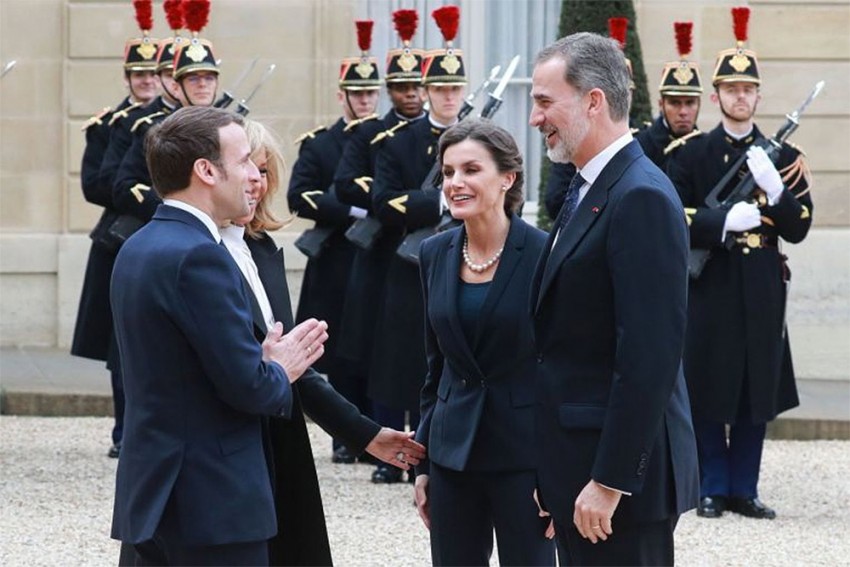 French President Macron greets with a namaste post the Corona Virus outbreak. It is said that its going to be his preferred form of greeting henceforth.
Twitter Photo 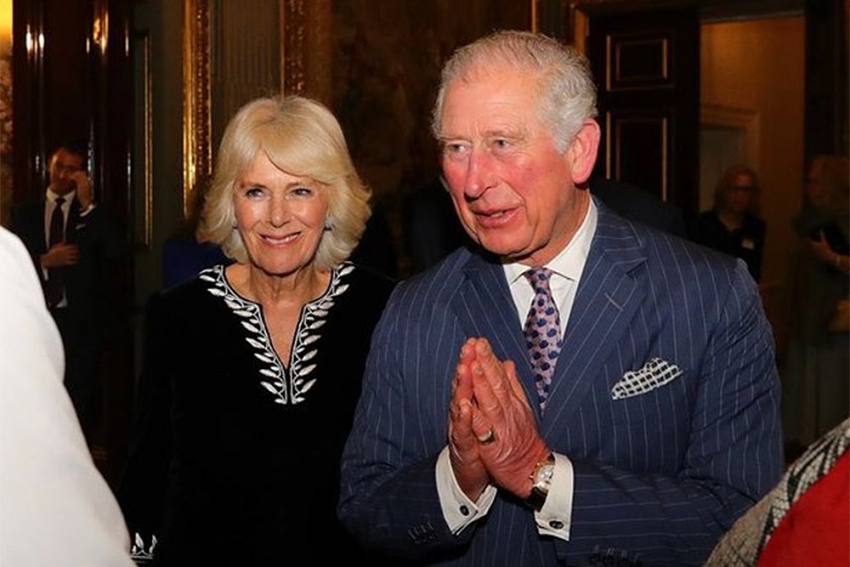 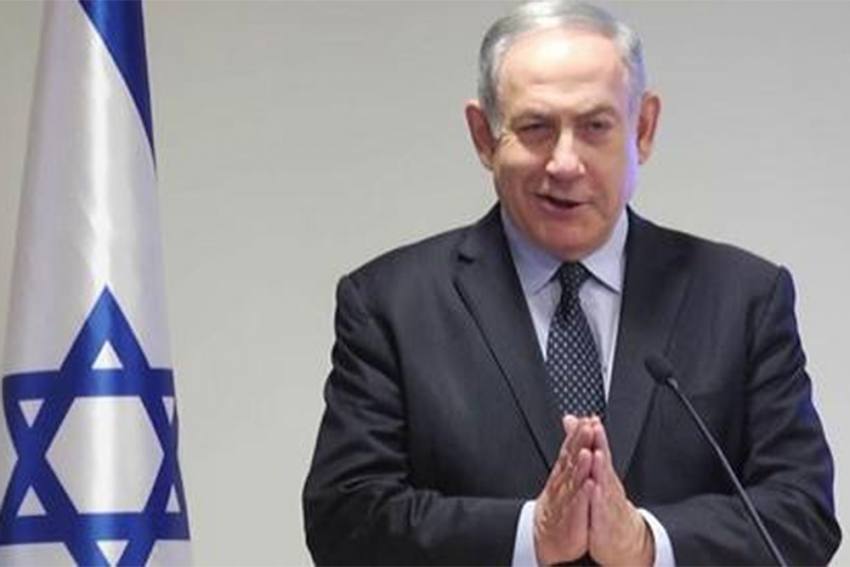 Israeli PM Benjamin Netanyahu urged Israelis to stop shaking hands in light of growing concerns over the #Corona & suggests instead they adopt the Indian greeting of “namaste".
Twitter Photo 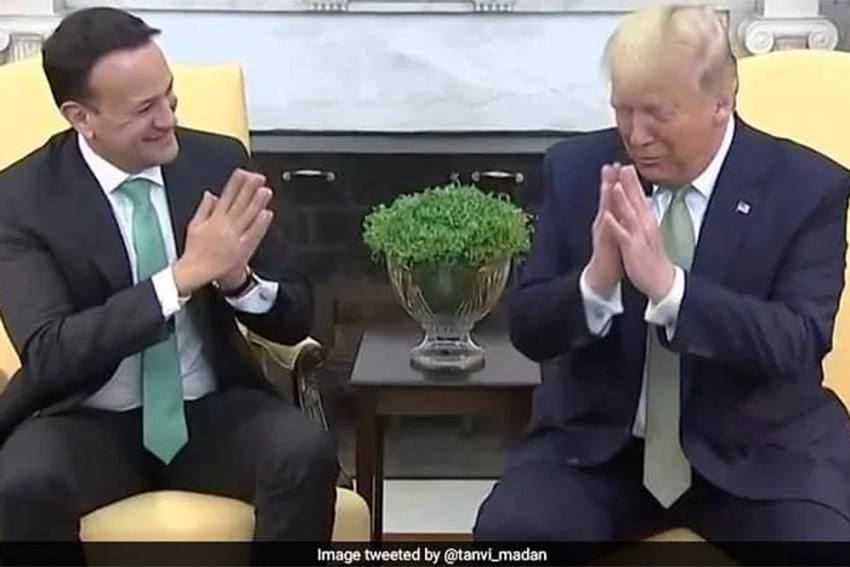 Welcoming Irish Prime Minister Leo Varadkar to the White House, Trump avoided the customary handshake. The two men bowed with Namaste to each other instead.
Twitter Photo 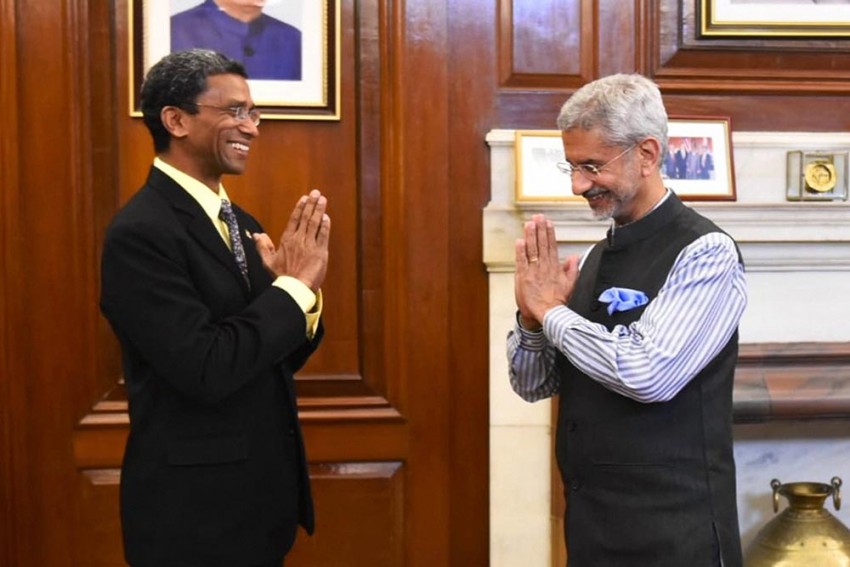 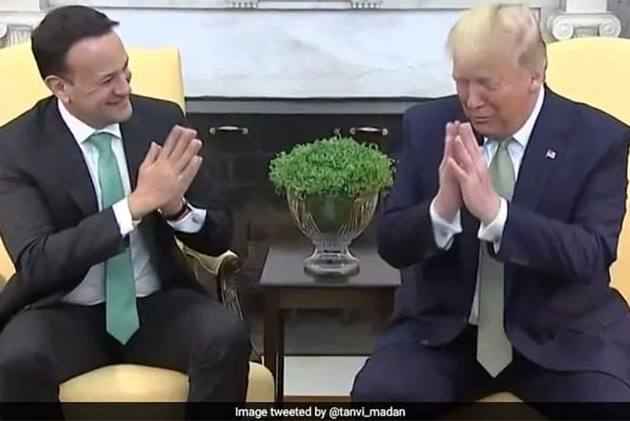 As the deadly coronavirus or COVID19 wreaks havoc across the world, killing thousands, US President Donald Trump and visiting Irish Prime Minister Leo Varadkar greeted each other in the traditional Indian way of 'namaste' at the White House on Thursday.

Hand hygiene has emerged as the foremost preventive measure against the spread of coronavirus and this has sidelined the handshake. Among others, England's Premier League banned them during soccer matches while German PM Angela Merkel was left hanging after her interior minister denied to shake her hand.

As the handshake takes the backseat, the 'namaste' is increasingly becoming popular.

Trump and Varadkar, who is of Indian-origin, joined their palms in the 'namaste' pose when reporters asked them in the Oval Office as to how they greeted each other.

"We did not shake hands today. We looked at each other and said what we are going to do. You know, sort of a weird feeling," Trump told reporters in the Oval Office of the White House along with Varadkar.

"I just got back from India. And I did not shake any hands there. And it's very easy, because they go like this," Trump said as he showed reporters the 'namaste' pose for the second time in quick succession.

Amid the growing coronavirus scare, UK's Prince Charles was seen greeting people with a namaste at the yearly Prince's Trust Awards held on Wednesday at the London Palladium. 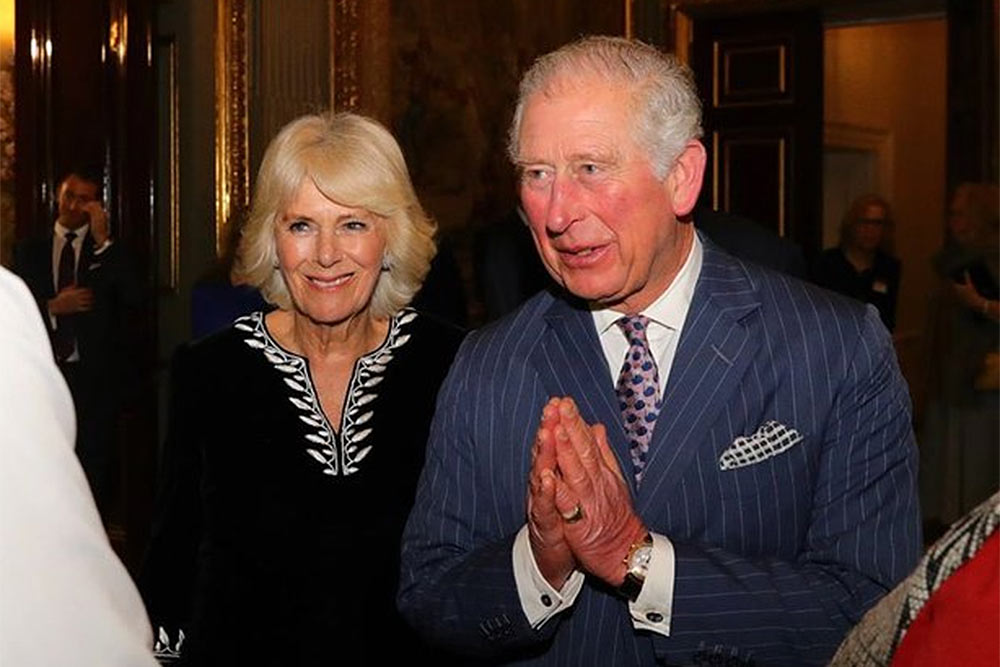 When French President Emmanuel Macron greeted Spain's king and queen on Wednesday, he also went for the namaste, pressing his palms together and bowing slightly.

Earlier this month, Israeli Prime Minister Benjamin Netanyahu urged his countrymen to use the namaste instead of handshake or other physical contact in form of greeting people to prevent the virus' spread. He also demonstrated the namaste gesture for everyone.

The World Health Organisation on Thursday said coronavirus "is a controllable pandemic". The number of COVID-19 cases in the world stands at 125,293, with over 4,600 deaths.