Earlier today, the Supreme Court said that the Delhi Police has the authority to take a call on the entry of protesting farmers for the kisaan parade. 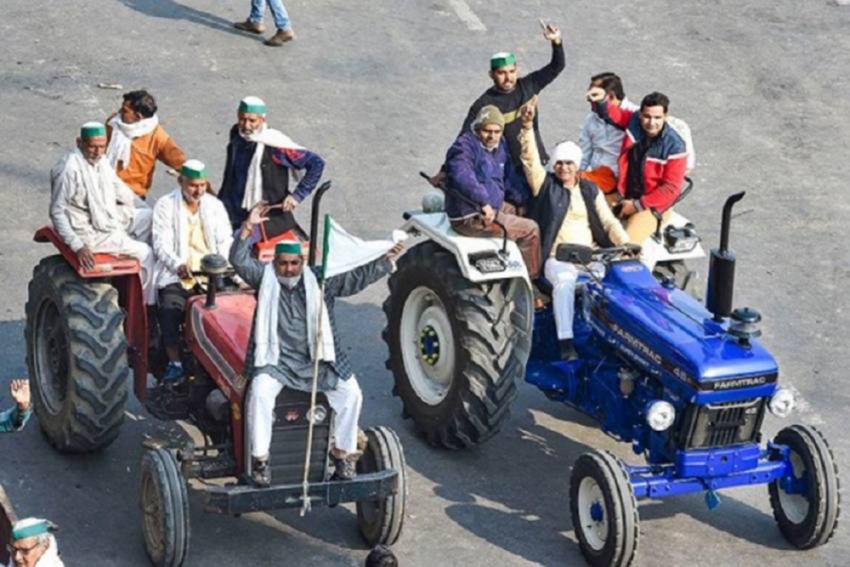 Protesting farmer leaders on Monday asserted that farmers have a constitutional right to proceed with a peaceful tractor rally and said that thousands of people will join the event on January 26.

Earlier today, the Supreme Court said that the Delhi Police has the authority to take a call on the entry of protesting farmers for the kisaan parade.

The farm unions maintained that they would not hold their procession on Rajpath and high-security areas and would take out the rally peacefully on the Outer Ring Road in Delhi, Bhartiya Kisan Union (Lakhowal) Punjab general secretary Paramjit Singh said. He reiterated that there will be no disruption in the official Republic Day parade.

Farmers' Tractor Rally On Jan 26 | You Are At Liberty To Invoke All Powers Under Law: SC Tells Delhi Police

Farmers’ Tractor March: SC Says It Is Up To Delhi Police To Decide On Issue, Next Hearing On Wednesday

"We are stuck at the Delhi borders. We have not decided to sit at these borders ourselves, we have been stopped from entering Delhi. We will take out the rally peacefully without disrupting any law and order. We will exercise our constitutional right and we will definitely enter Delhi," Singh told PTI.

Another farmer leader Lakhbir Singh, who is vice president (Punjab) of All India Kisan Sabha, said that farmers will return to protest sites after taking out the tractor rally on the Outer Ring Road on January 26.

"We will not go to any place where there might be a government gathering, and all our tractors will have a national flag and the flags of our farmer unions," Lakhbir said.

Asked about their stand in case the Delhi Police does not give them permission for the tractor parade, BKU (Ekta Ugrahan) president Joginder Singh Ugrahan said that farmers have constitutional rights to hold the tractor rally peacefully.

"If the Delhi Police has some issues over law and order on Republic Day, they can sit with Sankyukt Kisan Morcha and tell about alternatives routes for the tractor rally. Thereafter, our farmers' committee will decide the same. But, it is very clear that their tractor rally will be taken out in the national capital on January 26," Ugrahan told PTI.

Thousands of farmers, mostly from Punjab and Haryana, have been camping at several Delhi borders since November 28, demanding a repeal of farm laws and legal guarantee on minimum support price for their crops.

While hearing a petition, the Supreme Court told the Centre that the proposed tractor rally by farmers on the Republic Day on January 26 is a matter of "law and order" and Delhi Police is the first authority to decide who should be allowed to enter the national capital.

A bench headed by Chief Justice S A Bobde, while hearing the Centre's application seeking an injunction against the proposed tractor or trolley march or any other kind of protest which seeks to disrupt the gathering and celebrations of the Republic Day, said that police has all the authority to deal with the matter.

The tenth round of talks between the government and the protesting farmer unions is scheduled on January 19. On the same day, the Supreme Court-appointed committee to resolve the impasse will hold its first meeting.

The previous nine rounds of formal talks between the Centre and 41 farmer unions have failed to yield any concrete results to end the long-running protest at Delhi's borders as the latter have stuck to their main demand of a complete repeal of the three acts.

The Supreme Court had on January 11 stayed the implementation of the three laws till further orders and appointed a four-member panel to resolve the impasse.