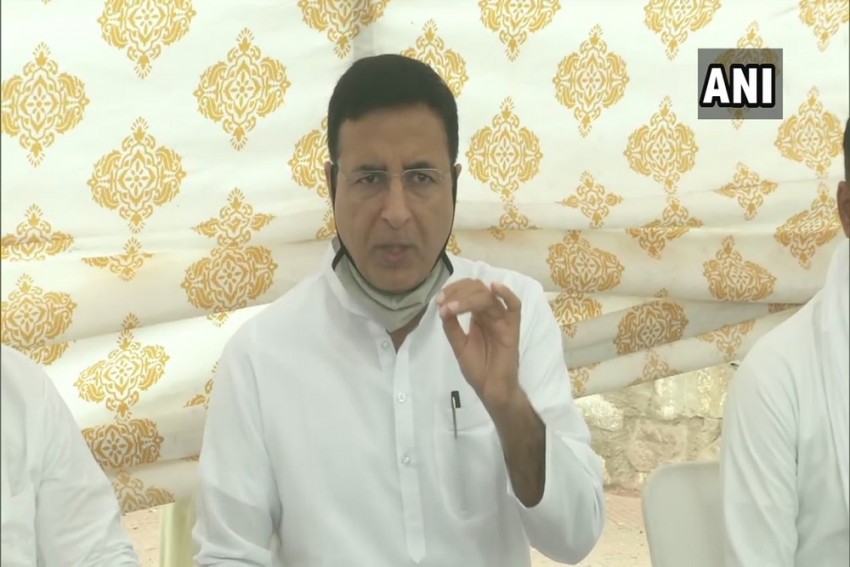 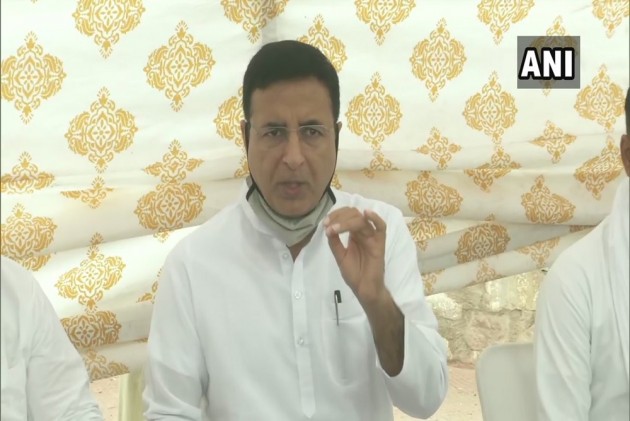 The Congress party, on Friday, demanded the immediate arrest of Union minister Gajendra Singh Shekhawat for being allegedly involved in a conspiracy to topple the Ashok Gehlot-led government in Rajasthan. The demand, made by Congress media cell chief Randeep Surjewala, came after three audio clips went viral on social media platforms in Jaipur late Thursday evening. The clips are purportedly of a telephonic conversation between Shekhawat, BJP leader Sanjay Jain and rebel Congress MLA Bhanwarlal Sharma.

Pilot had been sacked as deputy CM and Rajasthan Congress chief earlier this week after he, along with 18 party MLAs loyal to him, rebelled against Gehlot. Though Gehlot continues to claim a majority of 109 MLAs in the 200-member Rajasthan Assembly, Pilot’s rebellion threatens to topple the Congress government if more party MLAs switch over to his side.

Elaborating on the leaked audio clips, Surjewala told mediapersons at a press conference outside Jaipur’s Fairmont Resort that the conversation between Shekhawat, Jain and Sharma makes it clear there is a plot to “offer money in exchange of the loyalties of MLAs so that the democratically elected Congress government in Rajasthan can be toppled”.

Surjewala said that in light of the serious questions that arise from the purported conversations, the Congress party demands that Rajasthan’s Special Operations Group, which is already investigating an earlier reference by Gehlot on the attempts to oust his government, must register an FIR against Shekhawat. “If there is any possibility of Shekhawat using his position (as a Union minister) to undermine the investigation, as we believe there is, the SOG must immediately issue a warrant and arrest him”. Surjewala added that the SOG must also investigate the role of Jain, Sharma and others allegedly involved in the conspiracy. Newly appointed state Congress chief Govind Singh Dotasra also demanded that Shekhawat should immediately be sacked from the Union cabinet.

The Congress also decided to suspend Sharma from the primary membership of the party with immediate effect. The party stopped short of taking a similar action against Pilot despite several mentions in the leaked conversation about “Sachin’s list”. However, Pilot loyalist and sacked Rajasthan cabinet minister Vishvendra Singh has also been suspended from the party’s primary membership t­hough his name did not figure in the leaked audio tapes. Surjewala said that there was a “possibility” of a similar tape featuring an alleged conversation with Vishvendra Singh coming in the public domain soon.

Surjewala said that Congress chief whip in the Rajasthan Assembly has already written to the SOG demanding an investigation into the fresh allegations over the leaked audio tapes. The SOG has taken cognizance of Joshi's complaint and filed an FIR against Shekhawat, Sharma and Jain. “Besides those named in the leaked tapes, the SOG must also investigate other persons and MLAs allegedly involved in the plot to topple the government,” Surjewala said, adding that Pilot must now “come forward and make a statement on the charge of giving a list of MLAs to the BJP”.