The Congress strongly reacted to New Delhi giving "legitimacy" to the OIC by attending the summit in Abu Dhabi and accused the Modi government of "surrendering India's national interest". 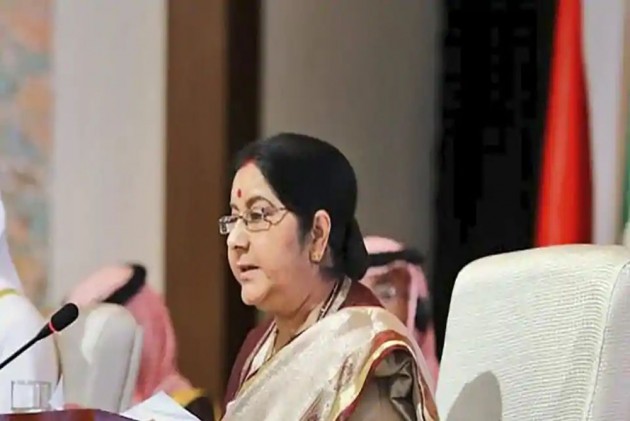 The Congress on Sunday slammed the Narendra Modi government over the Organisation of Islamic Cooperation (OIC) adopting a resolution condemning "Indian barbarities and human rights violations" in Jammu and Kashmir.

The Congress strongly reacted to New Delhi giving "legitimacy" to the OIC by attending the summit in Abu Dhabi and accused the Modi government of "surrendering India's national interest".

The resolution was adopted on Saturday, a day after External Affairs Minister Sushma Swaraj attended the summit.

Besides terming the July 2016 elimination of militant Burhan Wani an "extra judicial killing", the OIC condemned "intensified Indian barbarities since 2016 in Kashmir that led to the death of over 220 people" and also criticised the "inhuman practice of using pellet guns".

"The Modi government had touted the invitation to the OIC as a great diplomatic success but it has turned out to be a huge embarrassment for India. The OIC resolution not just condemned Indian terrorism in Kashmir but also called India an occupier in Kashmir," Congress spokesperson Manish Tewari said here.

"For so many decades India has deliberately chosen to avoid attending the OIC. But the Modi government not just gave it legitimacy by attending but in turn got India labelled a terrorist country and an occupier in Kashmir," said the former Union Minister.

While the Modi government subsequently said J&K is an integral part of India and its matters are strictly internal, Tewari said it was only a face-saving exercise.

"We condemn this abject surrender of national interest, in the strongest possible terms and ask Modi and Sushma Swaraj is this the big diplomatic success they have been touting," Tewari said.

Jammu and Kashmir is an integral part of India and the issue is strictly internal to the country, New Delhi has asserted, in reaction to a resolution on the matter by the OIC in its two-day foreign ministers' conclave in Abu Dhabi.

"As regards the resolutions on Jammu and Kashmir, our stand is consistent and well known. We reaffirm that Jammu & Kashmir is an integral part of India and is a matter strictly internal to India," Spokesperson in the Ministry of External Affairs (MEA) Raveesh Kumar said.