Addressing a rally in the North 24 Parganas district, Ghosh said that those opposing the Citizenship Amendment Act (CAA) are anti-Bengali and against the idea of India. 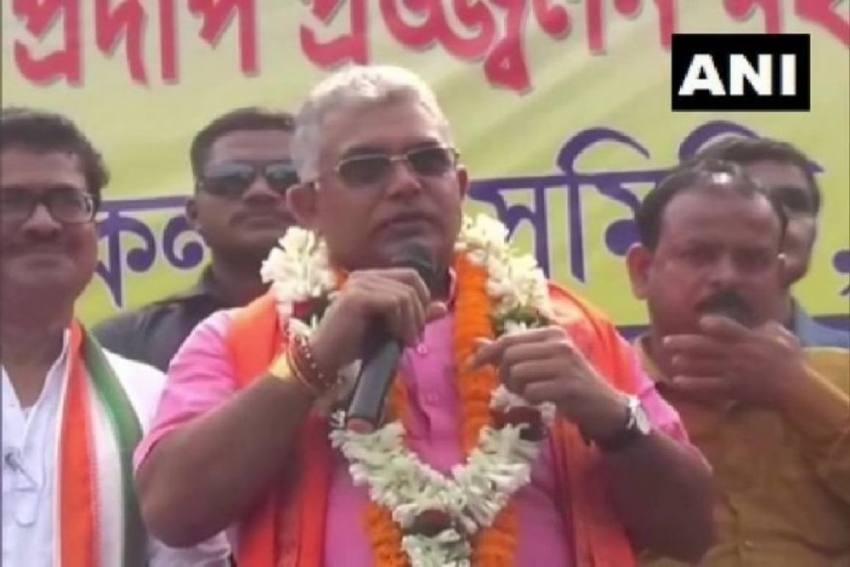 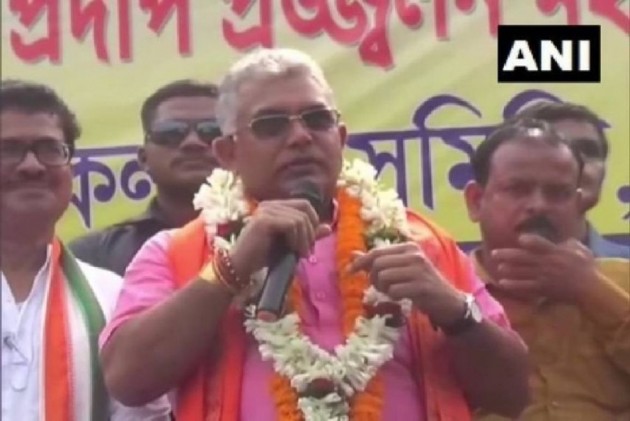 BJP's West Bengal unit chief Dilip Ghosh said on Sunday that the government is committed to implementing the proposed nationwide NRC and will send back 1 crore Bangladeshi Muslims living in the state illegally.

Addressing a rally in the North 24 Parganas district, Ghosh said that those opposing the Citizenship Amendment Act (CAA) are anti-Bengali and against the idea of India.

He said 1 crore illegal Muslims in the state are "thriving" on the government's Rs 2 per kg subsidised rice.

"We will send them back," he announced.

"These illegal Bangladeshi Muslims are involved in arsons across the state," Ghosh added

He said that he has no qualms in being branded communal for supporting the cause of Hindu refugees, who had to run for their life after being religiously persecuted.

"Those who are opposing the CAA are either anti-India or anti-Bengali. They are against the idea of India that is why they are opposing Hindu refugees getting citizenship," Ghosh said.

Continuing his tirade against eminent personalities, opposing the CAA and the proposed nationwide NRC, he said their "hearts bleed for infiltrators".

"What about Hindu refugees? They don't have any answers. This is a double standard," Ghosh said, days after terming them "parasites".

Exuding confidence about forming the next government in West Bengal, the controversial BJP leader said Mamata Banerjee's party will be restricted to 50 seats in the 2021 state polls.