US President Donald Trump said the US does not need the WTO if it fails to address loopholes that favour certain nations. 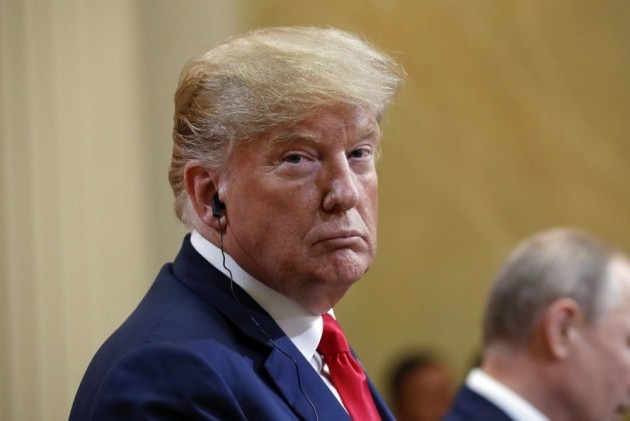 US President Donald Trump has threatened to pull Washington out of the World Trade Organization (WTO) following "years of mistreatment" at the hands of the organization.

Speaking at a campaign rally in Pittsburgh, Pennsylvania, on Tuesday, Trump said, "We will leave if we have to."

"They have been s****ing us for years, and it's not going to happen any longer," he said, according to media reports.

The WTO is an intergovernmental organisation that regulates international trade between nations.

Trump said the US does not need the WTO if it fails to address loopholes that favour certain nations. He has repeatedly criticized the organization, claiming that Washington is disadvantaged as a member of the global bloc.

He has also repeatedly called the WTO a "catastrophe" and a "disaster" for the US.

The White House said in a memorandum that China and many other countries continue to style themselves as developing countries "allowing them to enjoy the benefits that come with that status and seek weaker commitments than those made by other WTO members".

Shortly after issuing the memorandum, Trump said in a statement that the WTO is "broken" as the world's richest countries claim to be developing countries and get special treatment to avoid the organization's rules.

China, with whom the US is engaged in a bruising trade war, has been identified by Washington as the "most significant abuser" of WTO regulations.

Since joining the organization, Beijing has insisted that it is a developing country, according to the memorandum.