Chhattisgarh Chief Minister Bhupesh Baghel said that the Congress government in the state has purchased paddy from farmers on minimum support price (MSP) of Rs 2,500 per quintal, due to which paddy procurement in Chhattisgarh has increased. 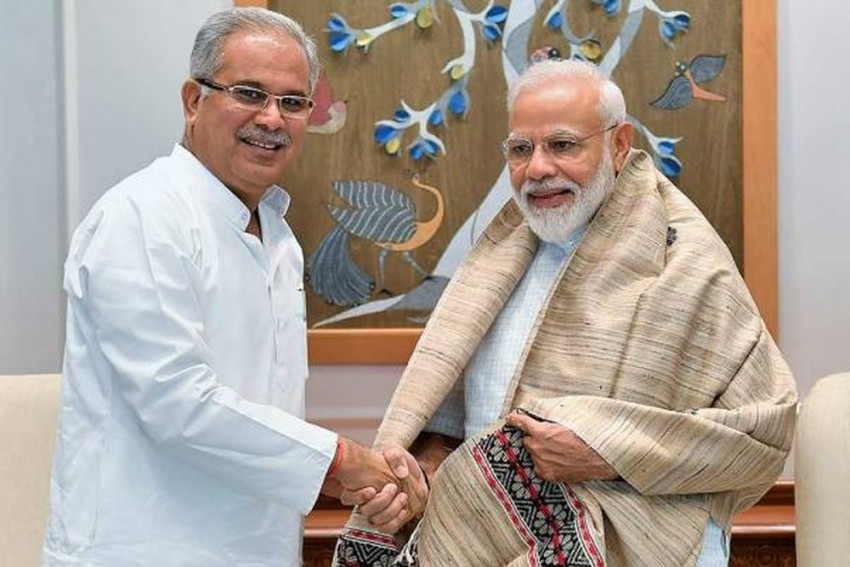 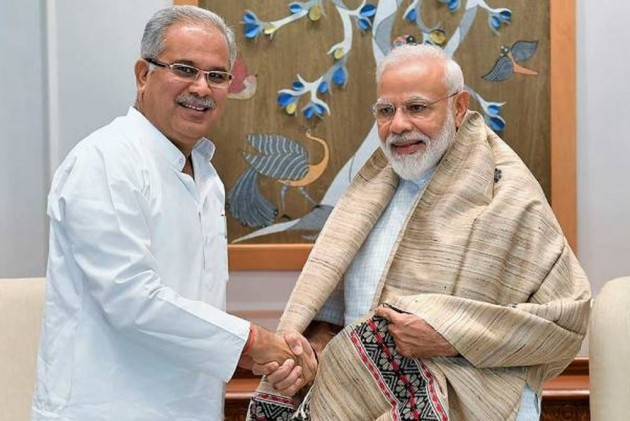 Chhattisgarh Chief Minister Bhupesh Baghelon Saturday met Prime Minister Narendra Modi in the capital, and urged him to resolve at the earliest long pending issues related to 70 lakh tribals and 58 lakh poor families in the state.

Baghel said the Congress government in the state has purchased paddy from farmers on minimum support price (MSP) of Rs 2,500 per quintal, due to which paddy procurement in Chhattisgarh has increased.

He urged Modi to keep the interest of farmers in mind, and allow sufficient stock of rice in central pool, in addition to the requirements under public distribution system (PDS).

He asked the prime minister to provide 100 per cent grant for a scheme providing drinking water through tap connection to each household in the state.

He said there was a need to put extra efforts at national level to provide drinking water facility to each household, similar to the efforts made by the Centre to ensure cent per cent electrification of villages across the country.

Referring to recognition of forest rights during the meeting, he said there were several loopholes in the proposed amendment to Indian Forest Act, 1927 and it does not protect the rights of tribals living in forest areas. Baghel emphasised on better amendment.

He said that the Centre has launched the Pradhan Mantri Kisan Samman Yojana to benefit small and marginalized farmers of the country but the scheme does not include farmers as beneficiaries under the Scheduled Tribes and Other Traditional Forest Dwellers (Recognition of Forest Rights) Act, 2006.

Baghel demanded that these farmers having forest rights should be given Rs 12,000 every year as felicitation amount under the scheme.

Referring to the central government's Ujjawala scheme, the chief minister said that number of cylinders being refilled under the scheme is very less.

He said poor families do not have enough money for refilling the cylinders, and less number of LPG distributers in remote areas is the main reason behind the less number.

Baghel said annual percentage average of refill cylinders under Ujjawala Yojana in the state is just 1.7, therefore 5 kg cylinders should be made available to each district in the state through oil companies so that use of LPG is assured as per the buying capacity of poor families.

During the meeting, he said that premium should be increased for mines allotted for government venture from Rs 100 per tonne to Rs 500 per tonne and the state should also be given a share in electricity generated.