The video shows a girl alighting on to the narrow ledge through a window on the 23rd floor and walking on the ledge for about 30 seconds, during which she also had to make three turns. 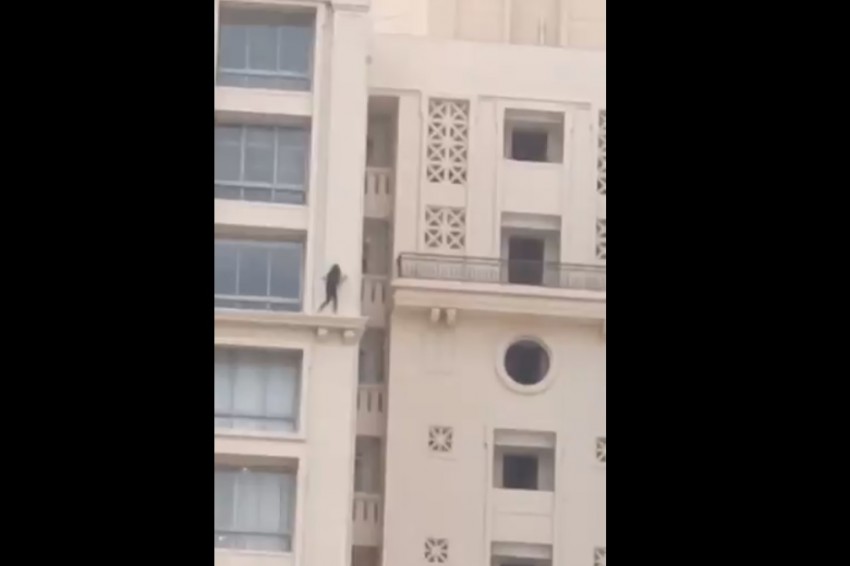 In a viral video, a 14-year-old girl was seen walking the narrow ledge of the 23rd floor of her apartment building in Chennai.
Screengrab/Twitter
G.C. Shekhar August 12, 2020 00:00 IST Chennai School Girl Does High-risk Cat Walk On 23rd Floor's Ledge; Police Serve Her Warning 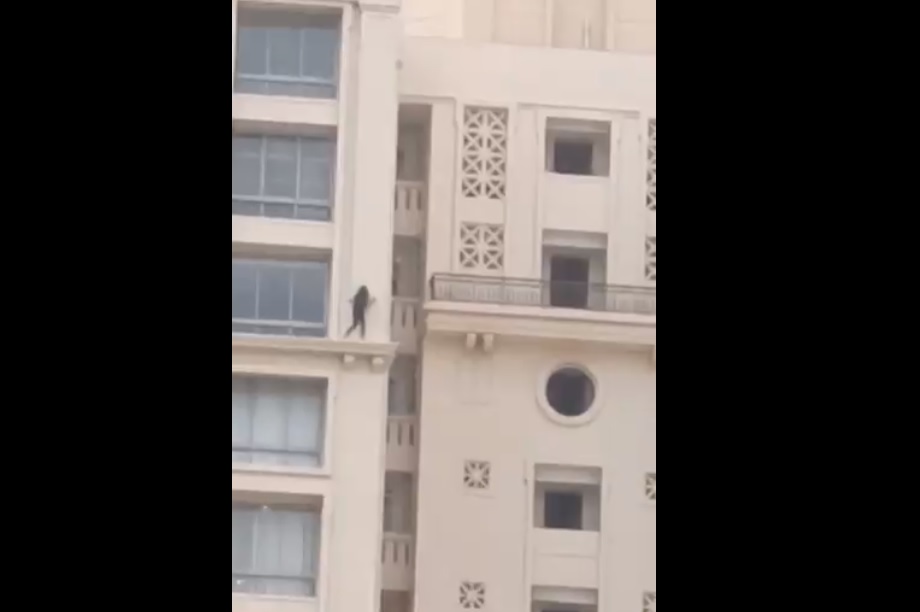 A Chennai school girl, bored by the long confinement at home, played an extremely risky ‘challenge’ game with her elder brother. She walked a narrow ledge along the outer wall on the 23rd floor of her apartment complex to prove she was braver than her brother. She did this ‘ledge’ walk at least three times.

A viral video shows a girl alighting on to the narrow ledge through a window on the 23rd floor and walking on the ledge for about 30 seconds, during which she also had to make three turns.

Someone sent this on whatsapp, some child in Gurugram has taken a dare challenge and engaging in this v dangerous exercise, parents pl be careful and mind the kids . Thank God she is safe but this can prove fatal pic.twitter.com/G9EDkvyrhL

After the video of the incident, shot by one of the apartment residents, went viral the police identified the building and started making enquiries.

Mamallapuram ASP Sundaravathanam, who visited the Hiranandani apartment complex in Kelambakkam, a Chennai suburb, found that the 14-year-old girl, studying in ninth class, had undertaken the risky cat walk on August 6 after challenging her elder brother.

The girl and her brother were let off with a warning while the residents' association was instructed to seal off access to the ledge to prevent future misadventures. While many had mistaken the video to have been shot in Gurugram, Haryana, it was later discovered that the incident had happened in Chennai.

3 Policemen, 5 Others Arrested For Robbery Attempt In Delhi