The Prime Minister Narendra Modi said the new defence office complexes are going to make the working of our security forces more convenient. 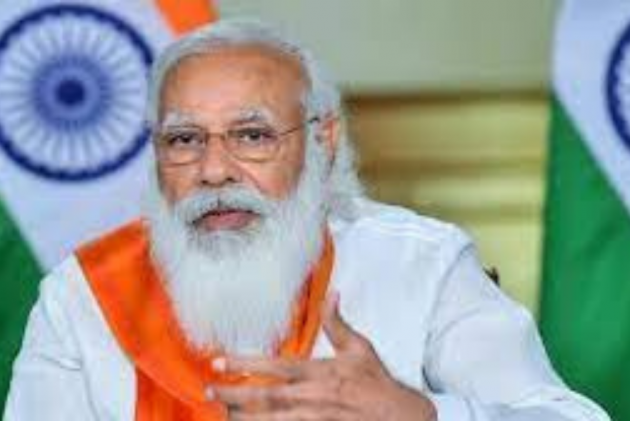 Hitting out at critics of the ambitious Central Vista project in Delhi, Prime Minister Narendra Modi on Thursday said the initiative is a “big step” towards the creation of a “modern” defence enclave.

"Today, in the 75th year of Independence, we are taking another step towards developing the capital of our country according to the needs and aspirations of the new India," he said.

"These new defence office complexes are going to further strengthen our efforts to make the working of our forces more convenient and effective," Modi said.

The prime ministers said the modern offices will go a long way in effectively carrying out all the work related to the security of the nation by the three forces.

"This is a big step towards the creation of a modern defence enclave in the capital," he said.

The officers and other staffers of the Defence Ministry and the armed forces are moving into the new office complexes from their existing workplaces in pre-Independence era hutments in and around the Raisina Hills.

In his address, Modi criticised those who were opposed to the Central Vista project saying they never bothered to find out how the armed forces personnel were working in those hutments.

"When we talk about the capital, it is not just a city. The capital of any country is a symbol of the thinking, determination, strength and culture of that country," Modi said.

"India is the mother of democracy. Therefore, the capital of India should be such that its central focus should be people," he said.

The two buildings, constructed by the Housing and Urban Affairs with resources allocated by the Defence Ministry, have an office space of 9.60 lakhs sq feet.

"Today, when we are focusing on ease of living and ease of doing business, modern infrastructure plays an equally important role in this. This is the spirit at the core of the work being done today related to Central Vista," the prime minister said.

Modi also said that he was confident that work on the new Parliament building will be completed on time.