The ruling TMC and BJP have been engaged in a war of words over the attack on BJP national president J P Nadda's convoy. 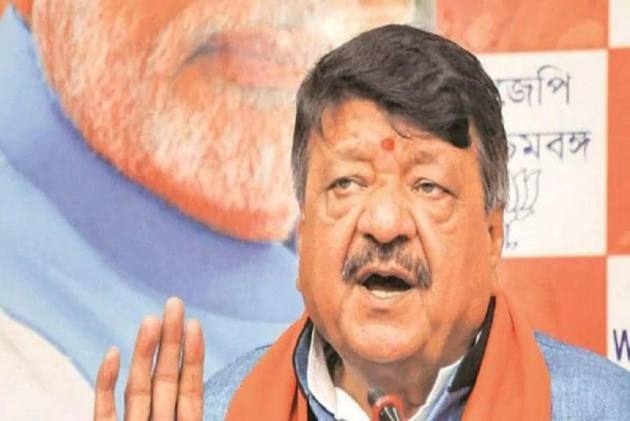 Claiming that Trinamool Congress supremo Mamata Banerjee is "banking on violence" to return to power, BJP national general secretary Kailash Vijayvargiya on Sunday said central forces should be deployed immediately in West Bengal to put an end to the prevailing atmosphere of political violence and terror in the state.

With Assembly polls due in the state in April-May next year, the BJP Bengal minder appealed to the Election Commission to ensure free and fair elections, saying there should not be any place for fear and violence.

"Mamata Banerjee knows that the land under her feet has slipped and so she is trying to return to power in the state on the strength of violence.

Nadda Attack: 'WB Govt Not Accountable To Your Home Minister,' TMC Lashes Out At Centre

"I urge the Election Commission to deploy central forces from now itself in order to put an end to the prevailing atmosphere of political violence and terror in the state," Vijayvargiya told newspersons at Santiniketan in Birbhum district.

The ruling TMC and the BJP have been engaged in a war of words over the attack on BJP national president J P Nadda's convoy by alleged TMC supporters when he was travelling to Diamond Harbour in South 24 Parganas district from Kolkata on Thursday.

The three officers -- Bholanath Pandey (SP, Diamond Harbour), Praveen Tripathi (DIG, Presidency Range) and Rajeev Mishra (ADG, South Bengal) -- were responsible for the security of the BJP chief during his December 9-10 visit to the state.

The West Bengal government will have the "last word" on releasing three of its IPS officers for central deputation, the state's ruling TMC declared on Saturday, dubbing as "intimidatory" the Union Home Ministry's order for shifting them out following the mob attack on BJP chief J P Nadda's convoy.

A communication was sent to the Union Home Ministry conveying the "unwillingness to release" the officers, a top state government official said on Saturday.

The MHA's move came a day after the Mamata Banerjee government defiantly rejected summonses to state chief secretary and police chief to appear before Union Home Secretary Ajay Bhalla to tender explanation for the attack on Nadda''s motorcade that left several BJP leaders and workers injured and their vehicles damaged.

The summonses were issued to the top officials following a report sent by Governor Jagdeep Dhankhar on the law and order situation in West Bengal.

Chief Secretary Alapan Bandopadhyay had written to the Union home secretary, saying that he has been directed to request to "dispense with the presence of the state officials" at the December 14 meeting. Asserting that law and order is a state subject, Kalyan Banerjee, the chief whip of the Trinamool Congress in the Lok Sabha, alleged that the Centre was resorting to coercive means to intimidate the state administration, and the top officials were summoned at the instance of Union Home Minister Amit Shah.

Banerjee wrote to Bhalla on Saturday alleging the chief secretary and the DGP were summoned at the behest of the Union home minister with "political motive".

On Sunday, the BJP national general secretary met Visva-Bharati Vice-Chancellor Bidyut Chakraborty to discuss details about Prime Minister Narendra Modi's virtual programme to mark the foundation day of the central university on December 24. The foundation of Visva-Bharati was laid during a special ceremony at Santiniketan on December 22, 1918.

Vijayvargiya was accompanied by BJP leader Anupam Hazra during the discussion with the VC.

Later Vijayvargiya told reporters, "The PM, who is the Chancellor of Visva-Bharati founded by Gurudev Rabindanath Tagore, is slated to address the programme virtually. We discussed the modalities. It was an informal meeting."

Visva-Bharati authorities on Saturday decided to organise the programme on December 24 where West Bengal governor, Union education minister and state chief minister will be invited and the PM will virtually inaugurate it, varsity sources said.

Vijayvargiya came to Bolpur to oversee arrangements before the Union home minister's proposed visit to the town next week ahead of the programme organised by the university, BJP sources said.