Celeb Tweets: Did The Government Overreact?

The best reaction would have been to ignore Rihanna’s tweet or allow the defenders of the government, including film stars and cricketers to respond. The entire issue would not have blown up as it now has. 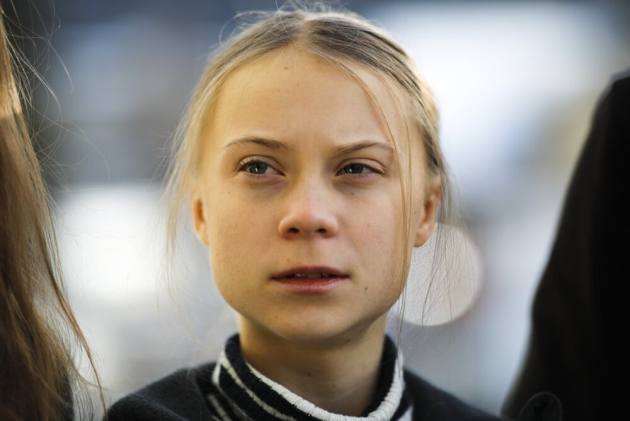 Not satisfied with making a mountain out of a mole hole by having India’s foreign ministry spokesman respond to tweets by pop icon Rihanna and climate activist Greta Thunberg over their support for the on-going farmers protests, the government went one step further on Thursday. Delhi police filed an FIR against the Swedish teenager accusing her of “criminal conspiracy and promoting enmity on grounds of religion”.

However, Delhi police clarified that the FIR was registered against unknown persons in connection with the “toolkit", which was shared by teen climate activist Greta Thunberg and others on Twitter, with a top official saying that the initial probe has suggested the document's link with a pro-Khalistan group.

Asked whether the FIR has been registered against Thunberg, a top official of the Delhi Police said nobody has been named in the case.

After US Remarks On Farmers' Protest, India Draws Comparison Between Reactions To Red Fort Violence And Capitol Hill Riots

Not that this will make any difference to Greta Thunberg, sitting thousands of miles away in Europe. At best this is a symbolic gesture to please the BJP’s domestic support base enraged at international celebrities daring to comment on India’s internal matters. Many will see this as an extension of the government’s muscular policy when it comes to defending India’s “reputation’’ abroad.

Predictably the Delhi police move did not make Thunberg cower in fear. Taking this in her stride, she tweeted soon afterward that she still stood with farmers.

By doing this, the government has merely helped to draw international attention to the farmers’ protest. The best reaction would have been to ignore Rihanna’s tweet or allow the defenders of the government, including film stars and cricketers to respond. The entire issue would not have blown up as it now has. The anxiety is about the huge social media following both Rihanna and Thunberg have. The government is of the view that considering the reach and appeal of social media in today’s world, it had no option but to react.

Earlier, New Delhi had reacted angrily to Canadian Prime Minister Justin Trudeau’s remarks on the farmers. Canada’s support led to BJP activists claiming that the Khalistan lobby settled in that country was using the protest as an excuse to further the cause of the now-defunct Khalistan agitation.

While the supporters of the government have gone ballistic on international celebrity tweets, the MEA’s spokesman Anurag Srivastava was measured in his response to the US State Departments comments made last evening. Neither India nor the new Biden administration would want to undo the tremendous progress made in Indo-US ties in the last few years and more. Freedom of speech, democracy and liberal values are the core values of the Democratic Party. While emphasizing these principles, the US will ensure that this does not affect overall relations. India also knows the strategic nature of these ties, more so with an aggressive China on its doorstep. So both sides will be careful.

“We have taken note of comments by the US State Department. It is important to see such comments in the context in which they were made and in their entirety. As you can see, the US State Department has acknowledged steps being taken by India towards agricultural reforms. Any protests must be seen in the context of India’s democratic ethos and polity, and the ongoing efforts of the government and the concerned farmer groups to resolve the impasse,’’ the MEA spokesman said at his weekly briefing this evening. The US has welcomed the Narendra Modi government’s efforts to reform India’s agricultural sector. Both Washington, as well as its European allies, have been pushing successive Indian governments to further opening up its economy and bringing in labour reforms. So it is hardly surprising that the State Department had lauded these efforts.

When asked specifically on the US comments about peaceful protests being a hallmark of democracy, the spokesman brought in the January 6 attack on the Capitol complex saying: “India and the United States are both vibrant democracies with shared values. The incidents of violence and vandalism at the historic Red Fort on 26 January have evoked similar sentiments and reactions in India as did the incidents on the Capitol Hill on 6 January and are being addressed as per our respective local laws.” And on stopping access to the internet, he said: “The temporary measures with regard to internet access in certain parts of the NCR region were therefore understandably undertaken to prevent further violence.”

It is evident that while both Washington and New Delhi will try to insulate ties from extraneous events, the progressive wing of the Democratic party which is strong on human rights will time and again remind the Biden Administration to take on such issues. Much will depend on how India tackles domestic protests and protestors.