As per the guidelines announced by CBSE, Students will have to carry their own sanitiser bottles and wear a mask to their examination centres. 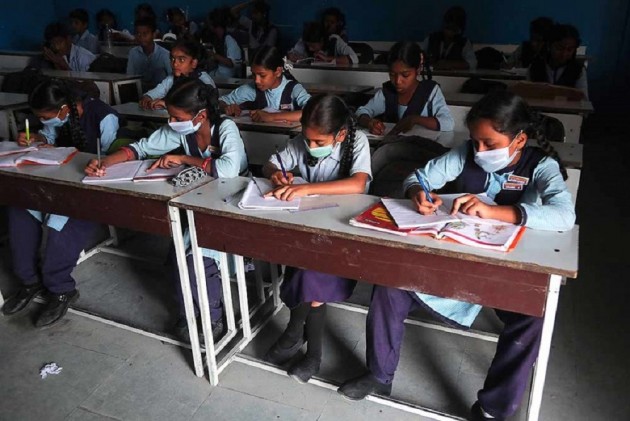 The Central Board of Secondary Education on Monday announced the date sheet for pending class 10 and class 12 board exams, which were postponed due to the COVID-19-induced lockdown.

"The class 10 exams will be staggered on four dates, starting July 1. The first paper will be of Social Sciences, while the next day students will be required to appear for Science exam,” Sanyam Bhardwaj, the Controller of Examination, CBSE said.

As per the guidelines announced by CBSE, Students will have to carry their own sanitiser bottles and wear a mask to their examination centres.

Parents will also have to ensure that their ward is not sick and all candidates will have to follow strict physical-distancing norms, CBSE said.

For class 12, the Home Science exam will be held on July 1, followed by both courses of Hindi the next day.

The class 12 Business Studies exam has been scheduled for July 9, followed by Biotechnology on July 10, and Geography on July 11.

Union HRD Minister Ramesh Pokhriyal 'Nishank' had earlier announced that pending CBSE class 10, 12 board exams, will be conducted from July 1 to 15.

"The students have been impatiently waiting for the schedule for pending exams. It has been decided today that the exams will be conducted from July 1 to 15," he said.

Universities and schools across the country have been closed since March 16 when the Centre announced a countrywide classroom shutdown as one of the measures to contain the COVID-19 outbreak.

Later, a nationwide lockdown was announced on March 24, which has now been extended till May 17.