Reacting to Samyukta Kisan Morcha’s criticism of the remarks he had made yesterday on the issue, the Chief Minister lamented that despite his government’s unequivocal support to their cause, the farmers had misinterpreted his appeal and had, instead, tried to link it with the upcoming Assembly polls in Punjab. 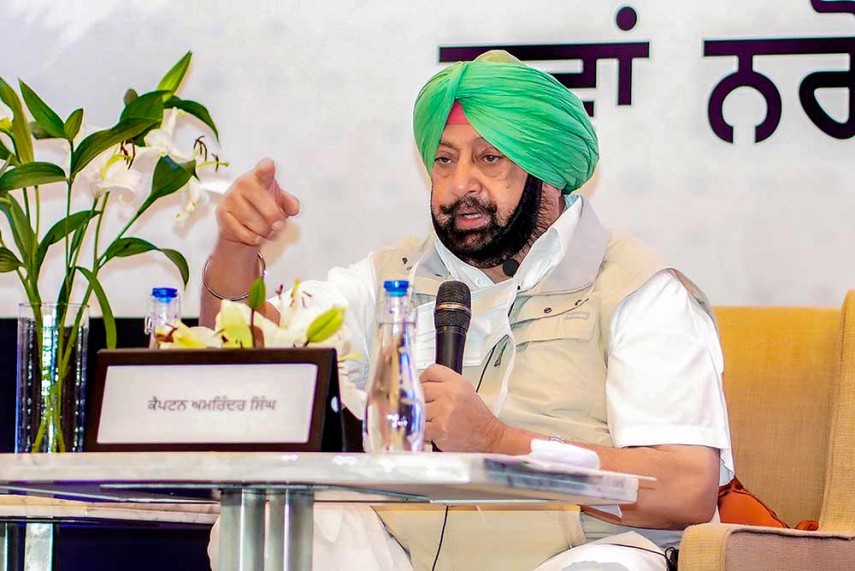 Chandigarh, Punjab Chief Minister Captain Amarinder Singh on Tuesday said it was unfortunate that the farmers agitating against the centre's three farm laws had given a political twist to his remarks instead of understanding the pain and misery caused to the people on account of their protests in the state, given his government’s continued support to them.

Reacting to Samyukta Kisan Morcha’s criticism of the remarks he had made yesterday on the issue, the Chief Minister lamented that despite his government’s unequivocal support to their cause, the farmers had misinterpreted his appeal and had, instead, tried to link it with the upcoming Assembly polls in Punjab. His government, as well as the people of Punjab, had always stood with the farmers on the issue of the farm laws, and it was sad that they were now suffering due to the continued protests of the farming community across the state, he added.

The Chief Minister asserted that there was no question of trying to split the farmers of Punjab and Haryana, all of whom were equal victims of the apathy of the BJP-led governments at the Centre and in the neighbouring state. “My government, in contrast, has not only firmly supported the farmers’ fight against the Farm Laws but had even brought in amendment Bills in the Vidhan Sabha to mitigate their adverse impact,” he pointed out, adding that those Bills had, unfortunately, not been forwarded by the Governor to the President for assent.

Pointing out that the farmers’ fight was against the BJP, which was solely responsible for thrusting the anti-farmer legislations on Punjab and other states, Captain Amarinder said inconveniencing the people of Punjab was not justified in the circumstances. He rejected the Morcha’s claims that there was no paralysis of the government in Punjab due to the farmers’ protests, pointing out that it was not the Adanis or the Ambanis whose interests were being hurt by such protests but the common people of the state, as well as its economy.

The Adanis’ assets in Punjab were a miniscule 0.8% of their total assets, and the presence of the Reliance Group stood at a nominal 0.1%, the Chief Minister observed, adding that the losses caused to these industries due to the farmers’ unrest in the state were too minor to be of any serious concern to them. “It is the people of Punjab who are suffering due to the disruption of services as a result of the protests,” he said.

Continued protests in Punjab will push industry out of the state, which would have a severe impact on the economy, which his government was still trying to revive from the crisis into which the previous SAD-BJP government had pushed it, said the Chief Minister. Already, the situation was becoming serious on the grain storage and procurement front due to the agitation, with the lifting of stocks by the FCI and state agencies getting obstructed, he said. With the wheat stocks having already completed four years of storage, the unused capacity was getting ruined, while also resulting in financial burden on the public exchequer due to payment of guaranteed charges to the silo owners as per agreements of hiring, said Captain Amarinder, disclosing that the stocks lying in the FCI Adani silo at Moga alone was worth Rs 480 crore.

All the movement of wheat stocks from FCI Adani silo, Moga and FCI silo, Kotkapura is halted due to the on-going farmers' protest, whereas, 160855 MT of wheat stocks of previous crop years stored in the Adani silo, Moga by FCI needs to be liquidated on priority, as deterioration of these stocks may lead to losses to the Public exchequer. The value of stocks in Moga Adani silos is approximately Rs 480 crores.

The CM further pointed out that the construction of silos awarded by FCI in the state was getting delayed as farmer unions were not allowing JCBs and trucks to enter the construction sites. This was a serious cause of concern since the GoI/FCI had already announced that from RMS 2024-25 onwards, procurement of wheat in the central pool will only be done as per the available covered/scientific storage capacity. What is further likely to damage the state’s interests is reports of silo concessionaires/parties also considering to shut down the projects being set up in Punjab, he added.

“If things continue in this manner, we will lose out on investment, revenue aNstuNationd employment opportunities,” the Chief Minister warned, adding that this would lead to serious paralysis of the government in Punjab.

The farmers could not possibly want to lead Punjab and its people back into the depths of despair from which his government had barely managed to pull them out over the past four and a half years, said Captain Amarinder, once again urging the farmers to discontinue their protests in Punjab, which was not even remotely responsible for their plight