'The swayamsevaks are indoctrinated into devotion, nationalism and social dedication. Discipline is of utmost importance. Swayamsevaks with a greater degree of dedication become functionaries. The ones devoted enough to give all their time to the outfit, and stay away from marriage and other engagements, are adopted as pracharaks'. 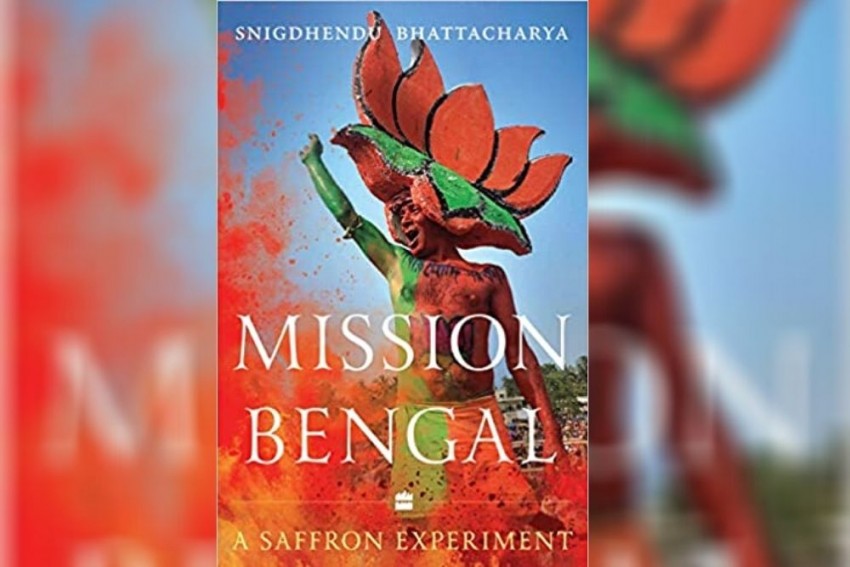 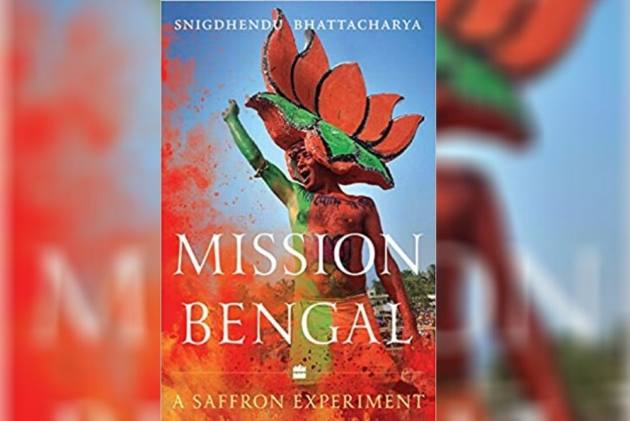 An excerpt from Mission Bengal: A Saffron Experiment by Snigdhendu Bhattacharya, published by HarperCollins.

Who’s Who of RSS in Bengal

The RSS has no formal membership. Attending a shakha (literally a branch) – the lowest organizational unit of the RSS that gathers daily at an open space in the morning or evening – is the only way to join it. The participants are called swayamsevak, meaning volunteer. They participate in games, physical exercises, group discussions and chorus singing before ending their hour-long sessions with prayers offered to motherland and respects paid to the bhagwa dhwaj, the saffron flag, the ultimate guru that the swayamsevak is dedicated to.

The ganvesh (uniform) is not mandatory for the shakha but is a must on special occasions. Shakhas with more than thirty or forty attendees are often divided into groups, called gata, for the convenience of exercise, games and group discussion. For those who cannot make it to the shakha every day, there are the weekly and monthly gatherings, called milan and mandali, respectively.

‘At the core of the activities of the shakha is ‘character building’, which is to create the basis of nation-building, the saha-prant pracharak of the RSS in south Bengal, Bidyut Mukherjee, explained to this author.

The swayamsevaks are indoctrinated into devotion, nationalism and social dedication. Discipline is of utmost importance. Swayamsevaks with a greater degree of dedication become functionaries. The ones devoted enough to give all their time to the outfit, and stay away from marriage and other engagements, are adopted as pracharaks. They live in the Sangh offices, eat vegetarian food and get their monthly expenses covered by the Sangh.

However, before becoming a pracharak the candidate must prove his abilities and dedication by serving at least two terms as a vistarak or a whole-timer for a limited period (usually for some months to a year). In most cases, pracharaks are appointed when in their early twenties and chosen from among those who attended shakhas from their school days.

The next level of involvement after attending a shakha is participation in the prathmik shiksha varg or initial training camp – known as ITC in Sangh parlance. These are seven-to-ten-day camps held at the district level annually. Members of the pranta karyakarini (state executive) and zilla karyakarini conduct various classes at these camps. After this, the next stepping stone is the OTC or officers’ training camp held at the state level. There are three categories of OTC camps. First-year OTC is the state-level camp, second-year OTC the regional level camp, and third-year OTC the national-level camp. The first two types of camps are of twenty days’ duration, while the third is a twenty-five-day camp, held in Nagpur.

Attending an ITC is not among the easiest of ways to spend a week. The following set of advisories given to applicants in October 2016 by the RSS’s Barrackpore district unit3 for the seven-day ITC gives an idea about what it takes:

(a) Come prepared with the complete uniform.

(b) Bring along exercise books and pens, a plate and glass, an extra half-pant and t-shirt, shaving kit, personal belongings of daily requirement, bed sheet, mattress and mosquito net.

(c) Do not bring Bermuda and lungi.

(d) Get a health check-up done. Do not come with any illness.

(f) Do not bring excess cash.

(g) If you bring a mobile phone, it has to be deposited with the camp authority right at the beginning and will be returned only after the end of the camp.

(f) If it becomes necessary to contact family members, phones of camp officials can be used, after permission is granted by the camp in-charge.

Testing of leadership skills starts from the gata, or group, level. One participant is appointed as a gatanayak (group leader) and another as a shikshak (instructor). The shakha-level leadership consists of the karyavaha (secretary) and mukhya shikshak (chief instructor), the latter being the de facto head of a shakha. A few shakhas make a mandal (panchayat). A few mandals make a nagar in the municipal areas and a khand in rural areas.

Ideally, a mandal’s range of operations should correspond with a gram panchayat area and a khand’s with a community development block. But in Bengal, there was no mandal between the shakha and khand in most places because there were not enough shakhas in the state yet, as compared to the number of shakhas in other states where the Sangh’s activities had taken deep root. However, populous municipal towns, such as Siliguri in north Bengal, were divided into upanagars or sub-towns (such as Binay upanagar, Sushrut upanagar, etc., in Siliguri). The same was done in populous community development blocks. The Chinsurah-Mogra block in Hooghly district consisted of the Bandel and Mogra khands.

The organizational districts of Hooghly, Tarakeshwar and Howrah rural made the Hooghly-Howrah vibhag, which operated under the Dakshin Banga prant.

North Bengal, which at one time was a division under the West Bengal prant, was made a separate organizational state or prant after 2000. In north Bengal, districts like Alipurduars, where RSS’s growth was fairly exponential during the Mamata Banerjee regime, many places had mandal-level formations between the RSS shakha and khand/nagar levels. There must be more than two shakhas within one panchayat area for a mandal to be formed.

From the nagar/khand level, the leadership is made of sanghachalak, karyavaha and pracharak. However, in West Bengal, only the district-headquarter towns had nagar pracharaks. As this author understood from observing the functioning of the organization, the sarsanghchalak is the helmsman at the topmost level and the sarkaryavaha the second-in-command. At the base level of shakha, the mukhya shikshak is the de facto head. The karyavaha plays the most important role at the nagar/khand level. At the levels of district, division, state and region, the pracharak is the key person, along with the karyavaha.

A pracharak is available round the clock and coordinates the work of different levels of committees and sectors, including that conducted by affiliate organizations. New pracharaks are usually appointed first as nagar and khand pracharak. For instance, the Suri nagar pracharak in Birbhum district in 2019 was Arindam Pal, a man in his twenties, who hailed from Tarakeshwar in Hooghly district.

From nagar to kshetra, the role of the sanghchalak is more that of a guide than an organizer. Several swayamsevaks this author interviewed described the RSS as a ‘pracharak-based organization’. For example, the Hooghly-Howrah Vibhag pracharak, Ashis Mandal, was the de facto head of the RSS in this division, and he worked through the zilla pracharaks of Hooghly, Arambag and Howrah rural. Around 2018–19, Asansol zilla Pracharak Palash Dolui and Bardhaman (Burdwan) zilla pracharak Tarun Bera reported to the Bardhaman vibhag pracharak Paritosh Saha, the key organizer in Burdwan. The vibhag pracharaks report to the prant pracharak. There may be several pracharaks in a district, working in various capacities, but all have to report to the zilla pracharak. Similarly, all pracharaks in a state are to be guided by the prant pracharak.

Some of the pracharaks are ‘loaned’ to affiliate organizations, but the RSS can always recall them or depute them to some other organization. This effectively means that a pracharak is supposed to work in different organizations of diverse interests, while his loyalty would remain towards the RSS.

Right from the beginning of the RSS activities in Bengal, pracharaks were sent from Nagpur at regular intervals. According to some of the veteran RSS functionaries this author interviewed, Eknath Ranade came to West Bengal as the eastern zonal pracharak in 1949, shortly after the nationwide ban on the RSS was lifted. The state already had three pracharaks – Ramprasad Das (possibly the first pracharak from the state), Keshab Chandra Chakraborty and Sukumar Banerjee.

Bansilal Sonee, who became a pracharak in 1949, had come to Kolkata from his home in Jharkhand to study at Vidyasagar College and got deeply involved in the Sangh’s activities.

(Snigdhendu Bhattacharya is a Kolkata-based journalist covering politics, socio-economic and cultural affairs. He has been privy to the insider’s view of the Singur and Lalgarh movements and has extensively covered the Maoist upsurge. Snigdhendu is passionate about investigating the many shades of life and spends his free time reading, writing and discovering new places.)