Bollywood Is Not A Welfare State: Pankaj Tripathi 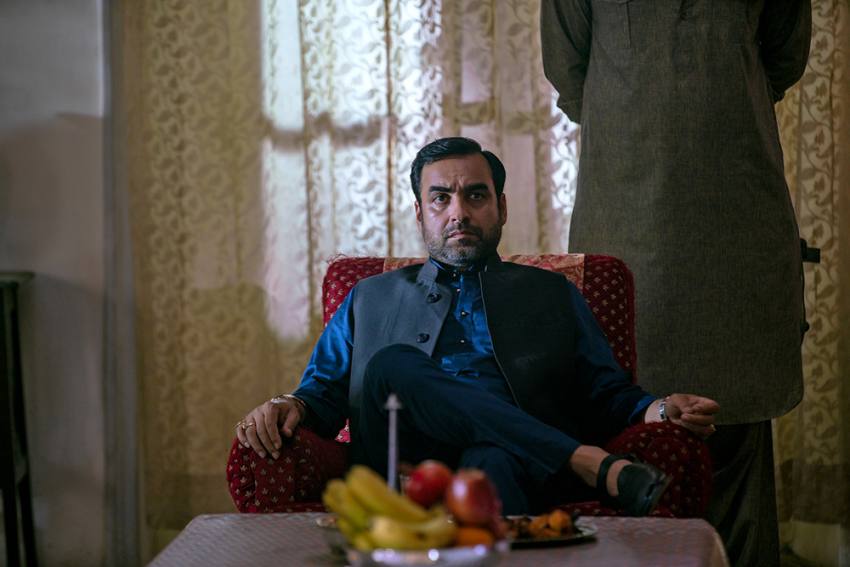 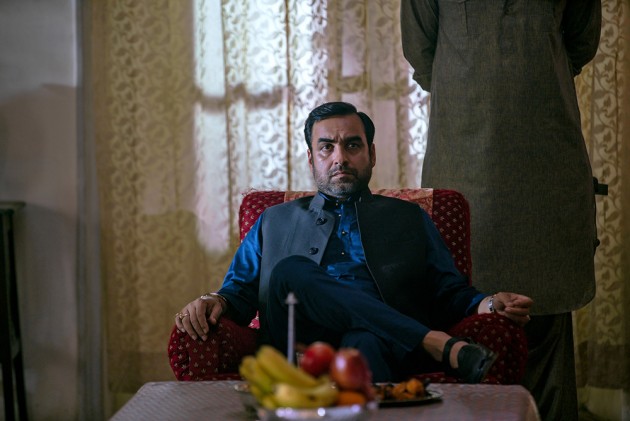 Pankaj Tripathi is ranked among a rare breed of actors who have risen to fame because of their natural performances. Success, however, remained elusive for more than a decade before he finally made it. In the role of a local don, Kaleen Bhaiyya, he has won a lot of accolades in Amazon Prime video’s hit web show, Mirzapur (2018). Ahead of the streaming of the second season of the series from October 23, the Bihar-born actor talks candidly to Giridhar Jha, about the highs and lows of his journey in Bollywood. Excerpts from the interview:

Q) The second season of your popular web series Mirzapur will stream on October 23 on Amazon Prime Video. How does it feel?

It feels nice, because in today's era of internet and OTT, when so many stories are coming every week, every month, people have been waiting for it for a year. They are talking about its characters. This is our achievement. There must be something in it that people are talking so much about it. Everyone has worked hard for Season 2. We hope that people will like it and we will live up to their expectations once again.

Q) Mirzapur was a super hit web show. In your view, what were the reasons for its success?

I think, its story, its characters, its entertainment quotient, everything. Its characters were unusual. People also found its story interesting. Personally, I don't like action-oriented crime stories, but I think the audiences, in general, are enamoured of crime dramas. It is a world that does not appear on the surface but exists. Wherever I go now, people call me Kaleen Bhaiyya. I did not know that this character would become so popular.

Q) Your state Bihar, or Poorvanchal for that matter, has been no stranger to the old nexus of politics and crime. Did your real-life experiences there help you while playing this character?

It was easy for me in this case, because I am familiar with Poorvanchal. I have read and heard about the Bahubalis from there through newspapers and books. I have seen such people in real life. But then, an actor has his own craft and imagination, which he uses in portraying a character. I thought, why not make Kaleen Bhaiya a ‘soft’ character? So he never speaks loudly on screen. If you are not aware of his job, then he will look like a humble and progressive person, not a Bahubali. He hides his inner self and presents his good image on the screen. Yes, it was interesting for me to play it because I have seen and read about such personalities.

Q) Actors usually forget their roles once a film is completed, but for a web series, you have to remain in the skin of the character for a longer duration. How hard is it for an actor?

Playing Kaleen Bhaiyya was not so tough for me. When I started shooting for Season 2 after a year and a half, the director of the film came up to me and said, "Pankaj-ji, you used to do like this in the first season. I asked him to show me a clipping and he showed me a scene on the laptop right there. After that, I realised that I was not doing well. Then I returned to resume shooting. There was no problem after that. Actually, I am more familiar with this character than any other character in other films or web series.

Q) With the sudden increase in the popularity of digital platforms, there has been a flood of new content but their quality is being questioned. How can good content be ensured on OTT platforms?

I think the audience is an enlightened lot. They will not pay for any nonsense content. On OTT, you have to create an account and become a member. Yes, I agree that many people create anything for the sake of sensationalism. But as a responsible actor, I censor myself. I see why I am doing a particular scene, or how important it is in the story. In my theatre days at Patna's Kalidas Rangalaya, we used to say before the start of each play, "a very warm welcome to the learned audience". We did so because we expected the audience to be learned. Today, viewers on the digital platforms are too sharp and they understand the intent behind every scene. We leave it to the well-meaning audience. They can filter.

Q) Usually, when the first season of a web show becomes a big hit, expectations from the second season increase manifold. Does it put on under pressure ahead of Mirzapur 2 release?

The filmmakers or the writers may be under pressure, but as an actor, I never feel any such pressure. I believe when I go on shooting that is the reality of that day. I do my work that day with all my ability. Generally, I do not take pressure on the commercial aspects of any of my films or web series. As an actor, I honestly do my work. I cannot do anything more than this. As far as the writing of Mirzapur Season 2 is concerned, it is deeper and more complex than the first season, looking for new territory. I believe that the audience will like it as I have liked it.

Q) In a web series, the actor is given more preference than the star, but theatres are still ruled by the superstars who deliver Rs 100 crore-Rs 200 crore commercial hits. Do you see the star system in Bollywood coming to an end after the Covid-19 period?

I do not have a grasp of sociology or psychology, but as an actor, I can only hope that the audiences are good. Actually, it is a subjective question on which every person may have different opinions. A story looks good to one person and not to another. Sometimes a mediocre film does business worth crores and we wonder how so many people saw it? But what I thought to be an average fare must have appealed to a whole of people, or they might have gone to see the film after being influenced by marketing gimmicks. At times you read a book, which does not impress you but it ends up being a best-seller. Every person has his own choice, taste and it should be respected. I look at it in this way, that the star-driven films which were made five-ten years ago are no longer made with the same star. Earlier most of the films had a set formula: a hero, a heroine, a comedian and a villain. Now even in the films of the biggest superstars, the audiences go to the theatres looking for a story.

Q) You finally met with success after a prolonged struggle, but it did not seem to have gone to your head? How do you handle your stardom?

I stay connected with people, read books. Even today I stay connected with my ancestral village Belsand in Bihar. During the lockdown, I read books by young Hindi writers such as Satya Vyas, Nilotpal Mrinal, Dev Prakash Dubey, Praveen Kumar and Anurag Thakur. I keep talking to those with whom I have done theatre in the past. I meet different people and hear their experiences. During the shooting of Mirzapur I asked Kulbhushan (Kharbanda) ji to narrate stories of his time. For me, it is not artificial. People ask me how do I remain grounded after twelve years of struggle. I say that I do not consider that phase as a struggle. Rather I see that period as an opportunity to polish my art and craft. Today I appear on many platforms and people love me but when it will not be there, I will remain what I am.

I know that nothing is permanent in life. Nothing is fixed. That's why I read books. Even today when I read the poems of Kedarnath Singh, I feel something melting inside me. Even today I read the poetry of Alok Dhanwa and I feel I have become a better man. Apart from these, I read Arun Kamal, Renu, and Gorky. Maybe these people take care of me.

Q) You must have had many bitter experiences during your struggle days? Many film-makers who may have rejected you must be running after you with offers of films? You don’t feel bitter about them?

My house is near the sea in Mumbai and nowadays I often go for a walk on the beach. One day I noticed that a lot of garbage came to the beach during high tide. I was sad to see how we are polluting the sea. I recalled a film shoot on a beach which took place a few years ago, where it was said that no matter how much garbage is thrown in the sea, it does not keep with it; it invariably throws it back. You will have bitter experiences in the film industry or in any other field. There is a saying in Hindi, which means, if you are a human, then you are bound to face both joys and sorrows. As far me, when I cannot change the content, I change the context. I am sitting in the sun right now. I will either get sunburn or vitamin D out of it. Actually, cinema is not a public welfare state. This is the business of art and wherever the word ‘business’ will come, things like morality and ethics can be bypassed. As far as I am concerned, I do not keep any bitterness of life inside me. For example, if the person in front of me gives something and I do not take it, then that thing remains with him. If someone insults me or abuses me and I do not accept her, it stays with him.

Q) From the death of Sushant Singh Rajput to the insider-outsider debate, Bollywood has lately been embroiled in controversies due to many issues. How do you look at it? Will the industry be able to get over this phase quickly?

Frankly, I do not have any idea about this. Investigation agencies are doing their work. Conditions will become normal. We are now living in the din. A media trial starts on just about everything. No industry can be viewed from a common perspective. As bad as Kaleen Bhaiyya looks, there will still be some goodness in him. There will also be flaws in immaculate characters as well. We are all living in the grey area. The uproar as it is happening now is tragic, especially when there is a crisis all over the world due to Covid-19. I hope that after Mirzapur 2 starts streaming on October 23, this uproar will die down for some time, as the audiences are eagerly waiting for it.