Shivraj Singh Chouhan, however, equated Prime Minister Narendra Modi and Home Minister Amit Shah with "Lord Krishna and Arjun" over the Centre's move to scrap the special status of Jammu and Kashmir under Article 370. 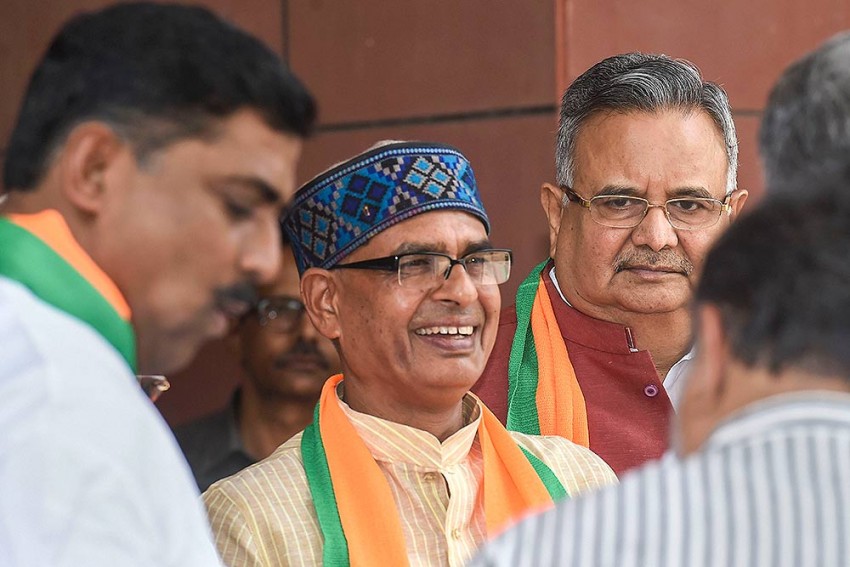 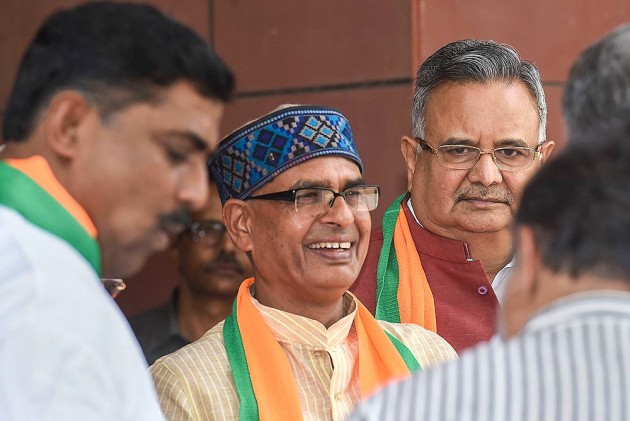 He also dubbed former Congress president Rahul Gandhi "'Rannchhod das' (deserter) Gandhi" who has "abandoned" the party after its successive debacles in the Lok Sabha polls when it is passing through a critical phase.

"The country is going ahead under the leadership of PM Narendra Modi and Amit Shah. They are busy in taking the country forward like 'Krishna' and 'Arjun'," said Chouhan
while hailing the PM and Shah over the Centre's decisions on J&K.

Claiming the Congress is "confused" over how to react on this development, Chouhan demanded the party interim president Sonia Gandhi make a statement on the issue.

"Congress leaders are speaking in different voices after the Centre in a historic move withdrew the special status of Jammu and Kashmir under Article 370 wheres Sonia Gandhi has
maintained silence over the issue. The Congress party is confused over how to react to the Centre's decision," Chouhan told a press conference in Panaji.

The former chief minister of Madhya Pradesh and national vice-president of the BJP is in the Goa capital to address a convention of BJP workers.

After the Centre revoked special status of Jammu and Kashmir and bifurcated the state into two Union Territories, some leaders of Congress, including Jyotiradistya Scindia, had
supported the move though the party had opposed the J&K Reorganisation bill in Parliament.

However, Congress later adopted the line that it was against the manner in which the bill was brought in Parliament by the ruling party.

"While various leaders of the Congress party are speaking in different tones, Sonia Gandhi and Rahul Gandhi have not spoken on the issue. I demand Sonia ji make a statement and express her perspective on the issue," he said.

Chouhan said he was not expecting Rahul Gandhi to make any statement.

"Rahul Gandhi has become 'Rannchhod das Gandhi' who abandoned his party after the Lok Sabha poll debacle though it was his duty to rebuild the organisation," he said.

Referring to Sonia Gandhi taking charge of the Congress once again, Chouhan said the party was busy in ensuring that monopoly of a "single family" was not lost over
the organisation.

He blamed "wrong policies" of former prime minister Jawaharlal Nehru for "sufferings of people" in Goa, a former Portuguese colony, and J&K in the past.

"Nehru's wrong policies were responsible for Goa remaining under the Portuguese rule for several years even after India won independence," he said.

Goa was liberated in the year 1961 through military action.

"Goa prospered after liberation and in the similar way, Jammu and Kashmir will develop now after revocation of Article 370," he said.

He said that Nehru was also responsible for creation of Pakistan occupied Kashmir (PoK) region after the war (in 1965).

"When Indian Armed forces had pushed back Pakistani soldiers, Nehru announced one-sided ceasefire due to which the PoK remained under their control or else it would have become an integral part of India," he alleged.

J&K: 190 Primary Schools To Reopen Today In Srinagar; Govt Offices To Be Functional Across Valley