Home  »  Website  »  National  »  'BJP's Doors Open For Everybody Who Believes In Our Ideology': Party Leaders On Sachin Pilot

'BJP's Doors Open For Everybody Who Believes In Our Ideology': Party Leaders On Sachin Pilot

The Congress has cracked down on Sachin Pilot, stripping the dissident leader of the posts of Rajasthan's deputy chief minister and the party’s state unit president. 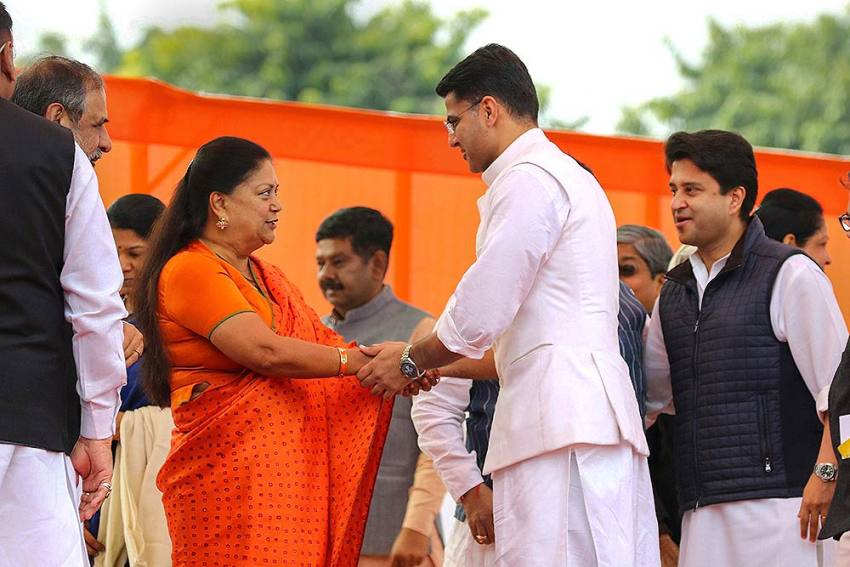 In this file photo, former Rajasthan CM and BJP leader Vasundhara Raje greets the state's then new Deputy Chief Minister Sachin Pilot the during his swearing-in ceremony.
PTI Photo
PTI 2020-07-14T21:28:08+05:30 'BJP's Doors Open For Everybody Who Believes In Our Ideology': Party Leaders On Sachin Pilot 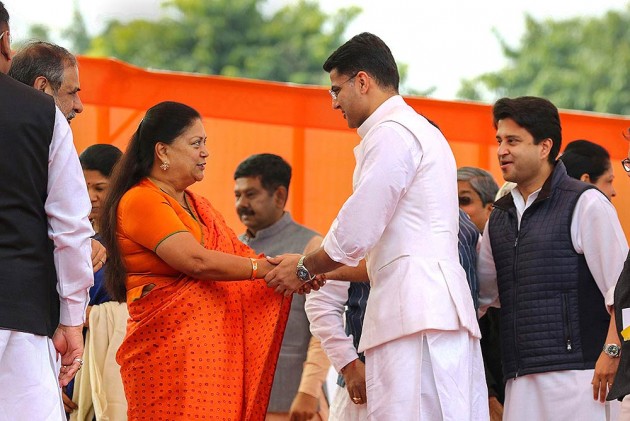 With all eyes on rebel Congress leader Sachin Pilot's next political move, several senior BJP leaders from Rajasthan said on Tuesday that their party's doors are open for anybody who expresses trust in its ideology.

"If anybody with a mass base joins the BJP or any political party, everybody welcomes him. Expressing trust in our ideology, if anybody joins us we will welcome him with open arms. This is a normal procedure," Union Minister Gajendra Singh Shekhawat told reporters in Delhi.

Shekhawat also took a swipe at Rajasthan Chief Minister Ashok Gehlot, saying he is behind all this "propaganda" to cover up the failures of his government which is now in "minority".

Gehlot had been working on this plan for over six months and "succeeded" with the ouster of Pilot from his government, he claimed.

Another BJP leader, P P Chaudhary, echoed Shekhawat and said the Congress government in the state has been reduced to a minority.

A young leader has been marginalised in the Congress as the party has no place for young faces, he said about Pilot.

"So many people joining Sachin is a big thing, and I believe more will join him. BJP's doors are open for everybody if he believes in our ideology. If Sachin Pilot joins us, I don't think there will be any problem. Our national leadership, though, will take the final call," he said.

The Congress on Tuesday cracked down on Pilot, stripping the dissident leader of the posts of Rajasthan's deputy chief minister and the party’s state unit president, and sacking two loyalists from the state cabinet.

Though the party seems to have the numbers for now to hang on to power in Rajasthan, the development deepens the crisis in the Congress which has lost two major states - Karnataka and Madhya Pradesh - over the past year.

BJP vice president Om Prakash Mathur said the political crisis in Rajasthan has been caused by "weakness" within the Congress.

"Dear Ashok Gehlot, closing your eyes does not make the sun disappear. There is weakness in the structure of your house, and you are blaming the BJP national leadership for this," Mathur, who is a senior party leader from the state, said.

Another BJP vice president Baijayant Jay Panda, who is also a party spokesperson, set tongues wagging with his tweet, "In aviation, every flight plan includes an alternate airport or airstrip to divert to in the event of technical problems or severe bad weather. Every experienced pilot knows this."

Though the BJP has made no official comment about any political negotiation with rebel Congress leader Sachin Pilot, sources said he has spoken to some leaders from the saffron party.

Sources close to Pilot had though insisted earlier that he would not join the BJP.

The BJP, the sources said, is keeping a close watch on numbers of Congress MLAs who are supporting Gehlot and those who are with Pilot.

Taking a dig at the crisis-hit state government in Rajasthan, Shekhawat said that the dispensation is on autopilot as the chief minister is "busy chasing a Pilot".

"Sad to see Rajasthan Govt on auto-pilot because the CM is busy chasing a Pilot," Union Jal Shakti Minister Shekhawat tweeted. He is an MP from Jodhpur in Rajasthan.

Shekhawat also made a veiled attack on the Gandhi family without taking its name.

"Looking at the rebellion clearly indicates that there is a lot of suffocation in the King's palace," he tweeted.

In the 200-member assembly, the Congress has 107 MLAs and the BJP 72, with Gehlot claiming support of several independent and other parties' MLAs as well.

Pilot's camp has claimed that he enjoys support of around 30 MLAs.