Several well-known 'Ragini' singers have been booked to perform at the programmes to be held in Najafgarh, Mehrauli, and North West and Outer Delhi. 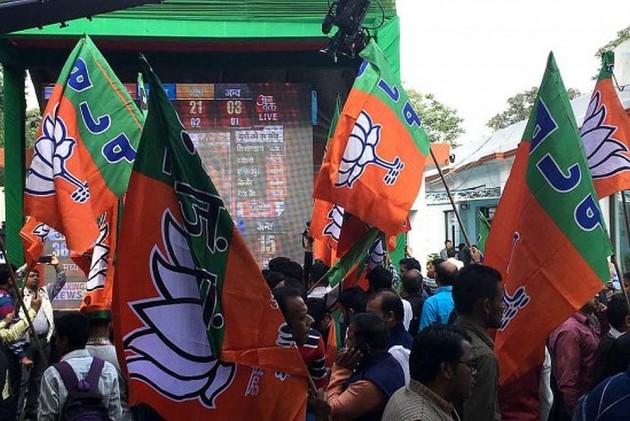 To drum up support for the new farm laws in the national capital's rural areas, the Delhi BJP will take the help of folk 'Ragini' singers to spread the message on how the legislation will benefit farmers and reform the agriculture sector.

In the coming week, a series of 'Ragini' programmes will be held in rural parts of Delhi and artistes through their songs will also tell people how the Opposition is "misleading" them on these three laws, party leaders said.

Several well-known 'Ragini' singers have been booked to perform at the programmes to be held in Najafgarh, Mehrauli, and North West and Outer Delhi, Delhi BJP vice president Sunil Yadav said.

"Special 'Ragini' songs describing benefits of the Modi government's farm bills that were passed by Parliament and how Opposition parties are misleading farmers on it, will be sung in these programmes," Yadav, who is coordinating the cultural programmes as part of the Delhi BJP's campaign, said.

Party leaders, including MPs and MLAs, will be involved and they will participate in meetings, tractor pujas and rallies, and door-to-door campaigns in rural pockets of Delhi to garner support for the new farm laws, against which farmers are protesting in Punjab and Haryana.

Yadav said that Ragini songs are popular in Delhi's outlying areas and it can help the party to combat opposition "propaganda" over the new farm laws.

"We have roped in some artistes like Preeti Chaudhary and Kanauj Baisla to aware people about how the new laws will benefit farmers. The plan is to hold nearly 15 such cultural programmes in different parts of the city," he said.

Necessary permissions have been sought for the programmes, Yadav said, adding that arrangements will be made to follow all COVID-19 norms such as proper social distancing at the events.

According to a gazette notification, the President gave assent to three bills: The Farmers'' Produce Trade and Commerce (Promotion and Facilitation) Bill, 2020, The Farmers (Empowerment and Protection) Agreement of Price Assurance and Farm Services Bill, 2020, and The Essential Commodities (Amendment) Bill 2020.

The Opposition parties have been criticising the manner in which the Bills were passed in the Parliament and over minimum support price issue.