BJP Won't Get More Than 10 Seats in UP; Congress Will Get 4 In Delhi, Says Rahul Gandhi

About Delhi, Rahul Gandhi said the Congress was in favour of fighting this election with AAP on its side against the BJP but blamed chief minister Arvind Kejriwal for failing to build a united front. 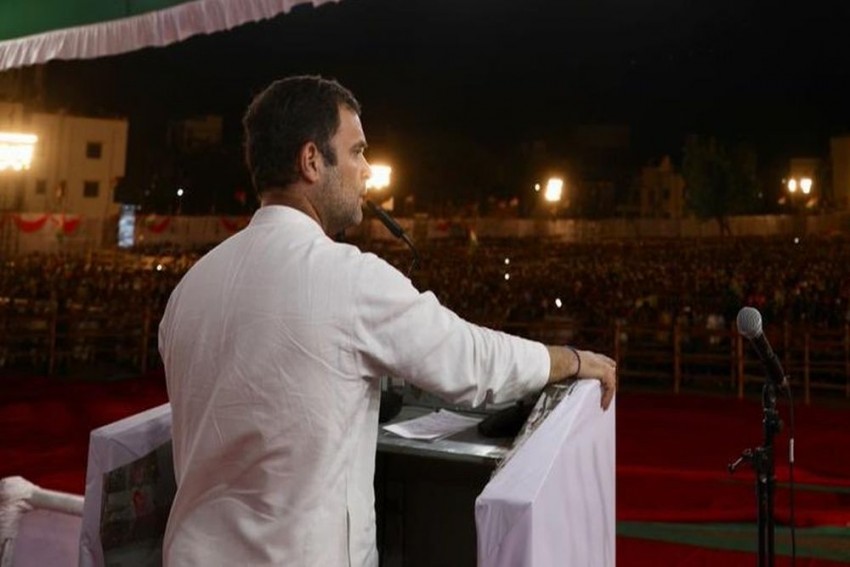 Congress President Rahul Gandhi addresses a rally.
Ruben Banerjee, Bhavna Vij-Aurora May 16, 2019 00:00 IST BJP Won't Get More Than 10 Seats in UP; Congress Will Get 4 In Delhi, Says Rahul Gandhi 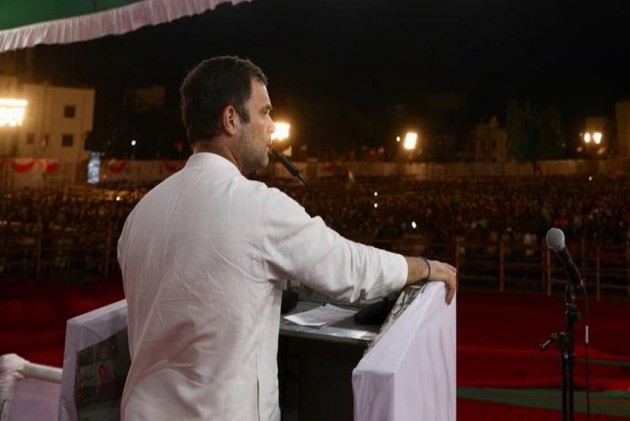 Congress President Rahul Gandhi, in an exclusive interview to Outlook, claimed that his party will win at least four of the seven parliamentary seats in the national capital.

Asked if an alliance in Uttar Pradesh and Delhi would have propelled Congress to a better position, Rahul said even without a formal alliance in UP, he has asked his sister and Congress general secretary Priyanka Gandhi Vadra and Jyotiraditya Scindia to "fight as hard as you can to win" on seats where they are in game.

"In seats, where we are feeling we’re not in the game, make sure that the BJP loses," he said, adding, "the energy of the opposition is united in UP and you can see the results."

"The BJP is not getting more than 10 seats in UP, and I’m being optimistic on that," Gandhi said.

On Alliance With AAP:

About Delhi, Rahul said the Congress was in favour of fighting this election with Aam Aadmi Party (AAP) on its side against the Bharatiya Janata Party (BJP) but blamed chief minister Arvind Kejriwal for failing to build a united front.

The Congress had drawn a blank in the 2014 Lok Sabha polls, with all its seven candidates finishing a distant third to AAP. The BJP had a 100% record back in the day. Political observers had said that a Congress-AAP alliance, had it materialised, could have led to a clean sweep in Delhi.

Gandhi said the entire Congress unit was against the idea of joining hands with AAP. "There was a meeting with the opposition and Mr Kejriwal happened to be there and he requested me and said we should have an alliance in Delhi," he said.

He said that he proposed a 4-3 seat share in favour of AAP, adding that, in fact, initially there was a plan to have an independent candidate and three candidates each from the two parties.

"I went to my people and said, let’s work with AAP in Delhi. But Mr Kejriwal then turned around and said add Haryana and Punjab too," Gandhi said.

"The truth is clear, he didn’t really want an alliance in Delhi. He was looking to piggyback on the Congress to try and build a national footprint."