Among the nine who put in their papers, three are BJP MLAs and the others include four cabinet ministers. 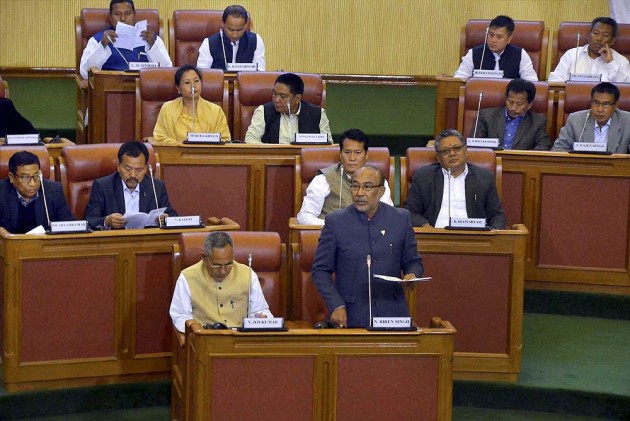 In a dramatic development, nine MLAs in Manipur, including the deputy chief minister, have announced their decision to withdraw support from the current BJP-led coalition government on Wednesday.

The other two MLAs to have withdrawn their support are -- All India Trinamool Congress’s L Robindro and independent legislator Ashabuddin.

“I do understand that right now the world is facing a problem of the greatest catastrophe of pandemic COVID-19. Our state, despite financial constraints, is trying best to keep the outspread of COVID-19 under control. As such, it may not be the right time for me to ask for my relinquishment from discharging from my duties and responsibilities of being the minister-in charge of health and family welfare. The only thing I could have done was running around and listening to the grievances of the people. However, I’m constrained to request you to relieve me from my responsibilities as minister,” Jayantakumar Singh said in his resignation letter to the CM.

Former CM and Congress leader Ibobi Singh claimed that they have 27 MLAs and have the support of four belonging to NPP, one each of AITC and Independent, and hence, they have 33 on their side in the 60-seat Assembly.

One Assembly seat is presently vacant after disqualification of Thounaojam Shyamkumar Singh.

With the latest three resignations, the BJP and its allies are left with 23 MLAs and Congress has 29.