Manish Shukla, who was a close aide of Barrackpore's BJP MP Arjun Singh, was shot dead in front of the party's office in Titagarh on October 4. 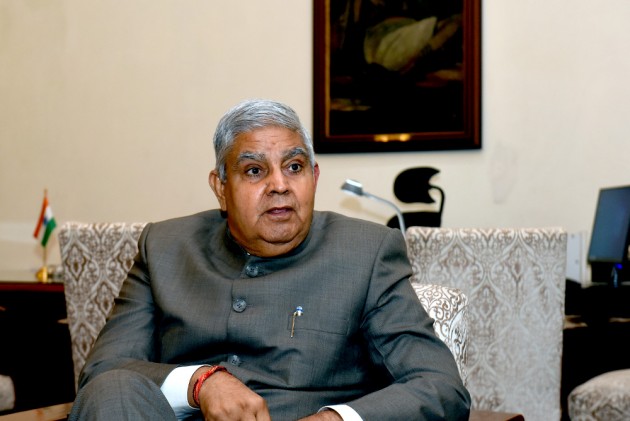 The delegation alleged the state CID, which is investigating the case, is misdirecting the probe to falsely implicate political opponents in the BJP, Dhankhar said in a Twitter post.

Shukla, who was a close aide of Barrackpore's BJP MP Arjun Singh, was shot dead in front of the party's office in Titagarh on October 4.

The state Criminal Investigation Department (CID) has so far arrested three persons in connection with the killing.

The delegation, also comprising BJP leaders Jaiprakash Majumdar and Sabyasachi Dutta, handed over a letter to the governor at Raj Bhavan demanding a CBI probe into the case.

BJP lawmaker Arjun Singh had on Saturday alleged that the CID was "plotting" to frame him in the murder case.

Dhankhar, who has had frequent face-offs with the Trinamool Congress government in West Bengal, has often raised questions on law and order in the state and claimed that political opponents were not being given space for democratic movements.

A PIL has also been filed before the Calcutta High Court seeking a CBI investigation into the killing, claiming that a free and fair probe is only possible if a central and independent agency is in charge of it.