Basavaraj Bommai hails from the Lingayat community, which is a key support base for the BJP in Karnataka. 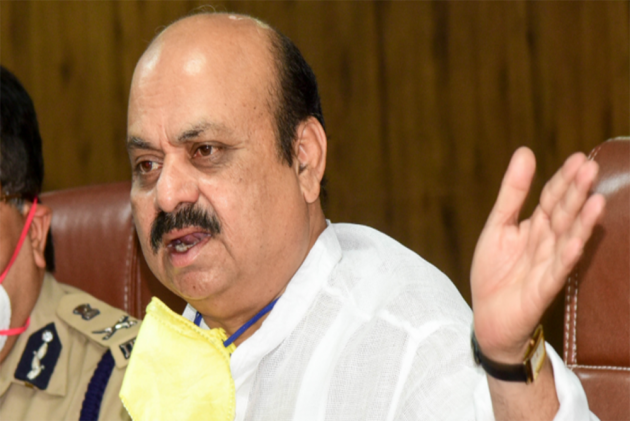 BJP leader Basavaraj Bommai, a BSY confidante and home minister in the BS Yediyurappa cabinet was sworn in as the new Karnataka Chief Minister on Wednesday.

The 61-year-old leader was administered the oath of office and secrecy by Governor Thaawarchand Gehlot at the Raj Bhavan in Bengaluru.

The move follows a BJP legislature party meeting, which was held earlier in Bengaluru yesterday

"The new leader proposal was made by senior leader B S Yediyurappa and was supported by Govind Karjol, R Ashok, K S Eshwarappa, B Sriramulu, S T Somashekar, Poornima Srinivas, and the newly elected legislature party leader and new Chief Minister will be Basavaraj Bommai," Pradhan said after the meeting.

Soon after the announcement, Bommai sought the blessings of Yediyurappa, and he was greeted by other party leaders.

Bommai, 61, is seen as a confidant of Yediyurappa and, like him, hails from the Lingayat community, which is a key support base for the BJP in Karnataka.

According to the Governor's office, the oath-taking ceremony was to take place at Glass House in the Raj Bhavan.

The 61-year-old Bommai had earlier said that he alone will take the oath of office on Wednesday.

Ending months of speculation over his exit, Yediyurappa on Monday stepped down as the Chief Minister, coinciding with his government completing two years in office.

Governor Thaawarchand Gehlot accepted the 78-year-old BJP veteran's resignation, and dissolved the Council of Ministers headed by him, with immediate effect.