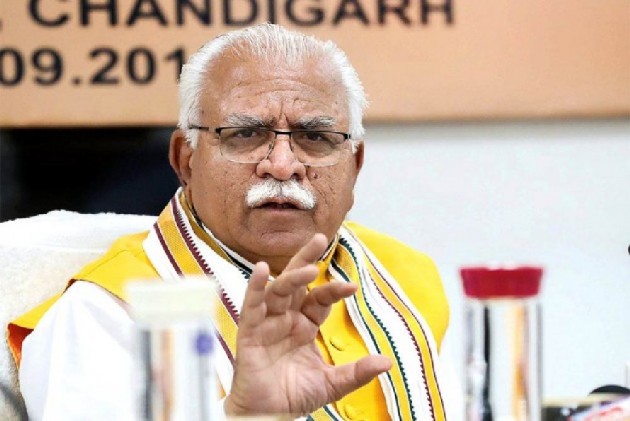 Within hours of the Haryana electorate throwing up a hung assembly, rumours of the state BJP chief, Subash Barala, resigning from his post started doing the rounds on Thursday. But Barela has rubbished the reports, denying he had submitted his regination to anyone.

Meanwhile, the BJP camp, anticipating that the contest might just go down to the wire, summoned chief minister Manohar Lal Khattar to decide the future course of action in the state.

As per the latest trends, Barala is trailing by 25,090 votes over Jannayak Janta Party (JJP) candidate Devinder Singh Babli from the Tohana seat.

As the counting was in progress, Barala had left the counting centre midway sensing he was losing from Tohana.

The BJP, which had set a target of winning 75 seats in the 90-member assembly ahead of the polls, is leading in 38 seats, while the Congress is ahead in 32 constituencies.

The fledgeling Jannayak Janta Party (JJP), which fought its maiden assembly polls, is also ahead in 10 seats.

Khattar has been summoned to the national capital by the high command, BJP sources said.

If the trends hold, no party in Haryana appears to attain a simple majority to form the government. In such a scenario, a coalition government is likely in which the emerging JJP is likely to play a key role in determining who between the Congress and the BJP comes to power. Former MP and JJP chief Dushyant Chautala is likely to be the kingmaker in the formation of the new government in Haryana.

Anticipating the above scenario, the Congress, too, had summoned former chief minister and senior leader Bhupinder Singh Hooda to the national capital, according to sources in the party.  Hooda, has predictably, urged non-BJP outfits in the state to join hands and has offered to form an alliance.

"This mandate is against the BJP. The JJP, INLD and others, including the Independents, should join hands with the Congress to keep the BJP at bay," the two-time chief minister told reporters in Rohtak.

Chautala, however, said, "So far, we have not taken any call on supporting other parties...we have convened the working committee meeting of the party tomorrow," Chautala said, adding that his party would play a crucial role in the formation of the government.

He is way ahead of his closest rival BJP's Prem Lata, wife of former union minister Birender Singh from the Uchana Kalan seat.

Meanwhile, JJP supporters and party workers, including women, were seen celebrating in front of the JJP's office in Jind. The workers distributed sweets among each other and exuded confidence that Chautala would be the next chief minister.

Hooda, on being asked if the Congress had made an offer of the chief minister's post to Jannayak Janta Party chief Dushyant Chautala, Hooda said no such talk had taken place.

Hooda, who is leading by a comfortable margin from his stronghold Garhi Sampla-Kiloi in Rohtak district, said the people had given their mandate against the BJP over it's "non-fulfilment of promises and non-performance".

Appealing non-BJP outfits to join hands with the Congress, Hooda assured them that they would be given due respect. "We are prepared to form a strong government," he said.

Taking a jibe at the BJP, Hooda said: "Those who were claiming to win more than 75 seats, people have shown them the reality and they have been limited to around 30 seats."

The Congress leader said the ruling BJP had no moral right to stay in power as it looked way off from even getting the majority. "Many of their ministers are facing defeat," he said.

He alleged that Independents were not allowed a free hand by the ruling BJP.