Sheikh Waseem Bari, along with his father and brother, was outside his residence when he was attacked around 8:30 pm. 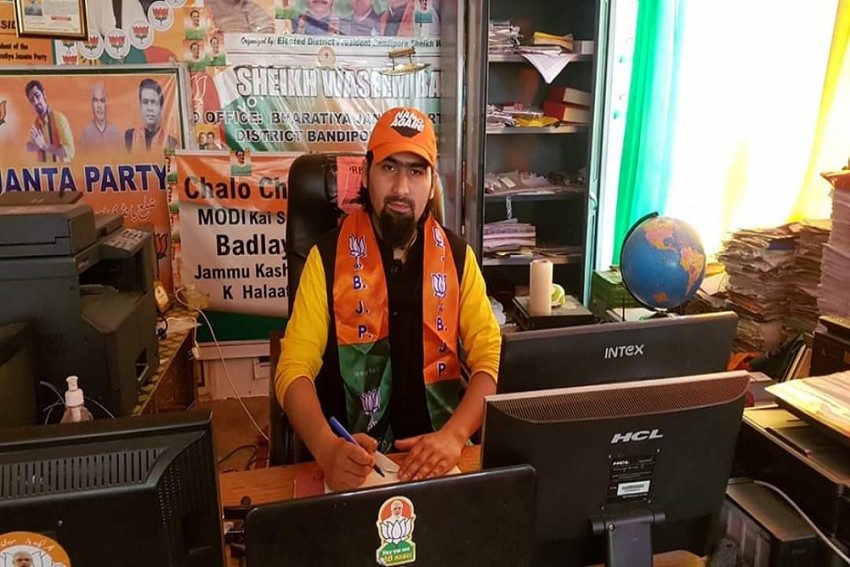 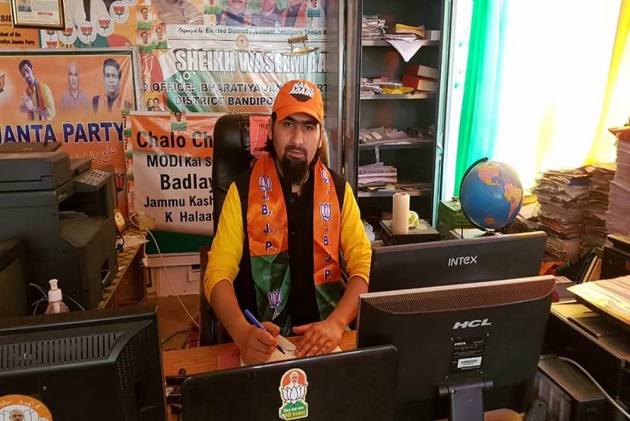 A BJP leader, his brother and father were shot dead by terrorists in the heart of Bandipore town of North Kashmir Wednesday night, prompting the Jammu and Kashmir authorities to arrest seven policemen for alleged negligence in protect him, officials said.

The incident took place at the shop-cum-residence of BJP leader Wasim Bari, earlier district president of the party, where some motorcycle-borne terrorists attacked the three from a close range with a silencer-fitted revolver, they said.

Bari was the face of the BJP in North kashmir and played a huge role in getting cadres for the party in there.

The place of incident is barely 10 metres away from the main police station, they said.

J&K Director General of Police Dilbagh Singh said Bari and his family members at the shop when the terrorists fired at them. The trio was shifted to the district hospital in a critical condition where they succumbed to their injuries.

Besides Bari, his brother Umar and father Bashir Ahmad were killed in the firing, police said.

Seven policemen have been arrested for alleged negligence in protecting Bari, police said.

Shocked and saddened by d killing of young BJP leader Wasim Bari and his brother by terrorists in Bandipora. Bari’s father who is also a senior leader was injured. This despite 8 security commandos. Condolences to d family. pic.twitter.com/hAKnOudaxj

Former chief minister Omar Abdullah expressed his condolences over the incident. "I condemn the attack. My condolences to their families in this time of grief. Sadly the violent targeting of mainstream political workers continues unabated,” he tweeted.

Former Bandipore MLA Usman Majid condemned the incident and demanded a through probe into the alleged deteriorating law and order situation the Kashmir valley.

"How can terrorists comes so close and hit their target which is barely 10 metres away from the police station in the town," an agitated Majid, who is a founder leader of JK Apni Party, said.

He said he would take up the matter with Lt Governor of Jammu and Kashmir after consultations with his party leadership.

Former MLC and senior BJP leader of the union territory Surinder Ambardar said, "It is very unfortunate that Pakistan's frustration is visible by destadlising the democratic institutions whereas the BJP has made its visible imprints in the Kashmir valley.”

The Congress and the PDP also condemned the incident.

"Distraught at the recurring spate of killing of political workers in Kashmir. While we express our unconditional sympathies with the family, the administration has squarely failed in ensuring adequate security arrangements amid deteriorating security conditions," the PDP tweeted.