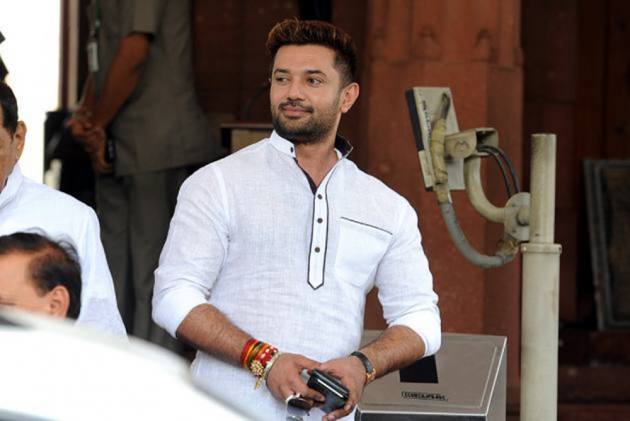 A joint family known for years as an epitome of political unity in Bihar has finally disintegrated, barely a few months after the death of its patriarch, former Union minister Ram Vilas Paswan.

The five of its six MPs have ‘replaced’ Chirag with Paras as the national president and the leader of the parliamentary party in the Lok Sabha. They have already met Lok Sabha Speaker Om Birla to inform him about the ‘change’ in the party. Paras insists that he has not split the party but saved it from disintegration after his brother’s demise.

Apart from Paras, the MPs who have sounded the bugle of revolt are Mehboob Ali Kaiser, Veena Devi, Chandan Singh, and Prince Raj, who happens to be the son of another brother of Paswan and former MP, late Ramchandra Paswan. It leaves Chirag without any MP by his side either from his family or the party.

The revolt comes at a time when there are talks about a possible expansion of the Modi Cabinet. Speculations are rife that Paras may be accommodated as the Cabinet minister in place of his brother who passed away in October last year.

The rebellion comes as a bolt from the blue for Chirag at a time when he is not keeping good health. He is, however, trying his best to placate his uncle, cousin, and other Party MPs in his last-ditch bid to keep the party united. He reached Paras’s residence in Delhi on June 14 and is learnt to have offered to make his mother Reena Paswan the national president of the party. He is also said to have offered to talk on all the issues with the ‘rebel leaders’.

Meanwhile, LJP insiders in Bihar allege that Chief Minister Nitish Kumar is behind the revolt, though Janata Dal-United has denied it vehemently. “As you sow, so you reap,” says JD-U’s national president R C P Singh.

There is no denying the fact that there has been no love lost between JD-U and LJP for many years. Their relations nosedived to an all-time low when Chirag fielded party candidates against all JD-U candidates in the 2020 assembly polls. JD-U had at the time suspected that Chirag had done that at the behest of BJP to weaken Nitish in Bihar.

Although LJP failed to win more than one seat, the presence of party candidates did harm the prospects of JD-U nominees, as the party lost about 25 to 30 seats due to a split in its vote share. The LJP MPs, especially Paras, are learnt to have been unhappy over Chirag’s decision to walk out of NDA in Bihar and fire salvos at Nitish. Paras had even spoken in favour of Nitish. He had a soft corner for Nitish who had made him a minister in 2017, though he was not a member of the either House of Bihar legislature.

Nonetheless, since the party patriarch Paswan was not well at the time, Chirag continued to have his say even though there was perceptible resentment among the party leaders over his alleged autocratic style of functioning.

There were also heartburns in the party when Chirag was anointed as the chairman of the LJP parliamentary board soon after he entered politics but since it was a decision taken by the venerated party president, nobody could dare to question it.

In his lifetime, Paswan Senior held the family together like glue. Quite fond of both his brothers, Paras, and Ram Chandra, he made both of them MP and MLA for several terms and also gave them key positions in the party.

While Paras remained the state president of the party for several years, Ram Chandra headed the Dalit Sena wing of LJP. When Ram Chandra passed away after winning the 2014 Lok Sabha elections, Paswan Senior fielded Ram Chandra’s son Prince Raj in the by-election to the Samastipur Lok Sabha seat to make him MP.

Paswan’s brothers and nephew also revered him and owed their political careers to him. But after his death, the cracks in the family unity began to show gradually, which finally culminated in the bitter ‘vertical split’ in the party.