Students of the Sanskrit department have been demonstrating against the appointment of the Muslim professor as their faculty member. 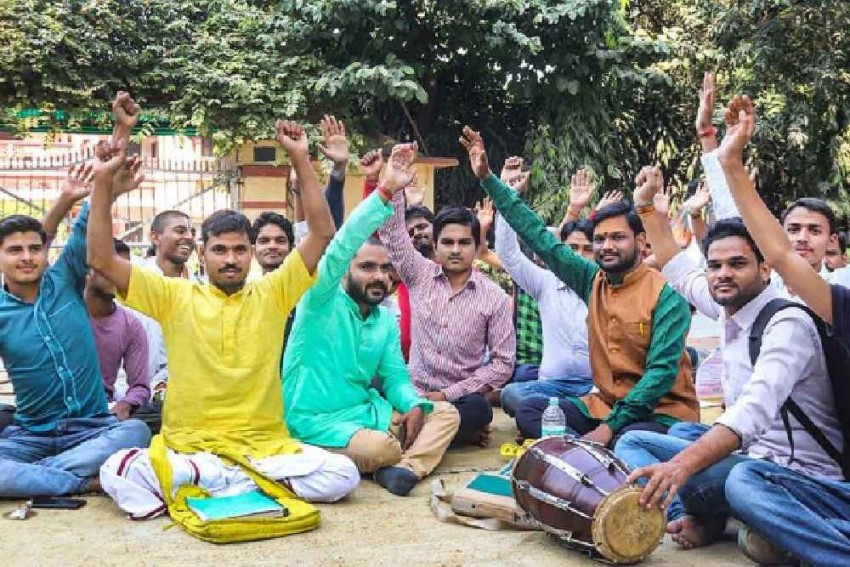 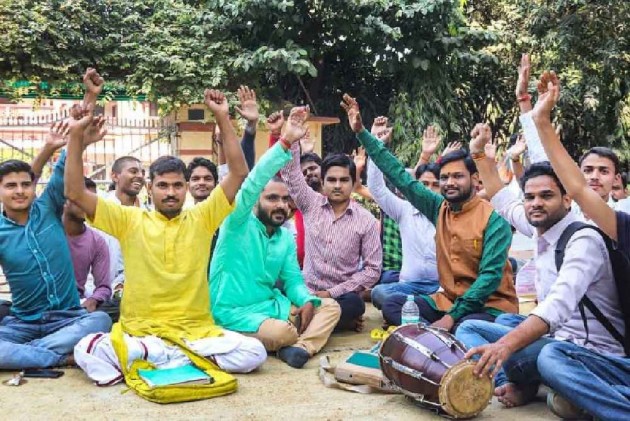 The student protests over appointment of Dr Feroz Khan as an assistant professor at the Banaras Hindu University's Sanskrit Vidya Dharam Vigyan are now seeing counter-protests by another section of the university's pupils.

Even as students of the Sanskrit department continue to protest against the appointment of a Muslim professor as a faculty member, another group has started taking out processions in support of the professor who has not been able to take classes since his appointment due to the ongoing protests.

These students, carrying placards saying 'We are with Feroz Khan', held a peace march within the campus in support of Khan. It was a joint initiative by outfits like the NSUI, Youth for Swaraj and AISA, they held the banner of 'Joint Action Committee'.

Vikas Singh, a PhD student of Political Science and a member of NSUI, said, "Through our peace march, we tried to tell that we welcome Dr Feroz Khan in this university that was established by Pandit Madan Mohan Malviya. There should be a solution to this issue. The students protesting against his appointment have a narrow casteist mentality."

Meanwhile, Vindheshwari Mishra, Dean of Sanskrit Vidya Dharam Vigyan, said, "No one knows where Dr Feroz Khan is staying. He has not come here and some people claim that he has gone to visit his family in Jaipur.

Khan has not been meeting anyone and his mobile phone is switched off.

Vice-Chancellor Rakesh Bhatnagar has not deviated from his stand that Khan's appointment was legitimate. Several BHU professors have also come out in support of Khan.

Last week, BHU backed the appointment of Khan, saying it was committed to providing equal opportunities to everyone irrespective of religion, caste, community or gender.

A group of students, especially from the Sanskrit department, has been staging a dharna against Khan's appointment since November 7. The Akhil Bharatiya Vidyarthi Parishad (ABVP), the student wing of the BJP, has extended support to the protesting students.

The protesters say only a Hindu can teach Sanskrit at the university.

In another development, a group of saints in Varanasi have also condemned the protests against Khan and said that the professor and his family have been running a cow shelter and have deep faith in the Hindu culture.

Khan's family lives in Rajasthan's Bagru where the professor grew up in an atmosphere immersed in Sanskrit and “Hindu traditions”.

His father Ramzan Khan himself holds the Shastri qualification in Sanskrit, composes religious songs and performs ‘gau sewa’ at the nearby cattle shed. At the same time, he visits the mosque and offers namaz.

The local Hindu community, as well as his own relatives, are okay with this.

“I was very happy when my son was appointed at the prestigious Banaras Hindu University. The protest by students is unfortunate and I would like to urge the agitating students to recognise my son and see what kind of background he has,” Ramzan Khan said.

'Complete Unanimity' Between Congress-NCP, Discussion With Shiv Sena On Friday