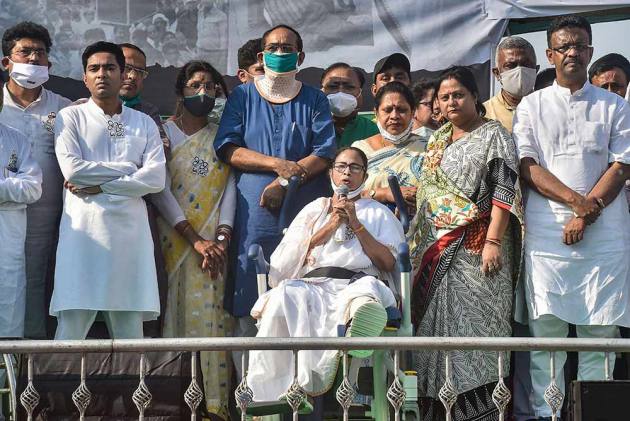 On Sunday afternoon, without hours of the beginning of the counting, the BJP’s Bengal in-charge and national general secretary Kailash Vijayvargiya nearly conceded defeat when he said, “It seems the people of the state preferred Mamata Banerjee as the chief minister. Nevertheless, we have fared quite well, given that we won only 3 seats in 2016.”

The very reference to 2016 was accepting defeat, because the party, over the past two years, has always cited the 2019 Lok Sabha election results as the benchmark when they had taken lead in 121 seats against 164 of the Trinamool Congress. The party thought it was within striking distance and called for winning 200 seats in the 2021 state elections.

Since then, the party has invested heavily in the state, providing the relatively weak state unit with leadership and logistic support. The outcome, however, has been far from satisfactory for a party that was constantly claiming that the fall of the Mamata Banerjee government was only a matter of formality. As of 10pm on Sunday, the party was declared winner in 43 seats and was leading in another 35, which meant their tally was expected to be 78. It’s only two-third of their Lok Sabha election leads.

After the trend became clearer by the evening, the BJP’s state unit president Dilip Ghosh had no hesitation in saying that keeping the morale of their workers up was going to be one of their priority tasks.

The extent of disappointment could be guessed from the fact that Ghosh, who had given the slogan of “there will be change and revenge”, called for peace on Sunday.

Mamata Banerjee’s party, on the other hand, was on the seventh plane. By 10 pm, the party was declared winner in 148 seats and leading in another 63, which meant they were expected to retain their 2016 tally of 211 seats. However, their vote share at 47.9% stood higher than the 45% secured in the 2016 Assembly elections.

This result, despite a series of defections of TMC ministers, MLAs and MP from the TMC to the BJP and a high-voltage campaign involving Prime Minister Narendra Modi, Union home minister Amit Shah, the party’s central leadership, Union ministers and chief ministers of other BJP-ruled states, has aptly prepared the ground for the party’s next agenda: Mission Delhi.

“Didi has been trying to play a greater role in national politics since winning the 2011 elections. The party had made advances in Tripura and Manipur but failed to retain those. She, nevertheless, had continued with her efforts to forge an alliance of the Opposition parties against the Modi regime. Now, that effort will be intensified,” said a TMC Rajya Sabha MP who did not want to be named.

Ahead of the 2019 Lok Sabha elections, too, Mamata had tried to bring all the parties together and managed to organise the biggest show of unity of Opposition parties in Kolkata's Brigade Parade Ground in January 2019. However, later differences emerged among different parties and the alliance did not materialise.

This time, in the run-up to the 2021 Assembly elections, Mamata had written to the leaders of all regional and national parties opposed to the BJP to together plan agitations against the Centre once the state elections were over.

Formally, Mamata said on Sunday evening that handling the Covid-19 pandemic situation was her priority at present. However, senior TMC leaders said that while Mamata will focus on governance, leaders like Rajya Sabha leader Derek O’Brien and Lok Sabha leader Sudip Bandyopadhyay would be working on coordinating with other parties on national issues.

Notably, a number of parties from other states had lent their support, at least a moral one, to the TMC in this election and refrained from fielding candidates here. They include the Shiv Sena and Nationalist Congress Party of Maharashtra, the Rashtriya Janata Dal of Bihar, Jharkhand Mukti Morcha of Jharkhand and the Samajwadi Party of Uttar Pradesh.

That Mamata’s importance among Opposition leaders increased after the Sunday results became evident from Shiv Sena’s Sanjay Raut’s statement in the evening that she had shown the country that Modi and Shah were not invincible.