In two separate incidents of violence, five people were shot dead in West Bengal’s Cooch Behar district during the fourth phase of Assembly elections on Saturday 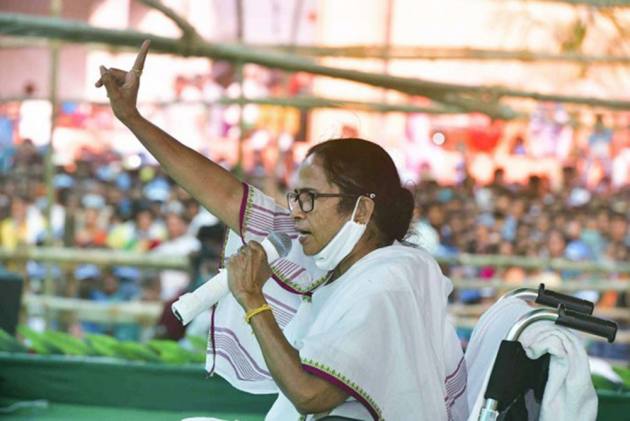 After violence broke out in West Bengal’s Cooch Behar district on Saturday, during the fourth phase of polling for Assembly elections, Chief Minister Mamata Banerjee appealed to everyone to stay calm.

In two separate incidents of violence, five people were shot dead in the district. A scuffle between locals and CISF personnel in Sitalkuchi resulted in CISF personnel opening fire at a gathering near a polling booth in the area. The incident left four people dead.

Prior to that, a first-time voter was dragged from a polling booth and shot dead by unidentified persons in Pathantuli area.

Amid this, appealing to people to remain calm, Banerjee asked Union home minister Amit Shah to explain why did the central forces fire on people in Sitalkuchi.

Claiming she had long apprehended such a situation after watching the "high handedness" of central forces for long, Banerjee said, "After killing so many people they (Election Commission) are saying the firing was in self defence. They should feel ashamed. This is a lie.

"The CRPF opened fire on people standing in a queue to vote, killing 4 in Sitalkuchi. I have been apprehending that the forces' would act in such manner for long. As BJP knows it has lost the people's mandate, they are conspiring to kill people," Banerjee charged.

She also alleged this was part of a conspiracy hatched by the Union home minister.

"However, I would ask everyone to remain calm and cast their vote peacefully. Avenge the deaths by defeating them," she said.

Banerjee said that the death toll in this election was far higher than that in the Panchayat elections held three years ago. "If you count the total number of killings since the elections began some 17-18 persons were killed. At least 12 people belonged to our party alone."

Banerjee said the EC owed the people an explanation on today's incident.