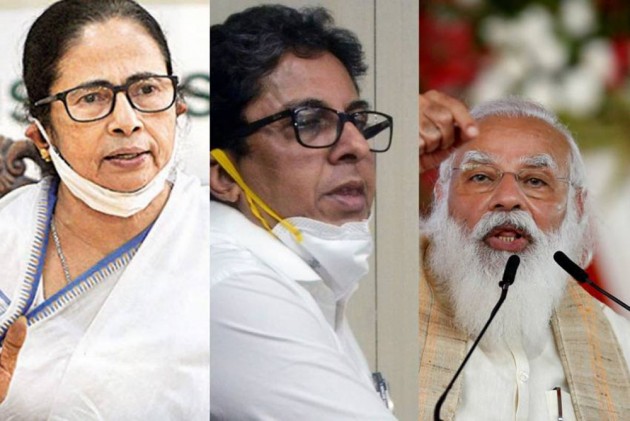 West Bengal Chief Minister Mamata Banerjee announced that the state chief secretary Alapan Bandyopadhyay retired on Monday and that he will serve as the chief advisor to Banerjee for the next three years.

This development comes in the backdrop of the TMC and BJP indulging in a war of words over Banerjee’s decision to not attend a cyclone review meeting with Prime Minister Narendra Modi.

Banerjee and Bandyopadhyay were scheduled to attend a review meeting along with Prime Minister Narendra Modi to gauge the impact of cyclone Yaas in Bengal on Friday.

However, Banerjee and Bandyopadhyay did not attend the meeting but entered the room from where Modi was holding the meeting and submitted a report to him on the damages caused by the cyclone in the state, and sought a Rs 20,000 crore package for redevelopment of the worst-hit areas.

Soon after the incident, the Centre issued a notice recalling Bandyopadhyay to Delhi.

Earlier, in a letter to Modi, Banerjee wrote, "The government of Bengal cannot release, and is not releasing, its Chief Secretary at this critical hour, on the basis of our understanding that the earlier order of extension, issued after lawful consultation in accordance with applicable laws, remains operational and valid."

She further added, “Presume earlier order by centre made in consultation with state government extending Chief Secretary's tenure for three months from June 1, stands. All-India service and laws framed for it, have federal cooperation as cornerstone of its legal architecture.”

Bandyopadhyay, a 1987-batch IAS officer of West Bengal cadre, was scheduled to retire today after completion of 60 years of age. However, he was granted a three-month extension following a nod from the Centre to work on Covid management.