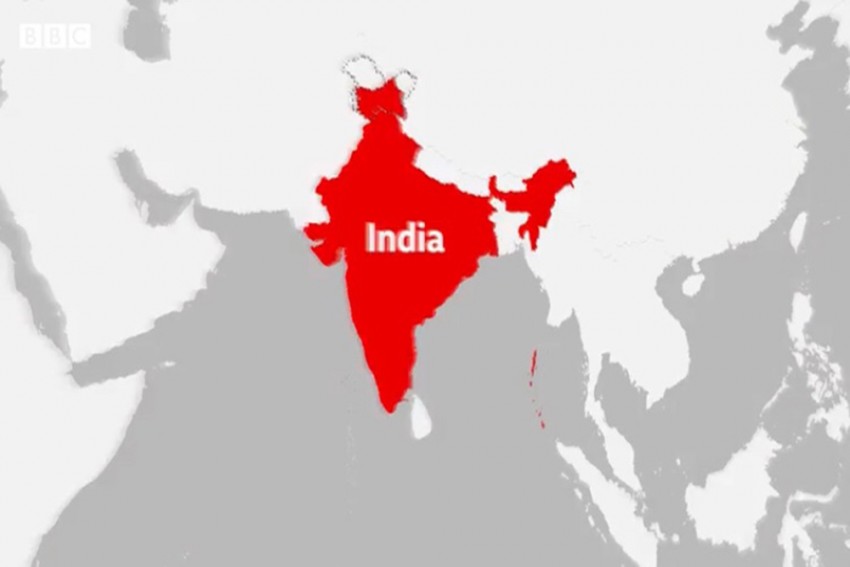 The controversial map displayed by the BBC during one of its online programmes
Twitter
Outlook Web Bureau 2021-01-20T11:06:25+05:30 BBC Issues Apology For Displaying An Incomplete India Map Which Didn’t Include J&K 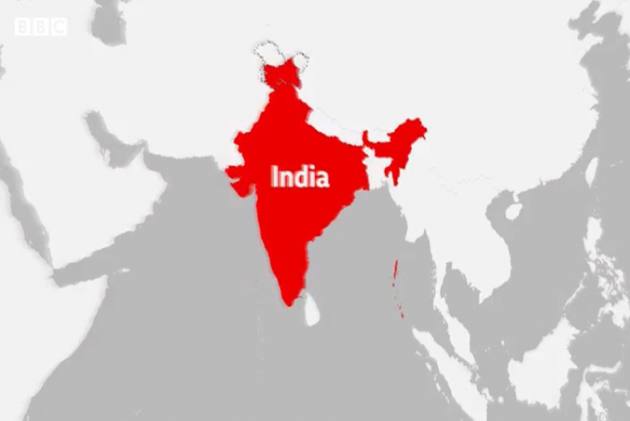 After the international news channel BBC displayed an incomplete India map during a show, the channel issued an apology on Tuesday and claimed that it has rectified its mistake.

This comes after the channel displayed an incomplete India map with the Union Territories of Jammu and Kashmir missing. This incident occurred during a video broadcast about President-elect Joe Biden on BBC World Service titled 'US Election 2020: What do countries around the world want from Joe Biden'.

BBC’s apology also follows a formal letter of complaint by Labour Party MP Virendra Sharma.
Sharma, who is also chair of the Indo-British All Party Parliamentary Group (APPG), termed the incident as "deeply insulting" in a letter addressed to the Director General of the British Broadcasting Corporation (BBC), Tim Davie, and called for an explanation of the editorial guidelines followed.

"This map shows an incomplete India, it does not highlight Jammu and Kashmir which is recognised as a core and integral part of India. To represent Jammu and Kashmir as anything less than Indian is deeply insulting to millions of Indians living here in the UK and in India," read his letter, issued on Monday.

It called on the BBC to withdraw the graphic and republish with the correct geographical boundaries and also called for action to prevent this happening again.

"The BBC World Service is a fantastic resource, an amazing part of our soft-power and a real force for good around the world, this record is under threat if the World Service is perceived as partisan and ‘anti-India’ as is currently being asserted online. As a member of the International Development Select Committee, I have seen the great work the World Service can do, I do not want to see that put at risk," added Sharma, who represents the heavily Indian diaspora constituency of Ealing-Southall in west London.

His letter followed a social media outpouring over the issue, with members of the Indian diaspora demanding immediate action.

The BBC responded with an apology and updated the online broadcast with the map of India reflecting the boundaries of Jammu and Kashmir in the standard format used by the news channel in the UK.

"From London we mistakenly published a map of India online which contained inaccuracies and is not the standard map used by BBC News. It has now been corrected. We apologise for any offence caused," a BBC spokesperson said.